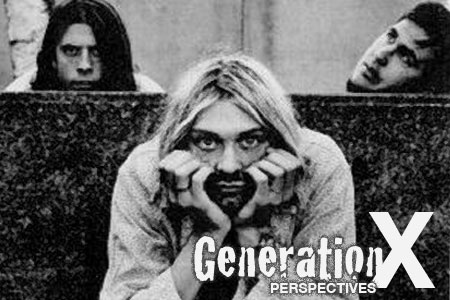 Gen Xers have been screwed so badly in NZ.

Not only were they the first generation to pay for their education, they then had to start saving for their retirement and they have been priced out of buying a home in a  speculative market.

NOW they are also being told that they will need to wait until they are 67 to even get their bloody retirement.

Being a Gen Xer in NZ is harsh, this article sums up the day to day reality of most Gen Xers…

Every morning you check Seek, you check Trade Me, you check every bloody job site you can find and then you remind yourself of everything you’re grateful for – that was my doctor’s advice and it seems to help. I am a member of Generation X-Employed.

Now I don’t have any fancy science to back up this claim, just far too many darkly hilarious chats over possibly a few too many beers. If I was to define us, it’d the the last gasp of the Boomers and opening overs of Gen X, overwhelmingly tertiary qualified, and all formerly part of now-dying industries. We don’t really show up in employment statistics, maybe because we refuse to accept the reality of what has happened and register as jobless, instead we prefer to use terms like independent contractor.

And it kind of sucks. Again, maybe because we didn’t see it coming, but also because it wasn’t the life path we’d been sold as pups. Our parents and even some of our grandparents had careers. The kind that lasted a lifetime, the kind that forge your identity, the kind that become a central plank of your obituary. The trick, we were told, was to find one you enjoyed and, if you worked hard, showed loyalty and didn’t abuse any privileges that might come along with it, you would be rewarded with promotion, more money, Friday drinks and a morning tea when you retired.

Instead, it turned out that the technology we craved to make our work easier ended up, in one way or another, going all Skynet on our arses.

And of course we’re far from unique in this situation, what with youth unemployment and a constantly changing work environment, it appears that the employment window for future generations is narrowing. Having just one job will sound foolish, rather everyone will need a portfolio of incomes and short-term contracts. Well that’s what I reckon anyway and it’s the approach I’m trying to adopt. Okay, I’ve only got to two incomes streams, trickles really, but the dream remains alive even if I hate the hustle to death.

As a result I will cop to being more a work- than a job-hunter. Oh, I’ve applied for a metric truckload of jobs, but really it’s like my turn was called and I didn’t hear. Instead of having shown loyalty in my past job I’m asked if I’m institutionalised.

When I’m asked – if you actually get a response to your application let alone an interview– why do you want to work here? Because I’ve got kids to feed and it’d do plenty to reduce my stress levels might be honest, but, well, you know. Then they always want to know about my social media game; I really don’t like the rules – and don’t get me started on the HR gatekeepers, there aren’t enough walls to line them up against.

How it is that a bunch of nobodies get to decide who best fits the mould of a job they have no idea about has me beat.

Okay, I’m still carrying around some anger issues. It’s my second redundancy, that’s life, but the way we are walked out the door by people who then pat themselves on the back for a job well done is inhuman.

And you do, at some point, have to. The constant stress of where the next bunch of money is coming from is hard enough without lying awake over revenge fantasies. You have keep going. So every morning you check Seek, you check Trade Me, you check every bloody job site you can can find and then you remind yourself of everything you’re grateful for – that was my doctor’s advice and it seems to help.

Speaking of whom, don’t be afraid of getting real help. I came close to a total meltdown when, on top of everything else, an old friend went into a hospice. So I swallowed some pride and now every morning I’m taking a pill I’ll never be able to pronounce and hey presto, sleep is my friend again and I’ve recovered a smile. Which doesn’t mean I’m drinking any less but hey, when you’re an independent contractor every day is Friday.

Still, balance in all things, my mum says, so I’ve upped my exercise routine along with the guzzling, again, partly on doctors orders. If nothing else it means I’m not a total ruin at job interviews.

But something has to give. Until now I’ve stubbornly insisted on making a living from the craft I spent 20 years honing. Almost the day after leaving work I cracked into what I figured I should and began talking to others in the same boat. I put out feelers to people who might be able to help, I wrote my first CV in decades and started researching whom I could blag my wares to.

I just never thought it’d be this hard or all-encompassing. You end up thinking about work all the time, will this help, will this hinder? I’m tired of it. I’m even feeling paranoid about this story – there’s no hiding from Google – along with pretty much everything I say on social media.

She’ll be right. Even if only because it has to be, so I’m thinking about retraining possibilities and even the potential of getting in a housemate. It’s arse though that getting a job feels like winning Lotto, and as I say, there are plenty of people like me out there. Hey, I know, let’s stay the course, get through summer and start all over again next year.

NZs intergenerational theft is always loaded against Gen Xers. With so many Gen Xers fleeing NZ to pay their student loans off, Baby Boomers forever have the tyranny of the majority to ensure their cradle to grave Government subsidy will never end.

We have so much to thank Baby Boomers for. They forced social change, increased personal freedoms and demanded accountability from Government. They protested Vietnam War, feminism, nuclear free NZ and the Springbok tour, but what they failed to protect was the very universal provision of social services that set them up so well in later life. Boomers are happy to benefit from universal provision, but not happy to share it, the charmed existence of the boomer hasn’t existed for anyone but them.

And then there are the Millennials.

I think there are deep cultural issues here between Gen X and Millennials.

Living in the shadow of nuclear annihilation, Gen Xers distrust authority and always challenges it and so demand a system that is fair for everyone. They started to see the erosion of the cradle to the grave state subsidy that Boomers have enjoyed and demanded it for everyone out of solidarity and a sense of a collective enemy.

As the first user pays generation though, Precariat Millennials are fighting for change because they want what the Baby Boomers had for themselves, not because it’s a socially just thing to do. Me first cultural norms mixed with narcissistic social media has created an identity politics that is crippling in its individualism, not bonding.

Without an idealogical compass, self interest to a user pays generation becomes confused with self interest for all. No where can that be seen better than by the Spinoff’s support of Bill Ralston.

This is the legacy of 30 years of neoliberalism, this is the mythology that success is an individual pursuit that has nothing to do with the hegemonic structures of power within a society and being poor is a personal choice. This idealogical virus has infected user pays society and warped the values.

That’s not to attack Millennials with the usual ‘they are a selfish generation and blah blah blah’, they have these values because that’s what a user pays culture does.

This all however comes to an abrupt end because of climate change. The world Millennials are inheriting from Boomers and being forced to share with Gen Xers destroys those individualistic values because co-operation is the only way we can face the challenges of climate change.

A progressive Government coming into challenge this intergenerational theft should first consider reapplying death duties to redistribute all that boomer good luck to other generations because the current situation can’t and won’t stand.

The reason this will all change is because millennials, Gen Y and X are waking up to the scam they’ve been served up and the intergenerational theft that has allowed it to happen. Politics stops being some disconnected thing when you bear the brunt of it.

That will change as life gets progressively more difficult and by 2023 Gen X and Y and those boomers still with a political conscience will finally outnumber the Speculator Boomers, and that’s when a political revolution has the opportunity of finally ridding us of self interested speculator boomer politics and we begin building a new nation.

Time is on our side comrades.