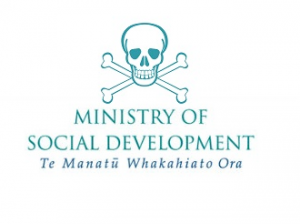 The horror of what Australia are doing to their own beneficiaries has been laid bare by the Centrelink scandal where a new big data sharing system (which is being mooted in NZ) has sent thousands of Australians debt collection threats.

Unfortunately this style of neoliberal welfare punishment has been operating in NZ for decades.

WINZ has over the last 30 years of neoliberalism become the worst abuser of poor people in the country. They refuse to tell beneficiaries what the ‘relationship’ equation is and as such have a secret spying department who trawl beneficiary social media accounts to catch them out having ‘relationships’. WINZ then claim this is benefit fraud.

How many beneficiaries have been caught out in this type of ‘fraud’? 60% of sole parent beneficiaries owe money to WINZ because of over payments which WINZ have called ‘fraud’.

This is just insane, these people will never get out of debt to WINZ and by refusing to explain what a relationship actually is, WINZ keep doing this to purposely create fear amongst beneficiaries in a corporate culture geared to intimidate and hurt the most vulnerable in NZ society.

Look at the horror of Kathryn’s story…

Barrister and journalist Catriona MacLellan is the author of Kathryn’s Story: How the Government spent well over $100,000 and 15 years pursuing a chronically-ill beneficiary mother for a debt she should not have

The case study also draws attention to the punitive approach to reparations that apply in the welfare system. Kathryn’s treatment is in sharp contrast to that for white collar tax evasion, which has been well documented by Lisa Marriott in recent Victoria University research.

CPAG is calling for a broad review of the use of a ‘couple’ as the unit for determining welfare support, as well as a major shift in attitude towards beneficiaries and sole parents by policy makers, so that relationship fraud convictions of sole parents become a thing of the past.

…the neoliberal welfare state can’t be challenged in NZ because Labour and the Greens are too terrified of being painted out as soft one beneficiaries so don’t bother with any real reform against these abusive state departments.

Once upon a time, before the neoliberal revolution the Labour Party introduced in the 1980s and did bugger all to repeal in the 2000s, these state welfare agencies were pillars of egalitarianism in NZ culture. By gutting them of compassion and focusing them on abusing beneficiaries they are the first organisations that demand urgent and radical reform.

Labour and the Greens won’t touch the punitive neoliberal welfare state, but MANA and the Maori Party certainly can.