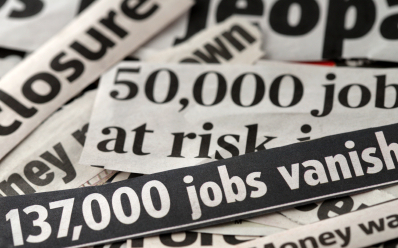 This is not the news that towns and regions across the country want to wake up to; 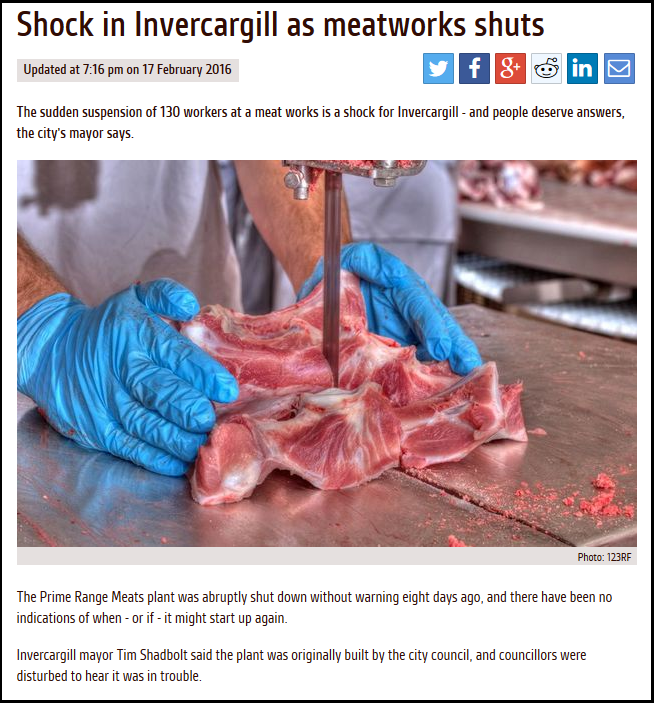 Prime Range was taken over 15 months [November 2014] ago by a Chinese-backed company, Lianhua Trading Group, which itself could be troubled.

Its shares had been put into receivership and it had changed directors several times since the deal.

The Meat Workers Union said the firm had run out of money because its investors had been caught up in turmoil on the Chinese stock exchange.

Invercargill MP Sarah Dowie has called on Prime Range to tell its suspended workers what is going on.

Ms Dowie said she had received messages from distraught families and the situation was hard on them.

Work and Income New Zealand was on standby for workers as a safety net, but she hoped issues would be resolved as soon as possible.

No one from the company, nor its directors, returned calls from RNZ News.

I’ll bet that “no one from the company, nor its directors, returned calls from RNZ News“.  Countries like China are not noted for engaging with media and explaining what is happening to their workers.

The fate of Prime Range prompted me to share these observations with The Southland Times;

from: Frank Macskasy <fmacskasy@gmail.com>
to: The editor <letters@stl.co.nz>
date: Thu, Feb 18, 2016
subject: Letter to the editor

One hundred and thirty workers at Prime Range Meats have been suspended, with no guarantee that they will be able to return to work. This is the fall-out after Prime was purchased by foreign investors in November 2014.

The situation for these 130 workers is dire, with no income, and no money with which to buy food or pay their bills. How they are able to survive is a miracle in itself.

In all this mess, where is Southland’s former MP, Bill English? Despite abdicating his role as MP for Southland, and becoming a sole-List MP in 2014, one would expect that he has at least a moral duty to step in and sort out this mess.

In this case, overseas investment has factored in job destruction, putting many Southland families into financial strife.

Bill English needs to step up. He has advocated for foreign investment and takeover of local companies. Now he needs to take responsibility.

In justifying the need for foreign investment, and consequential buy-up of local companies and other assets, Bill English said in Parliament on 13 February 2013;

“…New Zealand has not, for many decades, had sufficient savings to fund all of its own investment.”

Mr English is 100% correct in  this; New Zealand has not had sufficient savings to fund all of its own investment. Not since National abandoned Labour’s superannuation savings scheme in 1975; 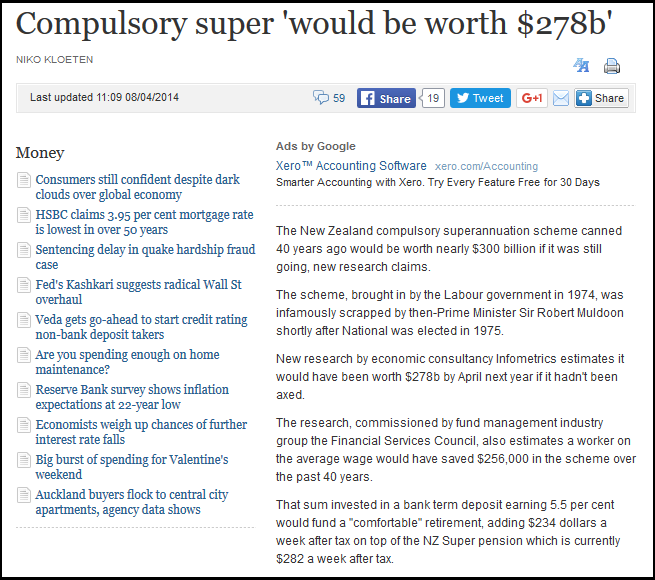 Fortyone years later, we are still paying for National’s short-sightedness and fiscal imprudence.

Fairfax media: Compulsory super ‘would be worth $278b’ 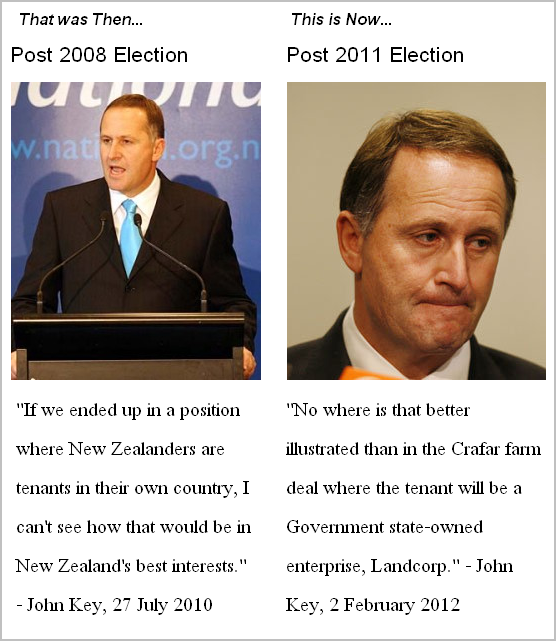 PSA & ETU embarrassingly back CTU in denouncing protests for Lumpenproletariat