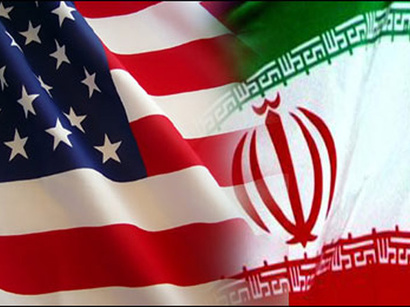 Although the San Bernardino mass shooting by ISIS sympathizers was the main reason behind the dominance of national security in that debate, the fact remains that the threat of Islamic terrorism in the US remains extremely low.

In the 14 years since 9/11, 45 people were killed on the US soil as a result of Islamic terrorism; a small number compared to the 11000 people killed in gun homicides in 2015 alone.

Clearly, the US has more to fear from the terror unleashed by the extremism of its gun culture than it has from the Islamic terrorism.

But alas the focus remains on the ‘war on terror’.

On December 19, 2015, President Obama, as part of an omnibus legislation, approved a law that affects visa-free travel to the US for certain passport holders.

For almost 25 years, the Visa Waiver Program has allowed, people from 38 nations, to travel to the U.S. without a visa other than the standard electronic visa (ESTA). The deal has now changed.

People coming from ‘Visa Waiver’ countries will now need to get a visa if they are determined to be dual nationals of Iran, Sudan, Iraq, and Syria; or if they have visited those countries since 2011.

Given that Iraq and Syria are both home turfs for the Islamic States, restricting visa requirements for visitors who travel to Iraq and Syria might make some sense. Sudan is also used as a transit point for extremists, but the inclusion of Iran in the list makes no sense.

Yes, Iran is on the terrorist list because of its support for Hamas and Hezbollah but why include Iran, a country known as ISIS’ nemesis, and not Saudi Arabia or Pakistan for instance?

After all, 15 out of 19 terrorists involved in the Sept 11th terrorist acts were from Saudi Arabia and one of the St Bernardino’s mass shooters was a Pakistani national.

America is host to the largest Iranian expatriates in the world. No Iranian national has ever been involved in any act of Islamic terrorism on the US soil. Iranians are known as the second most successful group of immigrants in the US and have made significant contributions to the American society.

American Iranians and many civil rights groups have rightly expressed their strong opposition to the new visa restrictions calling it “un-American” and “discriminatory”.

But it is not just the American Iranians who are upset by the new visa waiver restrictions.

David O’Sullivan, the European Union Ambassador to the US told the BBC that the EU opposes “introducing new rigidities which would penalise millions of Europeans and Americans” who travel back and forth.

Iranian officials have publicly complained that the unfair targeting of visitors to Iran contravenes the terms of Iran nuclear deal that disallows attempts to limit investment interest in their country.

The new US visa restriction is undoubtedly a blow to Iran’s hopes of bolstering its economic prospects through the lucrative tourism industry. Iran is home to a rich historical and cultural treasures which includes 19 UNESCO-registered sites.

In 2014, Iran hosted over 5 million tourists, bringing in some $7.5 billion in revenue. Iran’s vice President is hoping that the lifting of sanctions and new investments in the tourism industry will bring in a ‘tsunami’ of foreign tourists to Iran and help lift it out of its economic misery and runaway inflation.

But not everyone sees the economic recovery of Iran as a positive.

Israel has always regarded Iran as a threat because of Iranians’ continued support for the Palestinians’ struggle for justice.

Moreover, the on-going geopolitical power struggle between Saudi Arabia and Iran means that a stronger Iran would undermine the Saudi’s influence in the region.

Despite the American Secretary of State John Kerry’s efforts in assuring the Iranian officials that the new visa restrictions will not violate the terms of the nuclear deal, there is no doubt that the inclusion of Iran in the list was partly influenced by Donald Trump’s “ ban Muslims” rhetoric and the need to appease the many opponents of the Iran deal in the US including the strong Israel lobby.

The real impact of the US visa changes on the efforts to revive Iran’s economy will remain to be seen but the Iranian Government has already shown that they are serious about their rapprochement with the global community by releasing the Washington Post journalist, Jason Rezaian, and 4 others in a prisoner swap with the US.

The success of the Iran nuclear deal shows us that, it is not the failure of diplomacy but lack of political will, that leads to bloodshed and violence in the world.

Shortly after the exchange of prisoners between Iran and the US, the Iranian Nobel Peace laureate Shirin Ebadi, penned an open letter to President Rouhani.

In it, she asked an important question: If Iran can make peace with its worst foreign adversary, the US, why can’t it do the same with its own people?

I agree with Ebadi. Too many brave Iranians are wasting their lives and, for some, their precious youth, inside Iran’s notorious jails.

We must not forget the real heroes of the Iranian political reform, and demand that Iran’s welcomed rapprochement with the West is extended to greater civil rights for the people of Iran.

The following is part of an email I received last Friday (January 22, 2015). It guts me as, like millions of other Iranians, I have many close friends and family who live in the US including my sister. 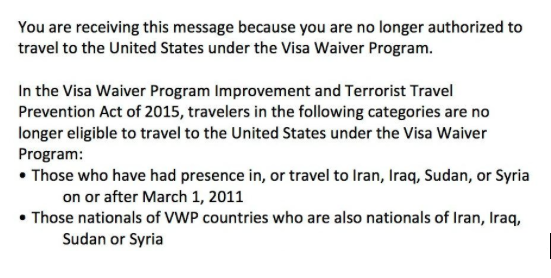