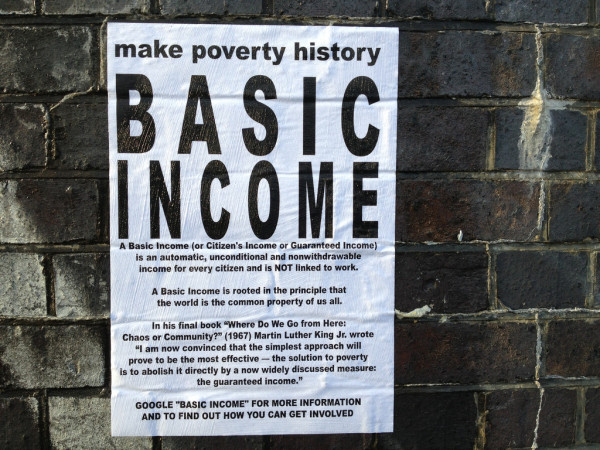 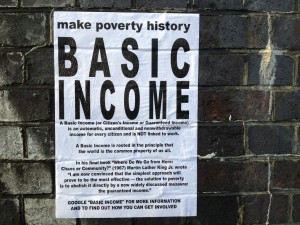 I think the left can be bold, and go for a 35/200 flat tax and basic income policy (35% tax, $200+ per week publicly-sourced income), as described last December. If feeling less brave in the face of media sceptics, then Labour could go for the 33/175 alternative. 33/175 is really very much like what we have at present (mainly an accounting change), but with some unconditional support for the insecurely-employed precariat.

Before offering advice to National, it is worth mentioning a tweak to the 33/175 option that would raise another $200m in revenue. ACC employee levies are currently set essentially as a flat tax of 1.45% on top of normal income taxes. It’s not widely appreciated though, that people don’t pay the levy on earnings over $118,000 per year. So Labour could advocate a nifty little tax increase, raising the present top rate to 34.5%, commencing at around $120,000 per year. If we then consider income tax inclusive of ACC levies, then Labour’s policy would become a simple 34.5/175 instead of 33/75.

I have found a way of extending this by providing $100 per week to short-term unemployed people who really do not need the hassle of reapplying for unemployment (‘job-seeker’) benefits every time they are between jobs. The $100 per week would also be available to students who do not quality for an allowance, meaning they would be able to reduce their student loan living allowance by upto $100 per week. (The exact amount would depend on whether they have part-time earnings.)

So what I am about to describe could be called a basic basic income (BBI), a National basic income (NBI), or an independent person’s unconditional income. It could be a good policy for a good centre-right government. Essentially an unconditional income would be payable to any person over 18 (or even 16?) who presently receives no government cash benefit other than an accommodation supplement.

There are two ways this, once implemented, could be interpreted. Scenario 1 uses present accounting terminology.

The first way (Scenario 1) is that the $100pw (for someone earning $0 in any given week) would be abated by 22.5 cents for each dollar of earnings up to $269, and 15.5 cents for subsequent dollars of earnings up to $462. In addition they would face tax of 10.5 cents on the first $269pw, and 17.5 cents on subsequent earnings up to $462. The result would be that people earning $462pw would receive their present $10pw very basic tax credit, and they would continue to receive this $10pw credit in full until they reached the still modest income of $846pw. Essentially, only those people precariously earning less than $24,000 per year would gain anything.

Which description is simpler? Scenario 2, clearly!

So if we had this very basic basic income in place, at minimal cost to the tax payer (probably zero net cost), next time the government says we should have tax cuts it is not obliged to give tax cuts that include the rich. The government would now have a built-in mechanism for giving ‘tax cuts’ only to the poor, by raising the $100pw BBI to something that better reflects the public equity of the poor.