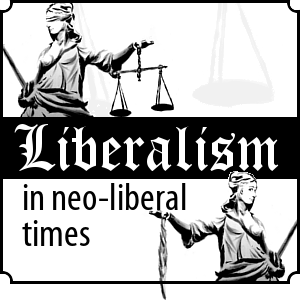 We heard from the OECD on Wednesday morning (10 Dec) [Focus on Inequality and Growth] that inequality suppresses economic growth. (Here are Radio New Zealand’s morning reports on this.) This is hardly a surprise to many economists and non-economists alike. The key point in this report though is that distributive policies are required to help the third quarter of the population (“the relative income of the lower middle class is a key factor”).

The neoliberal idea that it’s OK for the rich to grab as much income as they can, and transfer crumbs to the poorest (fourth) quarter of the population (and lend to the middle two quarters), simply does not wash any more. “Policy must not (just) be about tackling poverty, it also needs to be about addressing lower incomes more generally”.

How about this? 2018 Budget, the first Budget by New Zealand’s first progressive government of the decade. (Probably a Labour-led government, but a National-Green-Maori government could also choose to be progressive.) Tax all income at 35% and pay every adult $200pw as a public equity dividend. Nice round numbers. Almost impossible to not understand. Even the cynical mainstream media might eventually get it.

(Pay top-up benefits as appropriate, and superannuation at an appropriate top-up level above the public equity dividend. No households on low incomes would become worse off.)

There is no need to distinguish labour income from capital income. It’s all just income. So company tax, a form of income tax, would be set at the same 35%. (There may be grounds to discount company tax to some exporting firms, for example. But properly account for such a discount as a corporate subsidy.)

Do the arithmetic for different groups of people. The top income earners would be worse off, but not significantly so ($2,680 worse for a person earning $200,000). The immediate gains come to people in the third quarter of the income spectrum. (A person today earning $40,000 per year who presently receives zero benefits would gain $2,420; ie $46.54 per week.) This is the group who most need attention. Further, the insufficiency of the third quarter represents the poverty trap faced by the bottom fourth quarter.

Public Equity is the big idea that can make a democratic and sustainable difference in the 21st century. Support it if you want to make a positive difference to your future, and the future of your children and grandchildren. You don’t like debt? Then try equity instead. Equity is the foundation of democracy as well as of liberal capitalism.

Leave the comfort zone of opposition politics. Actual progressive politics is about being for something good, not against something bad. Think of income tax as a levy on the use of public-domain resources. Think progressive, act progressive, advocate progressive, in 2015. Start a ‘35-200 for 2017‘ campaign. Educate the mainstream media. Cut through the nay-saying. Change comes from a simple good idea.