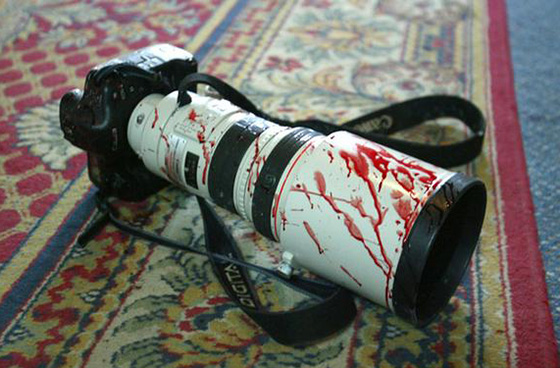 IT’S GREAT to get some bouquets on media freedom issues instead of brickbacks in the Pacific for a change. But let’s not get carried away. Instead of all the backslapping, what is needed is more vigilance because really it is all about more than watching this space.

Tonga did best in the latest Reporters Sans Frontières World Press Freedom Index, climbing some 19 places to 44th (yes, actually above the United States, but still below the best-paced Pacific island Samoa at 40th).

You would expect a healthy climb during the year, especially with former school teacher and public broadcaster (not to mention publisher of the pro-democracy Koe Kele’a) ‘Akilisi Pohiva finally becoming prime minister of Tonga.

This was an encouraging result in the November 2014 election following the first “democratic” election in 2010.

And it was expected that Fiji would also improve in the rankings after the “return to democracy” election in September – first since the 2006 military coup – flawed though that might be.

But the RSF report was gloomy reading about much of the rest of the world:

“The 2015 World Press Freedom Index highlights the worldwide deterioration in freedom of information in 2014. Beset by wars, the growing threat from non-state operatives, violence during demonstrations and the economic crisis, media freedom is in retreat on all five continents.”

Best in the Pacific Islands Forum region was New Zealand on sixth, a rise of 3 places, but still below the Scandinavian countries Finland (1), Norway (2), Denmark (3), Sweden (5) and the Netherlands (4) as usual. However, New Zealand’s position is deceptively higher than it really deserves.

Why so much better than Australia? Frankly, it is Australia’s tougher use of draconian anti-terrorism laws that keeps it at a modest 25th, but still way ahead of the United States at 49th (also above France at 38th) which has a far worse track record.

In spite of the encouraging improvement in Fiji, it will not be lasting until the draconian Media Industry Development Decree is repealed.

Just a few months ago, Reporters Without Borders and the Pacific Media Centre filed a submission with the United Nations Human Rights Council calling for the repeal of the law. It isn’t so widely known that the defunct Fiji Media Council Limited, which oversaw self-regulation in the country before the 2006 coup and made a reasonable job of it for many years, also called for a repeal.

At the time, FMC put out a statement clarifying its position and it is worth reflecting on this:

During the 10 or so years that the Fiji Media Council was active members, were guided by a published code of ethics and practice. The codes had been prepared by the Thomson Foundation and were unanimously accepted by all the main media organisations.

The council’s complaint procedures used the codes as a guide and in cases where complaints were upheld the media organisation concerned was committed to publishing the decision of the complaint committee.

The decisions were published but on many occasions the injured party was not satisfied and demanded some form of punishment. The council did not have the ability to punish and as a result was labelled a “toothless tiger” as well as other less complimentary terms. Most of the loudest complaints came from politicians.

Prior to the implementation of the Media Decree, government called a meeting of media stakeholders and explained what was proposed. The decree used almost word for word the Council’s code of ethics and practice the main difference was the replacing of the word “should” with the word “must”. In addition it made provision for offenders to be fined.

The fines were excessive but they were the answer to those critics of the Media Council. Many of those who had loudly criticised the failure of the Council to punish now complained just as loudly at the decrees ability to punish.

The main offender during this period was without doubt The Fiji Times; while they played lip service to the media codes, they offended regularly and only issued limited retractions after a lot of pressure.

It should be borne in mind that Fiji was not alone in facing problems with the Murdoch press. It was felt in some quarters that the lack of media freedom in Fiji stemmed from the intransigence of the old Fiji Times and it was believed that once the ownership changed the pressure on the media would be relaxed; this however has proved not to be the case.

The Media Decree in its current form should be removed from the statute books. However, the Media Council’s codes of ethics and practice should be reintroduced and a self-regulatory body set up to ensure the codes are adhered to.