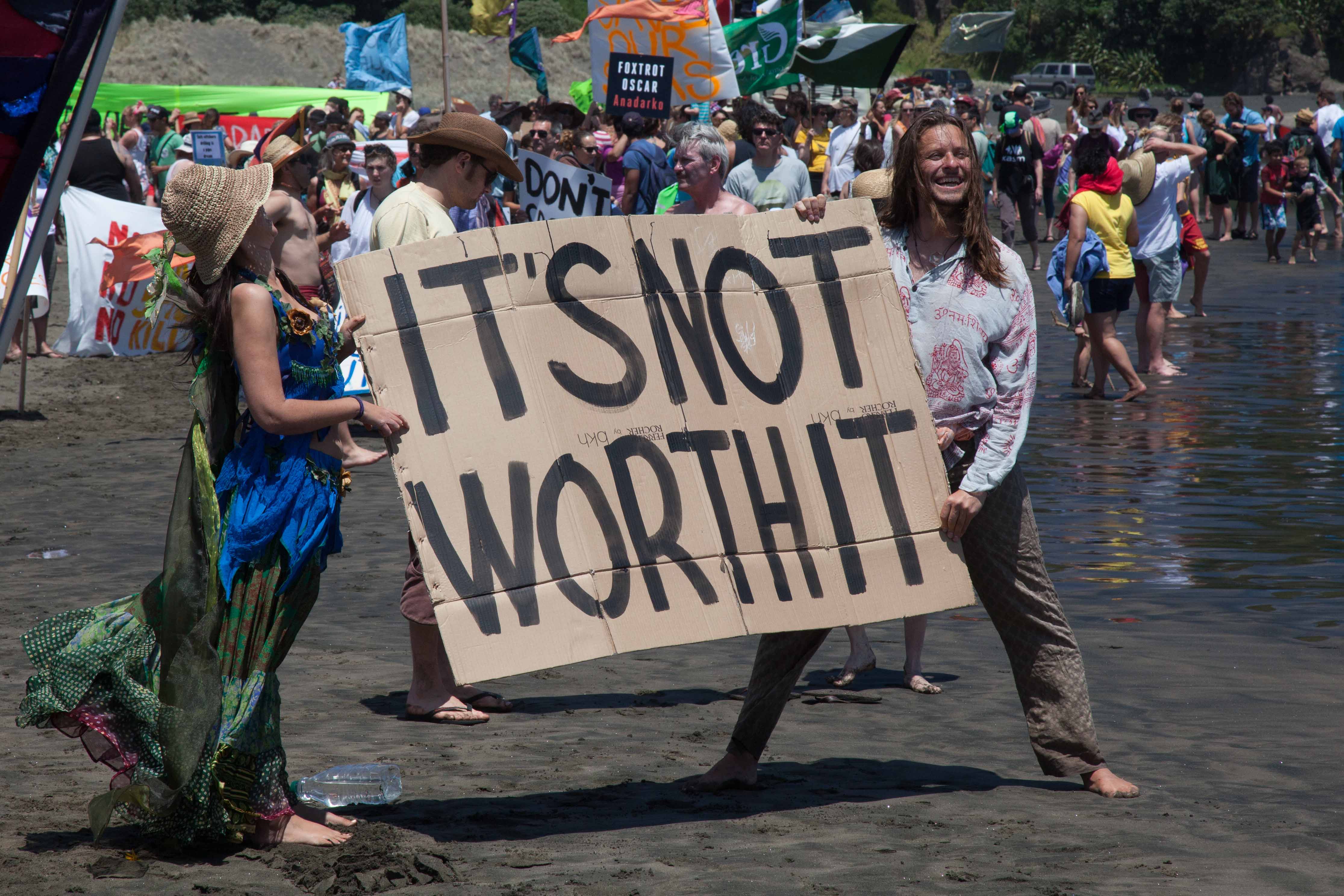 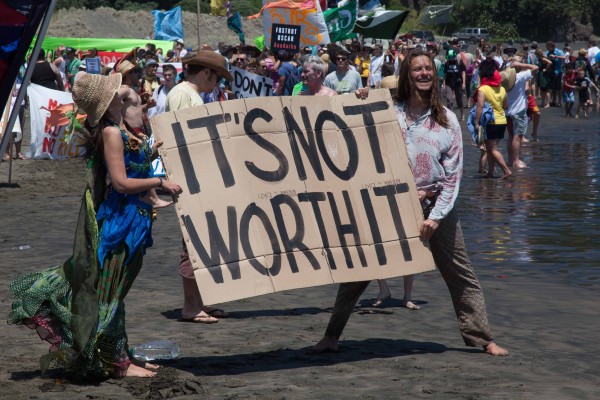 Labour’s finance spokesman, David Parker, says his party’s policies on oil, gas and mineral extraction are close to those of the Government.

“I don’t think we are much different from National,” Parker said. “They’ve continued on with the programme that we started in respect to oil and gas,”
GRANT BRADLEY Aviation, tourism and energy writer for the NZ Herald

The coup de grace that finally extinguished the Green Left’s survival chances was the Labour Party’s very public spurning of the Greens’ (i.e. Norman’s) invitation to campaign together. Labour clearly regarded the Greens as mad, bad and dangerous to know, a judgement reinforced in the last few weeks of the election campaign when it became increasingly obvious to Green Party members that David Cunliffe was much more disposed to forming a coalition with NZ First’s Winston Peters than Norman and the Greens.

CHRIS TROTTER in the Daily Blog

Chris Trotter is right, the Green Left coalition was sunk by Labour’s hostility to the Greens.

And this antagonism has been proved over several electoral cycles. Whenever Labour has had the chance to govern with the Greens or a conservative political partner, (New Zealand First, United Future), Labour have always chosen the latter over the former.

But the question is, what is the motive behind this antagonism and hostility to the Greens displayed by the Labour Party?

I would argue that the driver behind this hostility, is Labour Party’s refusal to fully break with Neo-Liberalism.

In the 1980’s Labour’s leading strategists, Lange, Douglas, Prebble, Goff, Clark, argued that by making the wealthy better off, there would be more overall wealth to go around for everybody. The talk of the day was “We must grow the cake not redivide the cake.” This strategy was labeled by its supporters, but even more so by its opponents, as “Trickle Down”. However, for trickle down to work, the rate of exploitation of working people had be increased in the name of efficiency.

Unfortunately this efficiency came at the price of lay offs resulting from the restructuring, corporatisation and privatisation of the big government employers, like Telecom, the railways, the lines companies, the state coal miner, Air New Zealand, and the Post Office Savings Bank, The total amount of redundancies in permanent jobs in these sectors reaching into the tens of thousands, many to be replaced by casual employment contracts, or not at all.

In the private sector, “Trickle Down” required government legislation tightening the laws around the right to strike, banning all strikes outside the narrow confines of a window at the end of contracts, and making illegal all political and solidarity strikes. Richard Prebble called this process “Trimming The Fat”.

The trade and finance sector also saw huge deregulation with the end of protection and the dropping of almost all limits on international investment and penetration and control.

This is what moved David Parker in 2012 to declare that our policy is the same as National’s when it comes to mining and oil drilling.

But while the neo-liberals may have seen room for further intensification in the exploitation of the workforce, there was no justification for greater exploitation of the environment. Even in the Eighties there were signs that the natural world was already on the buffers.

Dire Warnings from NASA on climate change: Circa 1981

This makes any coalition or even working relationship between the Greens and Labour problematic. That is unless the Greens agree to give up their “bottom line” opposition to these policies, something that Russel Norman seems to have accepted (to his cost). When asked during the Minor Parties Leaders Debate whether he would agree to deep sea oil drilling to get a coalition agreement with Labour, Russel Norman said he would. From that moment, for most Green Party members, Russel Norman was a dead man walking before he got off the podium.

Why is deep sea oil drilling not a bottom line? “Because we want to cut the company tax rate….”

It is likely that with Russel Norman stepping down, under a new leadership the Greens will reharden their opposiiton to deep sea oil drilling,

On the other side; Labour’s hostility to environmental issues, and working collaboratively with the Greens, which was so disastrous for labour during the general elections, looks to be carried through into the by-election in Northland. (And presumably into the 2017 National elections as well.) This declared intention, if carried out, will push the possibility of a Labour Greens government further into the future.

If we want to give the Nats a bloody nose in Northland, we need to lobby the Labour Party to change their stance on deep sea oil drilling, and agree to work with the Green Party and the wider Left and Maori concerned about Kiatiaki of the North. We need to convince these Labour activists and members that that they need to work with all these potential allies, all who are opposed to deep sea oil drilling in Northland, and want to see Labour come on board with this Take.

The best place to interact with the Labour Party members and activists, to do this lobbying, and which is open to all, is at The Standard the popular Labour Party aligned website.

Let’s engage with these activists, many of whom are sincere but believe that Labour are the only alternative to National. And convince them of the need to let go their sectarian attitude to the Greens and the wider Left. We need to convince them (it shouldn’t be hard) and Labour’s support for deep sea oil drilling will be counterproductive to running an effective campaign in the North.

You will need a thick skin. I can’t do this lobbying myself anymore, as I have been banned from The Standard for daring to object to the vipurative and ad-hominen personal abuse that the authors dish out to those who dare to put up a different Left perspective to theirs.

But I still feel it is worthwhile to persevere. There is more at stake than just the Northland by-election. What is at stake is whether New Zealand’s biggest political Party and potentially the next Government of New Zealand, takes the threat of climate change, and all its attendant causative aggravating factors, like deep sea oil drilling, fracking, coal mining, public transport, seriously enough, to do some thing about them before it is too late.

Pat O’Dea is the Mana Movement spokesperson for climate change.