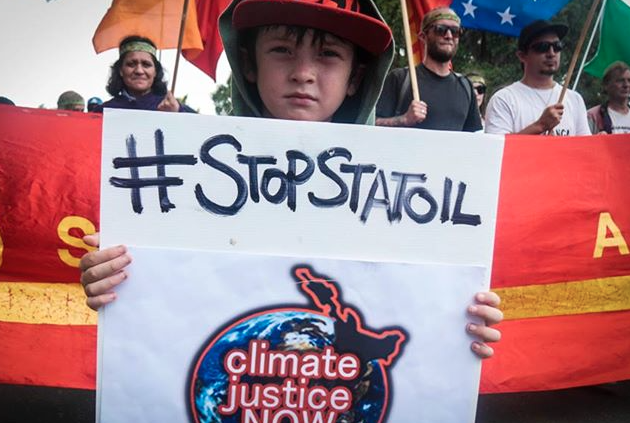 “My first degree awarded in 1981 was a BSc in earth sciences. Part of the course was obviously to do with climate and what was in those days a hypothesis about human induced climate change from greenhouse gases. I have been both aware of and knowledgeable about climate change for decades. I have been talking about it and writing on it for decades from BBS days through usenet to the blogs.”
LYNN PRENTICE

“Whoever knows the right thing to do and fails to do it, for him it is sin.”
JAMES Verse 4:17 New Testament

Lynn Prentice has claimed on a number of occasions that he has studied climate change. If that is the case, then he should know the terrible danger that humanity faces. So why then is he assisting the politicians and Parties that support an expansion of the fossil fuel industry by helping them cover up this support with silence.

“In the end, we will remember not the words of our enemies, but the silence of our friends.”
MARTIN LUTHER KING

It is interesting to note that in banning me from commenting on his website, Lynn Prentice gave as the primary reason, a link to a comment I had made, HERE in which I had dared to point out that one of his authors (micky savage) had done a whole post on the Tony Abbot/Newman debacle in Australia and had not once mentioned the reason why they were both in trouble, which was their complete disregard for the effects of climate change in a country ravaged by climate change, Tony Abbott has even called climate change “absolute crap”.

This complete ignoring of climate change by micky savage in his post on Abbott’s troubles, is not an accident, it is the (un)official line of the Labour Party.

Climate change is the greatest threat that humanity has ever faced, yet climate change never got a mention in the State of the Nation speech of either of the two leaders of our biggest political parties. Andrew Little and John Key appear to have a gentlemen’s agreement not to mention, or debate with each other on climate change. The reason of course is, that both are in agreement that the fossil fuel industry should be left to carry on business as usual.

At The Standard under Lynn Prentice’ leadership even merely noting, this Labour Party silence on climate change, or deep sea oil drilling is grounds for banning.

According to Lynn Prentice not only do we have to endure the Labour Party’s lying by omission, we are not allowed to point it out or comment on it.

We must at all costs not puncture the sin of omission.

I have called on Labour Party supporters to pressure their party to campaign with the Greens (and the wider Left) in the Northland by-election against off shore oil drilling in Northland.

Lynn Prentice has labeled my call for the Greens and Labour to work together, during this election, and to stand united against deep sea oil drilling, “The Mana Northland Line” which Prentice says he will prevent being discussed with a ban.

“Bans for diversion pushing the Mana Northland line on authored posts will be to the end of by-election.”
LYNN PRENTICE

Lynn Prentice at The Standard intends to enforce a silence around Labour’s support for climate change aggravating technologies like deep sea oil drilling in Northland, and no debate on this subject will be allowed on at The Standard website during this election.

Alongside the Labour Party Lynn Prentice’s intention to enforce this silence, during the period of the Northland by-election will prove an abject failure.

But as I have maintained for some time now, as the crisis deepens and becomes more apparent and harder to ignore, the bitter political struggle over climate change even if it is suppressed, has the power to break out into the open to the ruin of political parties and political careers of those who are trying to willfully ignore it, (and sometimes those who try to break this silence and who dare to raise it). In Australia before Abbot and Newman’s careers have been ruined by their support for the climate destroying coal industry, Rudd and Gillard clashed over climate change, specifically over their disagreement over the carbon tax on fossil fuel emissions. And both at various times were deposed because of their stance as one faction grew stronger or weaker in this struggle.

In this country the last Labour leader to take climate change seriously, David Cunliffe was viciously attacked from inside his own party and eventually deposed by the faction that did not want to discuss climate change.

This faction is now in the ascendant in the Labour Party.

Unfortunately for them, (and Lynn Prentice), the Northland by-election threatens to puncture this silence, hence the need to censor anyone who mentions “The Mana line” which is for Maori, Pakeha, rich and poor of whichever party, to work together to oppose Statoil in Northland.

Let the Northland By-election be a referendum on off shore oil drilling in Northland.

The inside word is that Winston Peters may stand in Northland and that he will be running on a platform of opposing offshore oil drilling and exploration in Northland.

On the understanding that Winston Peters will be opposing offshore oil drilling in Northland, the Mana movement will not be standing a candidate in the Northland by-election. This decision was made to give Peters a free run. We feel that by raising these issues and puncturing the Labour National bi-partisan support for Statoil, Winston Peters not only has the power to seriously undermine the National candidate’s support, but also to punish the Labour Party for their intransigence, by knocking their candidate into third place.

It seems that Winston has no problem at all, in running with what Lynn Prentice calls the “Mana Line”.