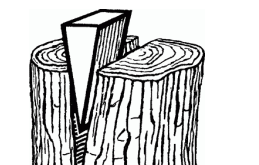 A couple of weeks ago, the Sunday Star Times published a story about Maori attitudes to Asian immigrants.  It was based on some research done by the Asia New Zealand Foundation, which apparently found that:

Asians are blamed for taking jobs from Maori, driving Maori to Australia, lacking understanding of the Treaty of Waitangi and competing for cultural funding.

This kind of reporting concerns me, as it seeks to drive a wedge between two distinct minority groups in the country, presenting them as being pitted against each other & working against each other’s interests.

I’m particularly interested in some of the wording that the article uses – it doesn’t link to the original report – but contains this statement:

According to an Asia NZ Foundation survey, Maori views on Asian immigration have deteriorated in the past year. While most New Zealanders increasingly saw the benefit of Asian immigrants, 44 per cent of Maori believed New Zealanders were more negative towards people from Asia compared with a year ago.

So, this means Maori think all New Zealanders have a worsening opinion of Asians.  Yet the Sunday Star Times chose to interpret this as meaning that Maori think worse of Asians.  That interpretation is clearly refuted by the executive director of the Asia New Zealand Foundation, John McKinnon, in a letter to the paper:

It includes the figure that 44 percent of Māori surveyed believed that New Zealanders felt less warm towards Asian people than they did a year earlier.  Although the Sunday Star-Times has described a “dislike” of Asian immigrants, the Asia New Zealand Foundation’s research does not measure this

Here’s a link to the relevant bit of the report, which mentions Maori in a brief phrase, right at the bottom.  There is one other finding relating to Maori: that 52% think NZ is allowing too much investment from Asia.  The survey had 1,000 respondents of which 10% were Maori, so roughly 100 people, which isn’t a big sample size by any stretch of the imagination.

So given the actual reported results, what value can we take from the comments of Paul Spoonley & Te Ururoa Flavell?  Professor Spoonley tells us that “surveys” show that Maori have negative perceptions of Asians, because of the tight labour market.  Well, I’d like to see these surveys, who did them, and what they asked.  Because the survey done by the Asia New Zealand Foundation doesn’t appear to shows any such thing.

And Mr Flavell buys into the wedge politics, making statements that are at least presented as his own opinion rather than the opinion of Maori in general.  What I do find disturbing is that he seems to buy into the assumptions that migrants are somehow responsible for taking jobs here, when they are just following the policies & rules put in place by the government of the day, often at the behest of some employers.  Yet Mr Flavell does not specifically put the responsibility where it belongs, but seems to accept the framing that people who have no ability to determine policy should somehow shoulder the blame for it.  Once again, this framing has been developed to drive a wedge between one group of workers and another, to the detriment of both groups.

My experience of the relationship between Maori and Asians is something else altogether.  I remember the powhiri at Turangawaewae Marae, put on especially for ethnic communities during coronation week.  And another one put on for the Muslim community.  The welcome and the hospitality was touching, and the organisers agreed to be flexible with protocol, allowing those who felt uncomfortable to refrain in participating in the hongi.  It was a generous gesture by our hosts, who put inclusiveness and manaakitanga ahead of their own tikanga.

I remember attending a Te Tiriti workshop a couple of years ago, organised by the then Ethnic Development Advisor Philip Yeung & the then manager of the Waikato Migrant Resource Centre Jovi Abellanosa.  It was attended by members of ethnic communities in Hamilton, who showed considerable empathy and understanding of the experiences of Maori.  And why wouldn’t they?  Many had come from countries that had also experienced colonisation and the long-lasting ill-effects resulting from that.  Many understood what it is like to live in a minority in their own country, and some had in fact fled persecution for being minorities.

Earlier this year, the Afghan interpreters were welcomed into Hamilton via a powhiri at Kirikiriroa marae, and in fact all refugees get similar welcomes.  And on the other side, there are Asians who support tino rangatiratanga, for example see the fabulous banner here, and this post as well.

So this wedge between Maori and Asians (not all of whom are immigrants) might actually be more imagined than real.  Or maybe it’s a way of keeping the two communities separate, because working together, they have the potential to achieve a lot more.  In fact, I’d add in Pacific Islanders, who often have similar issues around discrimination, access to employment, low wages, and settlement support.  The three groups often have cultural similarities as well, for example the emphasis on extended family & whanau connections, and our respect towards our elders.