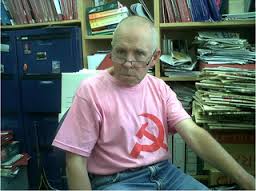 The latest John Armstrong column is proof that the NZ Herald Political Oracle has finally gotten around to reading The Daily Blog because the points he makes into the lead up to the 2014 election are ones that TDB have been raising for over a year now.

It is MMP that will beat John Key and this fact seems to have missed almost every pundit except Armstrong. As TDB has been predicting for a year, it will be Key’s inability to find any coalition partners to become the majority that will be the decider on the night. Yes Key will have the majority – maybe 43-44% but he will only have United Future to add to that. The rotting corpse of ACT could be toppled if Michael Wood and Julie Anne Genter are smart about it in Epsom and the Maori Party meltdown in the Maori Electorates means no mates John Key won’t have the majority. This is why National are keeping Colin Craig as an option to go far right if the centre ground disappear under them.

Armstrong rightfully acknowledges the friction between NZ First and the Greens – that was a friction point The Daily Blog pointed out 2 months ago. Greens hate NZ First for the 2005 lockout, Winston hates Russel for twisting the knife over the Owen Glenn affair – so what would get these two foes to sit down and work together?

As pointed out 2 months ago, the solution is legacy. Winston wants legacy, and seeing as National and Labour will be in a position to offer him any bauble he wants, legacy will have to mean something.

Kiwisaver becomes compulsory, the fund generates massive money, that money is put into ‘The NZ Fund’ and that money is used to buy back NZ assets and while buying them back invests to turn those assets Green. That way NZ First and the Greens have skin in policy with Labour over seeing it all.

So NZ First can work with Greens and both of them can work with Labour and Labour has a supply and confidence deal with Internet MANA so NZ First are never in the policy driving seat and gives Cunliffe the same policy flexibility Key has had by having ACT and the Maori Party as options.

The Greens can rightfully demand more Cabinet representation above their proportional percentage when you consider how small a talent pool Labour are fishing out of and the fewer NZ First MPs in that Cabinet, the better for NZ.

The only thing that can topple this all over is if the ABCs. Suddenly realising how powerless they have become by Cunliffe unifying the wider Left, they could decide to throw the election by seeding disunity. If Cunliffe wins, it starts a new political dynasty they have no say in, if Cunliffe loses they can go about gerrymandering their grip on power over the next 3 years and topple the current leadership with their own.

Let’s see if the ABCs desire for power and influence is larger than their responsibility to Labour voters in getting Key out of office.

2014 will be NZs first true MMP election, with voters using tactical voting like never before. It’s taken 18 years, but we have finally as a nation reached a level of maturity to tactically vote and the internet and social media allows that tactical voting to have an impact like never before. Beyond all the flawed land line opinion polls and self serving corporate media punditry, this election will be unique in a way the commentators are only now slowly comprehending.

Good to see John Armstrong is one of them because the biggest problem with political journalism in NZ is we have MMP politics and a First Past Post press gallery.