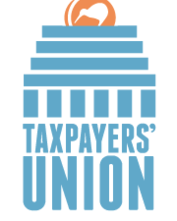 Taxpayers Union angered over Civilian Party funding
The Taxpayers Union is furious a joke political party has been given public money to fund its electoral campaign.

I’m sorry what? An astro-turf-far-right-small-Government-with-a-microscopic-g-fake-Union are complaining about the Civilian Party getting funding?

Wow, David Farrar’s and Jordan Williams pretend taxpayer press release service aren’t having much impact are they? While they can find time to attack Mojo Mathers and Civilian Blog, they had nothing to say about their mate Judith Collins taxpayer funded rort to China to have private dinners for a company her husband is employed by.

The Taxpayer Union are the true joke here and the angrier Jordan and his little friend David Farrar get, the more nervous you know they are.