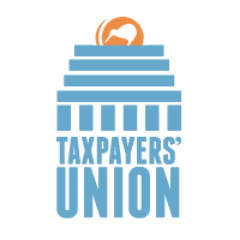 On 19 March, I reported on the Board members of the so-called “Taxpayers Union”. With one exception, every single member of the Taxpayers Union Board was a current (or recent) card-carrying member or supporter of the National and/or ACT parties.

Recently, one of the Board members of the so-called “Taxpayers Union” – John Bishop – had a letter-to-the-editor published in Wellington’s Dominion Post; Bishop’s ideological rant on performance pay for teachers is stock-standard ACT policy – a Party he was closely associated with between April 2000 and August 2002, as a Constituency Services Manager  for the ACT Parliamentary Office. His role was described as  “developing relationships with key target groups and organising events” – whatever that might mean.

The job was most likely funded through Parliamentary Services. (One hopes that he delivered “value for money”?)

Bishop’s ideological and Party links are nowhere better illustrated than the recent (and on-going) scandal over Judith Collins and the “Oravida stop-over dinner”. When the “Taxpayers Union” finally caved in to pressure to comment on Collins’ trip to China, Bishop wrote with a fair dollop of sophistry;

“ Being involved in political activity makes it tempting to comment on each and every movement in the political dimension. Early on, the Taxpayers’ Union decided that it would focus on instances of waste and extravagance in central and local government spending, and on cases where spending had clearly not achieved its purpose.

Hence we criticised Tony Marriott of the Christchurch City Council for charging a visit to Hooters’ Bar to his council funded credit card. And we decried Transpower for spending over a million dollars on a swept up cafeteria in its building for staff when there are plenty of cafes within easy walking distance.

We also decided that, generally speaking, we would not go after what politicians’ poor performance, bad decisions, and questionable judgements unless there were circumstances to justify our intervention. Much of that is partisan debate and we were simply not going to get involved in every public issue, particularly when there were plenty of others making the same points as we would make.

Yes, that makes us look selective in our criticism, but we have taken on Peter Dunne over the cost of passports, and Len Brown over Auckland’s debt burden. We were also quick to point out that Hekia Parata’s inquiry into the Te Kohanga Reo National Trust asked questions about the wrong body, but we have stood back from the row over Judith Collin’s trip to China.

In the first matter large sums of public money are involved and the misuse of funds is alleged. In the second, the cost of the Collins trip is not large, and her “crime” is not about the misuse of money. It may be a fine distinction, particularly for those who wish to attack us for existing at all, but it is a real one.

Contributors to our blog pages and tip line are constantly urging us to get involved in issues, whether it’s the funding of programmes promoting recreation and sport, the operation of the ACC scheme, the worth of the defence forces, or whatever else is on their minds.  We would love to be able to question policy matters, and to test whether a wide range of policies actually deliver on their objectives and represent value for taxpayers’ money.

It’s early days.  We only launched in October and we are still reliant to a large degree on volunteer time. Because of that we’re focused on exposing instances of clearly bad, mad and wasted spending – until we have built up our resources to do more.  Our record shows that we’re not favouring one party or another. For example, our exposé of the DOC IT cost blowout is precisely why we were established.

Waste and poor spending are our targets, not people and or partisanship.”

Bishop says that “the cost of the Collins trip is not large”.

Contrast that to Mojo Mathers’ trip to Masterton, to participate in a radio station’s programme for people with disabilities. Cost to taxpayers – an estimated $550, according a NZ Herald story.

Jordan Williams, from the “Taxpayers Union” was scathing on Ms Mathers’ trip;

“ It’s amazing that she has so little to do with her time to actually travel to a community radio that probably has as many listeners as you can count on your hand.  The only silver lining is that the time spent travelling to go on the station in the middle of nowhere is less time spent dreaming up new ways to spend tax payers money.”

Is this what Bishop meant when he asserted; “waste and poor spending are our targets, not people and or partisanship”?

There is little doubt that Bishop and his fellow Board members in the “Taxpayers Union” are little more than a front organisation for the National/ACT parties.

For the media to constantly refer to this group for commentary on issues – on the pretext that the “Taxpayers Union” is some kind of  credible, non-partisan, neutral source – is ludicrous and deceiving the public.

Going further, by not explaining and disclosing the “Taxpayers Union’s” ties to National and ACT, the media reinforces suspicions or perceptions that it has become a captured tool; a mouthpiece for the Key government.

It is time that the mainstream media reconsidered it’s policy to seek comment from the “Taxpayers Union” on any and all issues.  The “Taxpayers Union” has demonstrated by it’s highly politicised membership and it’s failure at  any measure of non-partisanship, that it cannot be trusted to deliver unbiased commentary.

This group is simply no longer credible.

When journalists fail to report the “Union’s” close links to National and ACT, the media is complicit in this dishonest charade.

Taxpayers Union: Who we are

The Dim Post: Slightly more thoughts on the Taxpayers’ Union