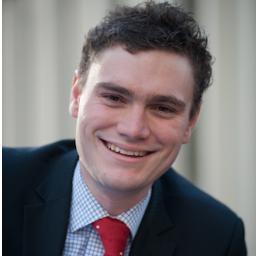 Further to an earlier blogpost where I emailed Jordan Williams, at the Taxpayers Union, regarding Judith Collins’ taxpayer-funded trip to China, where she visited a milk importer (Oravida) of which  her husband is the sole Director…

Mr Williams, from the so-called Taxpayers Union, responded on the same day;

Several commentators on my previous blogpost suggested that blogs are a part of the media (or “new media”) and that Mr Williams should, accordingly, be responding to my query as if the NZ Herald had contacted him for a comment.

I took note of the suggestions and wrote back to Mr Williams,

As at 11.59PM, on 18 March, I have received no further correspondence from Mr Williams, nor from any other representative of the Taxpayers Union. Not even a simple acknowledgement of having received my 16 March email.

It is interesting to note the circumstances surrounding this issue.

I emailed the Taxpayers Union because it had commented – and roundly condemned – Mojo Mathers’ flight from Christchurch to Masterton, to attend a radio interview on the issue of disabilities.

On 2 March, Jordan Williams made this statement on the resulting furore surrounding his remarks on Ms Mathers’ travel;

This morning there has been some criticism of my comments in a story on the Herald website about a trip Mojo Mathers took to Masterton from Christchurch apparently just for a short interview on a community radio station.

On reflection, I wonder why an MP from a party that prides itself for having a low environmental footprint choose to fly to a radio interview that could have been done on Skype. Perhaps Ms Mathers had other engagements in Masterton. If so, that was not the information provided to me at the time by the Herald reporter.

Accusations that the Taxpayers’ Union are partisan are also silly. I am proud that the Union has gone after National MPs and the current government for expenses, wasteful expenditure and corporate welfare

Aside from a handful  of press releases aimed at National Minister, Steven Joyce, most of the Taxpayers Unions public comments seemed to target Auckland mayor Len Brown; government departments (whilst not mentioning their Ministers); and strangely, the Labour Party – which is not even in government.

The Taxpayers Union has not commented on Judith Collins’ trip to China, despite there being glaring questions which demand to be asked. Questions such as why a Minister of Justice/Ethnic Affairs/ACC felt the need to spend $36,000 of taxpayers’ money on a junket overseas.

Mr Williams has not deigned to respond to my queries with a comment.

Yet, he was only too happy to launch into a savage excoriation of Green MP, Mojo Mathers, for spending an estimated $500 to speak on an issue that was actually her portfolio – and which, because of her disability, is  a matter she is intimately familiar to speak on.

One can only assume that Mr Williams does not wish to be drawn into this issue.  The reason is quite apparent.

Jordan Williams is closely connected to the likes of David Farrar, Cameron Slater, and Simon Lusk – all of whom are hard-Right National/ACT supporters and apparatchiks.

Right-wing blogger, David Farrar, is one of the  Board members of the Taxpayers Union. His ‘bio‘, however, mentions nothing about his close links to the National Party,

“David is a well known political blogger and commentator. David also owns and manages the specialist polling agency Curia Market Research and has an active involvement in Internet issues. He is an experienced political campaigner and former parliamentary staffer.

“I helped form the New Zealand Taxpayers Union because I believe that New Zealand needs a lobby group to stand up for the rights of taxpayers and ratepayers, and fight against those who treat them as a never ending source of funds”.”

“Since I joined Young Nationals in 1986, I have been affiliated to, and a member of, the National Party. I do not regard National as always right, but it is the party which I believe gives me the greatest opportunity to achieve the New Zealand I want.

As a volunteer, I established National’s initial Internet presence in 1996 and have held various roles in the party up until 2005. I have three times been a temporary contractor to National HQ, helping out with the campaign in 1999, and also between staff appointments – in 2004 and 2007 for a total of ten months.”

Other Board Members are;

None of this is mentioned even in passing on the Taxpayers Union ‘Who We Are‘ page.

By now, it should be patently obvious that the Taxpayers Union is little more than a thinly-disguised, right-wing, front organisation for the National Party.

In which case, it would be “counter-productive” of the Taxpayers Union to be criticising Judith Collins’ trip to China. It would be a case of  attacking one of their own.

Taxpayers Union:  A question of value for taxpayer money

Taxpayers Union: Who we are

Newswire.co.nz:  ‘Not up to church to dictate on gay marriage’