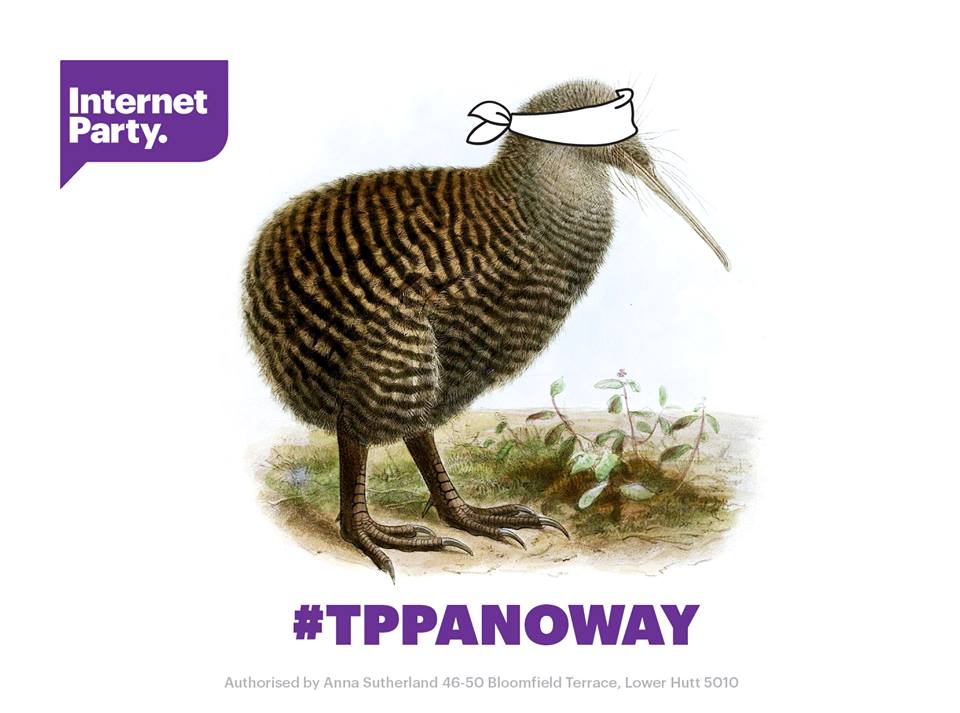 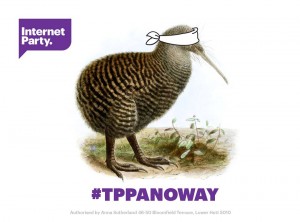 Imagine you’re a 18-21 year old, from a working class family. You’ve never had a landline phone at home, because your parents can’t afford the fixed monthly bills, so everyone in your familiy has a pre-pay mobile phone. Because of the same tight budget, you’ve never had a broadband internet connection at home either. Maybe you’ve had dial-up on off. Maybe your family has a second-hand computer, maybe even an old laptop, but if it still works, it won’t for long, and you can’t afford to have it fixed.

A few years ago you saved enough money from a part-time McJob to buy a handheld PC (or “smartphone”). You chose a handheld because they’re so much cheaper than desktop or laptop computers, and because you can use them for instant messaging (SMS “texting”), phone calls on the cell network, and connecting to free wireless internet at school, McDonalds, the library etc. As any young person does, you share music you like with your friends, using your handhelds and MP3 players, as your parents would have once used a twin-deck cassette player.

You hear that there is this thing called a “general election” happening this year, and that you’re supposed to “vote”, you start to pay attention to the daily “news”. Suddenly you’re being told that you’re a “pirate”, and when you and your friends share music you’re “stealing” – even though what you’re actually doing is giving away free copies (I wouldn’t steal a car, but if I could make a perfect copy of it without affecting the original, hell yeah!). You’re being told that you should give money – money your family don’t have  – to a mega-rich corporation, just to download the same digital files you can share with each other for free. This is when you first start to realize that “copyright” has become an “intellectual monopoly”, being used as a tool for concentrating wealth away from people like you, and enforcing inequality (Robert Wade calls them “income concentrating pre-distribution measures”).

Maybe you’re attending a university, polytech, or “private training establishment”, because you couldn’t find a fulltime job when you left school, and you’re told by Work and Income that you need “qualifications” to make you more employable. You are going to be about $5-8000 in debt for every year you study, including fees and other course costs, assuming that you qualify for a student allowance, and you’re not studying the more expensive courses like Medicine ($12,500), or Veterinary Science ($9,000). Then someone points out to you that a huge portion of what you’re paying for “education” is actually going to companies which exploit the same “copyright” monopoly which supposedly makes you a “thief” for sharing in your culture.

Tertiary libraries fork over stacks of cash from our education funds to a handful of powerful overseas publishers so they can subscribe to peer-reviewed academic journals, and give students access to “e-books”, the number of which is artifically limited by the tax those publishers impose on every use of every copy. Students fork over stacks of cash to another cartel of publishers for the constantly-changing “latest edition” of their compulsory course textbooks. Like the writing and peer-reviewing of articles for journals, and many of the books in tertiary libraries, textbook content is often written by academics as part of their job as teachers and researchers. This work could be freely shared with the world, allowing universities to give students access to digital copies, or print their own at-cost editions for their students, like the Media Studies textbook released recently under a CreativeCommons license by an international group called Media Text Hack, spearheaded by Dr Erica Pearson at Otago University. Tertiary institutions in Aotearoa also fork over stacks of cash to US corporation Microsoft, for “licenses” to use their copyright-protected Windows and Office software. Instead of paying locally based ICT workers to customize and support free code/ open source software like GNU/Linux and LibreOffice.

After being told all this, it occurs to you that enforcement of “copyright” monopolies in education goes against the most fundamental principles of public education; that knowledge should be free to all, and that sharing knowledge freely benefits everyone. You start to wonder, if we stopped allowing a handful of mega-rich companies to extract profit by controlling and limiting access to knowledge generated in publicly-funded universities, and any other forms of corporate welfare in the education system, could the country afford a truly free education system available to all kiwis?

This spurs you to research more about this “intellectual property” thing, which leads you to discover another area in which “intellectual monopolies” enforce inequality; health care. A drug is a particular chemical formula which is found to have medical benefits. Nobody owns chemistry, right? Wrong. As with software patents – which effectively give patents on bits of mathematics – the US patent system has dug patents which allow pharmaceutical corporations to patent not only a *method* for producing a drug, but the chemical structure of the drug itself. Even if another company, government, or community group comes up with their own way of producing a “generic” version of that drug, the patent can still be used to stop them, allowing corporations to profit from keeping drugs much more expensive than they need to be for20 years until the patent expires. They can do the same with medical equipment.

But our doctors and hospitals don’t just have to continually adopt new stuff, right? If the old stuff still works, why not keep using it? Turns out that the same companies who profit from medical patents also control a huge chunk of the world’s medical research budget. They can conduct as many studies as they like, but they only have to share the results of the studies which seem to support the claim that the new product they want to sell is a ground-breaking improvement on the old ones (see Guardian columnist Dr Ben Goldacre’s comments on this). They also employ armies of salespeople to visit doctors, dropping off
pens and notepads monogrammed with the company logo, singing the praises of the latest (freshly patented) “innovations”. One disturbing result of this is that we are sometimes being given drugs that don’t actually work as advertized, or that we don’t need. Worse though, is that even for genuinely helpful drugs, it means that in most countries, including ours, a huge portion of our public health budget is flowing straight into the coffers of corporations which hold medical patents, money which could be redirected into effective
primary health care, free dental care, and other things we’re told we can’t afford.

Then you start hearing about the TPPA, and how it could enforce US-style “intellectual property” on New Zealand, and shift even more wealth from ordinary families like yours to massive global corporations, in exchange for… nothing much. You start to think about all the others ways everyone would be better off if society wasn’t letting all these corporations set up tollgates on the highways of the imagination, – especially working class people like you and your family. You get mad. You post about all this on FaceBook, and discuss it with your friends and family. You want the government to take these ideas seriously, but all the major parties seem to be interested in is giving corporate welfare to copyright-dependent corporations like Warner Brothers, helping them prosecute you as a “pirate”, and maybe even ban you from the internet. You also find it disturbing when they extend the powers and funding of spy agencies like the GCSB, so they can monitor your phone calls, your texts, and
your FaceBook updates, which makes you nervous about speaking openly about these powerful groups, and the vast swathes of public money they hoover up with their “intellectual monopolies”. It seems to you that these corporations are the ones “stealing” – from the public – with help from Snapper Key’s National government, but what can you do about it?

You want to get rid of National, but Labour doesn’t seem much better. It’s like whoever you vote for, the corporations win. The political parties that do seem to want to do something about inequality are either, like Mana, too small to make an impact, or like the Greens
they don’t seem to really engage with the full human cost of “intellectual monoplies”. You find out about the Pirate Party movement in Europe, started by the Swedes who campaigning in defence of the file-sharing search engine PirateBay, who definitely seem to understand the issues. But the NZ Pirates number only a couple of dozen activists, from across the political spectrum, and are struggling to get off the ground. You hear about the Internet Party, but do they want to reduce inequality or are they another “libertarian” capitalist party like ACT, who want to exploit the internet to make profits for newer corporations like Mega, and
concentrate wealth in the pockets of people like Kim DotCom? Can they even get to 5%, would a vote from them be wasted?

Then you hear that Mana and the Internet Party are talking about an alliance. This is interesting. Proposing to work with Mana means the Internet Party can’t possibly be like ACT, can they? Working with the Internet Party means that Mana would likely bring more than one MP
into parliament, improving the chance of kicking Snapper Key and National out of government. Regardless of who wins on September 20, a Mana-Internet alliance would challenge both National *and* Labour on their support for the “intellectual monopolies”, and all the other
slanted playing fields which are enforcing inequality. This is exciting! Maybe you might bother to go down and vote after all, and maybe you’ll take a few of your friends with you.

Daniel Strypey Bruce is a writer, performer, activist, GNU/Linux user, permaculturist, Occupier, and festival director, based in Ōtepoti/ Dunedin. A student of Māori language and culture, he acknowledges the mana whenua of hapū and iwi in Aotearoa. An early advocate of online activism, he was a founder of Aotearoa.Indymedia.org,