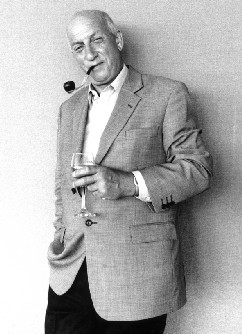 Not once but twice this week I’ve been disgusted to find suicide being tossed around by people who really do know better, first as a political jabfest on Twitter between Judith Collins and Max Coyle, and yesterday the ruminations of Doesn’t Deserve the Sir Bob Jones on his glee at successfully telling someone to go kill themselves. And that’s just the stuff from people demanding our respect. An amazing amount of suicide jokes, trolling and bullying is said, posted on the Internet, texted and scribbled on notes every second of every day.

Suicide isn’t funny, and it’s nothing to be proud of inducing.

Oh but we were just joking around. Oh as if Judith Collins would go kill herself. Oh but I’m just recalling a humorous memory. Oh as if we really thought Charlotte Dawson would try. Oh he knew we didn’t hate him. Oh she was always being dramatic about killing herself. Oh as if we thought she’d take the trolls seriously. Oh as if reading/hearing hate speech towards (minority/disability/etc) would be the final straw.

Without going into it too much, I only have a couple of cats lives left. Depression has been my black dog since the first thing I remember, and I was only 11 the first time I tried to get out of here. It has taken 15 long hard years of therapy, 3 steps forward, 2 back, 4 forward, 5 back, and so on, but I finally learnt that I may feel despair now, but it WILL get better, it always does, and if I can just ground myself, I ride out those dips looking forward to feeling better, instead of feeling like I’ll never be better.

Other people in my life sadly never got to that place. It all got too much and they couldn’t get through it. I do not call that weakness. I am amazed by the strength that got them as far as it could, after living traumatising lives. And I am utterly devastated for those of us left mourning someone we loved but couldn’t save.

I’m baring my soul here because I want to tell people who think making stupid comments on the Internet and in the media have no consequences – who distance themselves from actual suicide attempts and deaths – that they do have blame to carry. And that nothing about suicide is funny.

Would it be so funny if you were the one who got a desperate text from your friend when she OD’d after being trolled mercilessly on a chat site, drove 30 minutes away far exceeding the speed limit and break down the front door to find her in bed, blue, unresponsive and do CPR – the laptop open next to her – still showing the torment? I didn’t find it funny. Finding someone near death is fucking scary.
Would it be so funny if it was your teenage cousin found dead in her bedroom one morning? And the family found out after searching her computer that she secretly wanted to be a boy, saw a Twitter hate war against trans people and decided he too would never be accepted or loved for who he really was, and hung himself? Finding someone hung isn’t funny, trust me.

Bob Jones – would it be so funny for the man you successfully encouraged to kill’s family? Did you ever think about that? Did he have a partner? Parents? Kids? Friends? Of course he did. The very same kids were then no doubt brought up on welfare. But that’s all good. You can slam them for that now too. Oh wait – except if you hadn’t been such a sadist they would have a dad. Good lord. Do you have a heart?

Would it have been funny if the online bullies who made my life hell in my early 20’s – who went so far as to stalk me and troll me in real life, succeeded in their sustained attack encouraging me to kill myself? Was it funny that I hated myself and was so scared I OD’d? Would it be funny that my son wouldn’t have me if it worked, and had to grow up without his beloved mum? No, it’s not.

The truth is, suicide trolls, that what you post on chat, message boards, blogs, editorials, Twitter, FB etc has untold effect on people reading it, as well as who it’s directed at. There is a reason that when the MSM publishes a story even remotely connected to suicide, they list links to get help with depression. Posting suicide stuff on Twitter aimed at some politician IS dangerous. It could seriously be the last bit of hate and encouragement a suicidal person reading it can survive. Writing and publishing editorials bragging about inducing suicide not only encourages these trolls, it may also be that last bit of encouragement a struggling businessman needs to pull the trigger. I’m not joking. But hey – clearly Bob doesn’t give a damn about that. But I do. I’m pretty sure 99.9% of us do.

We need to have a national conversation about suicide. Roastbusters has us having a national conversation about rape, but story after story of young Kiwi’s ending their lives thanks to bullying, encouragement and idealising have raised mutterings but not outrage. We are living in a world where the strong ignore trolls but the vulnerable are just expected to do the same, even though they cannot. There are many things about suicide we need to discuss, and one of the main ones is – is it ok to let our fellow citizens get away with inducing, encouraging, bullying and idealising suicide? Is it really ok to sacrifice hundreds of lives every year to both nameless and shameless tormentors?
No.