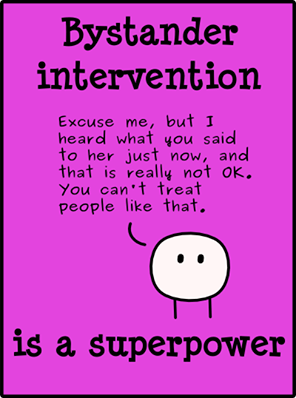 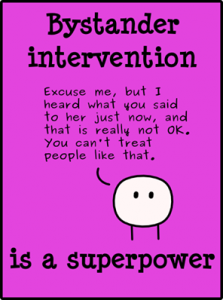 So there’s this thing I’ve been wanting to talk about for a while, which I’m a bit scared to say for fear that I might be attacked. Which is also, as it happens, kind of thing that I want to write about.

The thing is, I get scared of online feminists.

I’m going to talk about what is purely my experience (and if you’ve had a different experience please share). I’m also limiting this to what happens in feminist circles online. Which is only because those are really the only online circles I spend any great deal of time in.

I’m writing this now because it comes as a reflection on some things said by Bryce Edwards yesterday. I’m going to leave the discussion about Lorde and race and class to one side and just focus on some of the things which he said about contemporary feminism and ‘liberal-leftism’.

“Yet these days feminism – and much of liberal-leftism in general – so often seems to be about censuring people for using the ‘wrong’ words and images. Unfortunately, this simply tends to enforce a politically-correct form of Newspeak.”

The thing is though, understanding the power dynamics of language and how its misuse/lazy use can perpetuate hegemonic power structures and oppress certain groups and support negative stereotype etc is not knowledge anyone is born with. It takes years of learning, of observation, of occasionally being called out and swallowing your pride and choosing to try and do it better.

And that’s great and positive and something which the internet makes easy.

There are occasions when the WAY that this censuring is done is actually just unhelpful. For example, when someone uses a word which has been (generally totally justifiably) blacklisted or they express an opinion which is ill-informed but not malicious and get SLAMMED for it. I think the internet makes it easier for this to happen. If someone says something inappropriate in real life and someone corrects them on it, generally everyone else standing around won’t repeat the same thing with their two cents added. But that’s effectively what’s happening in some of those super-long angry discussion threads. EVERYONE has to add their opinion. And it might not seem like it’s a big deal when you’re typing up a reply, but in the real world if 10 people had previously said the same thing to someone, you’d probably think twice before joining in. You might even, if you had concern for the feelings of the person on the receiving end of it, cautiously say ‘Ok guys that’s probably enough, I think they might have got the point’. Because here’s the thing, saying something aggressively online doesn’t feel as serious as it does in the real world, but being on the receiving end of it hurts just as much.

And I’m not really as concerned about trolls and those really obnoxious people who hang out on feminist blogs because they think it’s their duty to tell women all the reasons why they’re wrong in thinking they should actually have a say in how they want to run their own lives. The people I’m concerned about are those on the periphery, who identify as feminists and want to learn more and partake in conversations and are TERRIFIED to do so because they have seen well intentioned people blindly step on taboo-landmines that they didn’t even know existed. I am one of these people. I’ve spent the last 18 months or so reading feminist blogs, liking feminist facebook pages, following feminists on twitter and have never had the courage to partake in these forums as anything more than an observer because I don’t feel like I have a full grasp of what I’m allowed to say. So I keep my mouth shut. The only way I feel comfortable writing this blog is to do so anonymously.

And I think it’s a real shame. Because we should be welcoming people into the discussion, not frightening them into keeping quiet, or worse still driving them to resent it if they’ve found themselves on the wrong side of an online civil war.

So I would like to request, if you are someone who partakes in feminist conversations online that you just pause when getting into a heated debate and consider:

1-Does what I want to say genuinely add a new/valuable perspective to what has already been said?
2-Would I communicate my point like this if I was speaking face to face with this person who I don’t know?
3-Can I say/do something which could better explain the issue to them rather than criticizing them in a really public forum, bearing in mind this is far more likely to make them feel resistant and hostile?

I guess what it really comes down to is just showing a bit of compassion and remembering the humanity at the other end of the twitter tag/commenter profile.

And yeah, I get that some of the agro comes from frustration at having to go over this stuff again and again and again. And yes, I think it’s important that we can vent those frustrations but ultimately we’re trying to achieve change. And for that we need to be welcoming and inclusive and if that means biting your tongue and taking the sark out of your tone and reaching out to try and reason and inform instead of criticise then I personally think it’s worth it.