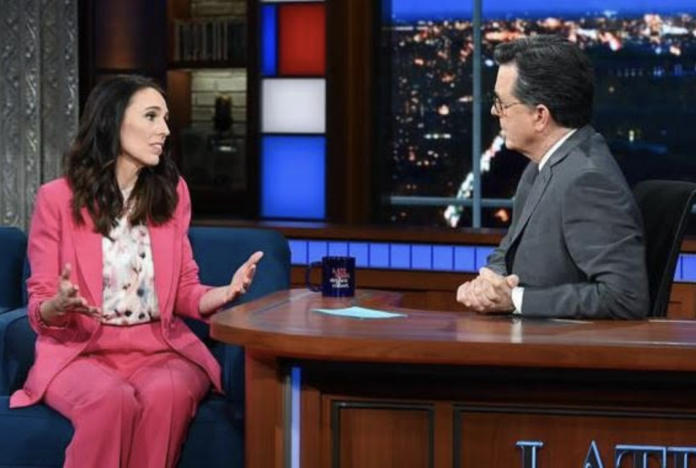 RICHARD PREBBLE reckons the Aussie election should be read as a harbinger of doom for the Labour Government. It will all be about the cost of living, Prebble says, and that is only going to get worse between now and election day. So, its ‘Game Over’ for Jacinda Ardern, says Prebs, just like it was for Scott Morrison a week ago.

If Prebs’ analysis is correct, then the complexion of an incumbent government simply doesn’t matter anymore. Left or Right – it makes no difference. The highest rate of inflation in 40 years is bound to evict them from office. They’re gone-burger.

So, according to Prebble’s gospel, Boris Johnson and his Tories must be considered gone-burgers. After all, the UK inflation rate to April 2022 was a staggering 9 percent. That is actually a record for the statistical series going all the way back to 1989. Given the sheer awfulness of that inflation number, we should be rubbishing any prospect of the Conservatives being re-elected at the next UK general election, two years from now in 2024.

Oh, really? Leaving aside the obvious point that a hell of a lot can happen in two years, and ignoring the Tories’ 80-seat majority (that’s right – 80 effing seats!), the state of the parties in the latest round of the UK opinion polls shows the Conservatives an entirely competitive six percentage points behind the Labour Party.

If Boris Johnson can’t reclaim that ground from a constipated prat like Sir Keir Starmer then he’s not the tousled Teflon toff the Brits seem irreversibly programmed to forgive over and over and over again.

No, the Aussie election result wasn’t driven by the cost-of-living stats, it was driven by the widespread assessment of Australian voters that Scott Morrison was a boofhead – and a pretty sorry specimen of boofhead at that. They certainly weren’t all that impressed by the Labor leader Anthony Albanese – who, by outward appearances, had also been manufactured by Stepford Industries. It was just that the thought of another three years of Liberal-National boofheadism was just too much to bear. Painful though it may be for a Kiwi to admit it, Australians just aren’t that dumb.

Which pretty much puts the skids under Prebs’ vulgar Marxist analysis that everything is driven by economics. Most Kiwis know that the inflationary pressures pushing up their living costs are practically all sourced offshore. That being the case, there’s bugger-all Jacinda Ardern and Grant Robertson can do about the price of oil; or the Russian blockade of Odesa, Ukraine’s wheat exporting port on the Black Sea; or the disruption of Chinese supply-chains due to Omicron; or the ever more serious effects of Climate Change. No. When it comes to deciding who to vote for, Kiwis’ preferences will be driven by factors that have very little to do with Prebble’s dialectical-materialism.

Watching Jacinda Ardern’s performance on Stephen Colbert’s Late Show, I was struck by just how extraordinarily good she can be when the wind is in her sails. While there’s no disputing that her confidence took a pummelling during the inevitable transition from lockdown to living with the Coronavirus, and that a downcast Jacinda Ardern is no bloody fun at all, there’s equally no disputing the fact that, as we have seen, even prime minister’s moods can be changed.

What may not be all that easy to change, however, is the growing perception that Christopher Luxon is just another tory boofhead, and that his National Party has long since crossed the line separating rational conservatism from the same sort of boofheadism that brought down the Liberal-National government of Scott Morrison and Barnaby Joyce. I mean Simeon Brown? Mark Mitchell? Are we really supposed to take these characters seriously?

And while we’re on the subject of ineptitude, who the hell was it who talked-up Nicola Willis as some sort of economic whizz-kid? Her recent performances as National’s shadow finance minister have been woeful. Pitted against Grant Robertson, she risks being exposed as just another empty National vessel.

Similarly, I have no doubt that when the election debates roll around next year, Jacinda Ardern will easily outclass Christopher Luxon. Providing she holds onto that poise and confidence she displayed on the Late Show, she has every chance of demonstrating to New Zealanders the foolishness of changing political horses in midstream.

She’ll need something to say, of course. Something over and above simply sounding like a credible and competent prime minister. Thinking about it, that’s what made her time on the Late Show so productive. She had something positive and progressive – gun reform – to hold up to an American audience horrified by yet another massacre of innocents. Something that the Republicans she didn’t name, but who were clearly in her mind, could never hope to match.

The most effective “over and above” policy constellation, IMHO, would be a bold and unapologetic pledge to reform the way the New Zealand state operates. If Jacinda Ardern and her ministers were to explain how ineffective the state has become under the administrative protocols of the past thirty-five years – offering up its pitiful outputs on health, education, housing, social-welfare, transport and Climate Change as evidence – her government’s collective failure to deliver would, at least, be explained. Blend into that narrative the need to improve the delivery of services to Māori and Pasifika, and then top it off with a promise to comprehensively rejig our electoral laws. That would give the PM plenty to talk about: plenty of opportunities to display her hallmark idealism and empathy

Of course Prebs would dismiss all this with a derisory snort. Constitutional reform butters no parsnips, he’d say – especially with Anchor butter at $8.00 for 500gms!

Except, a halfway competent Finance Minister would explain that if Anchor butter’s at that price it’s only because Fonterra and our dairy farmers are creaming it on the international market – and that’s a good thing, isn’t it?

What voters want more than anything else is the sense that an incumbent government continues to be a work-in-progress: that it’s still got plenty of things it wants to do before its through – changes that promise to make their world a better place.

Voters want to know that their leaders aren’t just thinking about them: they want to know that they are thinking, full stop. In sharp contrast to American voters, the electors of Australia and New Zealand still possess fully operational crap detectors. They will not vote for boofheads – or, at least, not indefinitely. 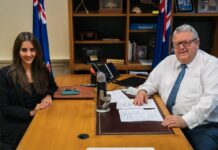 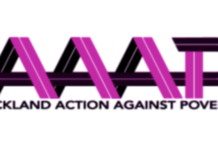 The Time For Change Is Now – 63% in poll want Cost of Living Payment to be extended to people receiving benefits and superannuation... 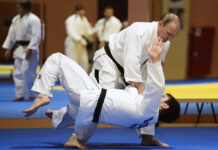 What if we are wrong about Putin?