The Emma Maersk, above, especially commissioned by Walmart to transport its goods from China to the US, carries 15000 containers and, travelling at 31 knots, it can cross the Atlantic in five days, half the time taken by other such ships. But on every return journey its containers are empty, and that’s the reason we’re being seduced to war.

That this huge ship, and two even bigger just built, should sail one way full and the other way empty is an entirely predictable consequence of the flaw inherent in Western Capitalism, the particular form of Capitalism which governs our lives!

In the nineteen sixties, when Western Capitalism had exhausted every means of remaining profitable in its own market, it began moving its factories offshore in search of cheaper labour. Starting in Japan, and then moving progressively to other cheap labour sources in Asia, Western Capitalism finally ended up on the doorstep of the biggest cheap labour market of all – China.

Vastly in debt to China, and with no viable cheap alternative, Western Capitalism is now owned by China.  And Western Capitalism’s only way out of the corner it finds itself in is to persuade its other “partners in crime” that China has somehow cheated on the deal, and that adjustments must be made to curb China’s authority.  Which is why our Capitalist media has been feeding us stories about how evil, repressive and ruthless China is.

With Western Capitalism’s insatiable appetite for obscene profits having brought us to this perilous point, its strategy to save itself has been expanded to also include Russia, the other great power it has been unable to subdue, and which, consequently, we must also be taught to loath, hate and fear.

Repeating the same tall tales that have always worked, the Capitalist media first describes the offending “regime” as a dictatorship and its leader as a vain-glorious tyrant. And from there the stories move on to tales of cruelty to women and children, oppression of minorities, religious groups and the suppression of opposition political parties.

And then ultimately, once the shooting starts, a stage not yet reached with China but now enveloping Russia, we get fed stories of ruthless attacks on hospitals, schools, supermarkets, churches, and the destruction of vital public utilities, all topped off with bloody stories of the wanton killing of innocent individuals.

And no matter how many times these stories have been proven false, like weapons of mass destruction in Iraq, chemical weapons in Syria, babies thrown from incubators in Kuwait, still we swallow them, hook line and sinker. If the Media asked nicely it seems many would be prepared to proceed to gut and fillet themselves.

With its plans for China simmering, Western Capitalism is proceeding first to destroy Russia. But, because Russia is a nuclear power, its employing proxies to do its dirty work. Ignoring the fact that the USSR was dissolved in 1991 and that Russia has actually embraced Capitalism, Western Capitalism wants more. And having been thwarted in its attempts to simply seize Russia, as it tried to do when the Soviet Union collapsed, Western Capitalism now plans to first destroy it economically, and then seize it.

And to do that Western Capitalism is using its control of Nato, whose membership it has expanded to include former USSR members states, which it is now employing to so threaten Russia’s security that Russia has to retaliate, and so we have the war in Ukraine.

Every effort Russia has made to become an integral part of the Capitalist family must be ignored. And we certainly can’t mention that if it wasn’t for Russia’s great WW2 sacrifices, the fight against the Nazi tyranny would have been lost.  Nor can we be reminded that China was fighting the Japanese ten years before Western Capitalism declared war on Japan, or that the US branch of Western Capitalism was still trading with the Nazis up until 1941, by which time my father, and many like him, was a prisoner of the bastards.

And we certainly can’t mention that Ukraine collaborated with the invading Nazis in WW2, colluding with them in the deaths of thousands, including many thousands of Ukrainian Jews.

Just as imperialism was always justified by the argument that it was bringing “enlightenment and civilisation” to the world, so Western Capitalism makes the case that its wars are justified for the “democracy and freedom” they bring. And so we get people like former US Secretary of State, the vile Madeleine Albright, declaring that the deaths of half a million Iraqi children “was worth it” for all the good things the US invasion brought to their country.

Western Capitalism, subduing all before it, is just another form of Imperialism.

At the outset, when domestically-produced goods first started being made offshore, the Capitalist media, ignoring the plight of workers thrown on the scrap heap by the betrayal, instead trumpeted Capitalism’s move for providing consumers with more affordable goods, assuring us that any profits would trickle down to whoever was earlier harmed, and that everything would be rosie.

And ever since, official indicators that would normally expose the fallacy of those assurances have been gerrymandered to hide the terrible consequences suffered by working people. For instance people working part time or in temporary employment can be regarded as “fully employed” and so not numbered among the jobless.

The rotten irony of Western Capitalism is that, for all its lauding of the virtues of free enterprise and the evils of Socialism, it is social spending’s greatest beneficiary.

Think about it – just as it was suggested that last week’s budget payment of a cost of living subsidy to the poor would go straight to every supermarket’s bottom line, so too does every dollar paid to a beneficiary wind up in Capitalism’s pocket. And since public works departments were dismantled, so too do all the huge sums allocated for building and maintaining infrastructure, hospitals, schools, public buildings, dams, housing, bridges and roading, end up in Capitalist coffers.

But it gets worse – with Western Capitalism’s pursuit of “profits before people” having brought us to the brink of war, requiring vast sums of public money to be budgeted for wars, again it’s Capitalism, which owns the arms industry, hat profits from it.

Armaments produced by the Military Industrial Complex are not constrained by price, or any competitive quoting system, but, so, long as the Capitalist media can create enough fear among enough people, weapons of war can be sold for whatever exorbitant price Western Capitalism cares to charge for their supply.

And that situation is made ever more cruel by the fact that so many workers who were made redundant by Western Capitalism’s move to cheaper labour markets, are now employed in the arms industry.  Where, in effect, they are paid from public funds to make profits for the system that destroyed their jobs, to make weapons intended to destroy the workers to whom those jobs were given.

Our arsenal is not as empty as those shipping containers

If all this rings a bell but seems to suggest nothing can be done – there is something we can do!  We can demand that our media be required to tell both sides of the story of any conflict, not just that supplied by those hired to supply stories that benefit Western Capitalism’s vested interests.

We can demand that your government and media explain why, if China’s reported interests in the Pacific pose a threat to our security, why are Russia’s similar concerns about Nato forces being situated on its borders, not similarly valid.

We you can ask them, if atrocities being reported in Ukraine are so horrendous as to require us to adopt sanctions against Russia and to send military and civilian aid to the victims, why is similar action not taken against Israel for the creeping genocide it has been conducting on the Palestinians for the past 75 years.

We can demand that those charged with ensuring that goods and services we consume meet the highest standards, be also required to scrutinise the media, whose biased content poses a greater threat to our health and safety than any of the other consumer goods they so diligently monitor.

And if the Media, or your MP, or Jacinda, or Luxon, or Mahuta won’t respond to these concerns, we can report them to the Ombudsman, or to any number of consumer watchdog organisations, including the Consumer Council, or even the broadcasting Standards Authority or the Press Council, although I wouldn’t bet on the last two doing much.

We are only as powerless as we allow ourselves to be. 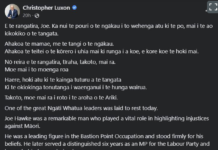 MEDIAWATCH: The depth of National Party racism is always surprising 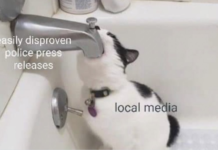 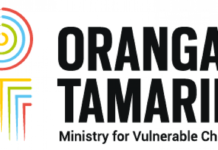 Oranga Tamariki’s Critical Race Theory in all its ugliness