If anyone was in doubt at the political malaise which grips Aotearoa New Zealand this will be dispelled at the prospect of a Luxon Vs Ardern election next year.

The media are polling flat out and breathlessly telling us who could be PM, what coalition options look like and who could be kingmaker or queenmaker. It’s tedious and silly this far out but it underlines just how hopeless are the current electoral options.

For almost 40 years Aotearoa New Zealand has been in the grip of a National/Labour economic consensus which means the rich get relentlessly richer at the expense of middle and low income workers and their families. The practical policy differences between Labour and National are fine shades of beige.

Labour and National are dominated by a neo-liberal consensus which has ironed out any significant differences in their policies. Labour is just as likely to be on the right of National on any issue and the Labour and National tribes loath each other more than any passion they may have for the welfare of the people.

Labour’s promises of transformation are no longer even an eye-rolling joke.

Just two Labour ministers – Andrew Little and David Parker – have any sort of drive or ambition in their portfolios – most of the rest are nice people but that’s all.

Particularly feeble have been Megan Woods in housing and Carmel Sepuloni in social development. Under their watch the numbers of families struggling has ballooned. The state house waiting list has reached 25,500 (up from 5,000 when Labour came to power in 2017) and Woods is delivering funding for just 1600 new state houses each year. Hopeless. And while Carmel Sepuloni was good on a loudhailer railing against National before she got her feet under a ministerial desk, she has appeared inert since.

Under this Labour government the rich have got immeasurably richer – a trillion dollars richer – at the expense of the rest of us.

Die-hard Labour supporters will claim Covid has prevented transformation. Untrue. Covid provided the opportunity and justification for transformation in health first following by change across the board. But Labour wasn’t interested. It gave up looking out for low and middle-income earners long ago. Labour has neither the desire, the policy nor the political determination to bring meaningful change. They are comfortable fiddling at the margins.

Meanwhile the Greens these days look too comfortable. They have neutered themselves in Labour’s shadow. They are not hungry enough nor outraged enough to drive for meaningful change. What campaigning they do seems lacklustre – just going through the motions.

Is there time to build some better political option before the 2023 election?

We should give it some thought. 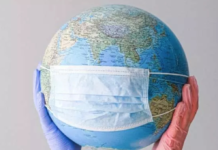 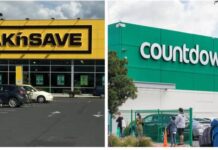 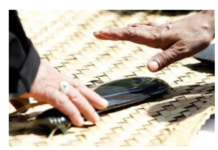 Getting On With Co-Governance – Without Debate.