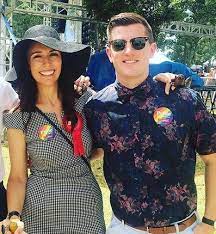 The Left wing Auckland Mayoralty meltdown looks to be the most destabilising political misjudgment going into the 2023 National election.

Losing the Auckland Mayoralty would be an appalling home goal for the Left that would automatically put Labour on the back foot going into the 2023 election.

It is jaw dropping incompetence that has led us here.

With Goff leaving (although he’s now being begged to stay), it was a no brainier that Efeso Collins was the heir apparent. Clever, smart, articulate and with an enormous history of working at the coal face of the South Auckland community, Efeso has the mana to run and with the incredible job he’s done over Covid, his case for the Auckland Establishment Left to back his candidacy seemed a forgone conclusion.

Except that it wasn’t.

Efeso has that thing that terrifies the establishment Left, an independent vision. He’s no one’s stooge and unfortunately being a puppet is a pre-requisite for the Establishment Left.

Rather than back Efeso, the establishment Left chose the woke pronoun word salad that is Richard Hills.

He’s a Goff acolyte and his candidacy has come about because Shearer bailed out when he got cold feet and rather than back Efeso as the first Pacific Island Mayor, the Establishment Left have settled on the glass jawed Richard Hills.

Unfortunately it gets worse.

TDB can exclusively reveal that Labour reached out to Hills and asked him to run. 3 separate sources have confirmed Hills is telling others this is why he’s running, because Labour asked him.

It feels like Labour have fallen into the trap all 5 year Government’s fall into and that is promoting people based on loyalty rather than talent.

Intense pressure and threats will now be placed upon Efeso to pull out so Hills can run without any challenge from the Pacific working class, but if the establishment Left lose the Auckland Mayoralty they will only have their own cowardice and Labour’s poor strategic decisions to blame.