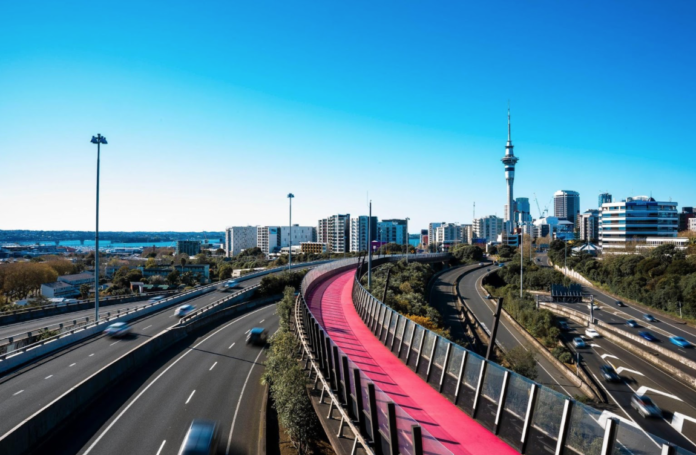 Remember when Labour knee jerked over that stupid bloody Bike Bridge because David Slack and his militant North Shore cycling Militia forced their way over the Harbour Bridge?

So frightened was Minister Michael Wood of his own militant cycling wife AND David Slack, that he freaked out and promised an unbelievable $750million for an ill thought out Bike Bridge.

I say unbelievable because the idea of angry commuters driving past a Bike Bridge being built for 5 years is less an infrastructure idea and more a conceptual Art work called ‘Helping National win the next election’.

The architectural ugliness of what they were proposing didn’t matter, the counter productive political fall out didn’t matter, all that mattered was David Slack and the Minister’s wife were pacified.

Which is why the $750million bike bridge came across as tone deaf and stupid.

Which beings me to this appalling Unemployment Insurance, it’s so tone deaf because it’s about Labour pacifying the demands of their mates rather than actual sound policy.

We have historically low unemployment so why this is so pressing now when we have Housing and the Poverty crises to solve is a tad beyond me, but it’s the self interest that is most galling about all of this.

Labour intend to push through the Fair Pay Agreements which will see universal union membership, as the largest faction inside the CTU, the PSA would see most of their political influence evaporate. To make this easier for them, the CTU are giving the PSA a taxpayer funded 6 month holiday that the Wellington Bureaucrat class can tag onto their working life for those Northern hemisphere summer sojourns when the NZ winters are a drag.

The Government asked if everyone could get the unemployment benefit, and when they found out they couldn’t they proposed this nonsense. The reason not everyone can get the unemployment benefit is because WINZ are fucking arseholes who make the process as impossible as possible, so instead of forcing WINZ to stop being malicious pricks, the Government decided upon an insurance plan instead and PSA self interest did the rest.

So poor people get fucked over while the white collar Wellington Bureaucrat class get to tag one a 6 month taxpayer funded holiday as they bounce between Wellington Government Agencies.

This is as inane and self serving as that fucking Bike Bridge.

Quit the self serving bullshit and get on with Fair Pay Agreements that will help every worker you lazy buggers.