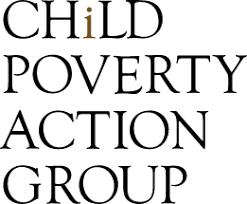 Child Poverty Action Group (CPAG) is calling on the Government to pause progress on the Oversight of Oranga Tamariki System and Children and Young People’s Commission Bill to allow for proper consultation with children, young people and their families.

The proposed Bill, currently before the Select Committee, would replace the Children Commissioner’s position with a board and establish an independent monitor of Oranga Tamariki within the Education Review Office rather than as a standalone entity.

“We are concerned by the process followed for the drafting of this Bill, in particular the lack of consultation with children,” says Associate Professor Mike O’Brien and CPAG’s social security spokesperson.

“Given that a key objective of this Bill is to ‘strengthen advocacy for children’s and young people’s issues’, it is perplexing that children and young people have not been consulted to determine how best the system could be designed to promote their rights and interests.”

CPAG is also questioning the timing of this overhaul of the monitoring and complaints processes for the Oranga Tamariki system, given that the Royal Commission of Inquiry into Abuse in Care has not completed their investigation.

“The new system proposed by the Bill is overly complex for children to navigate and there is a real risk that complaints made by very vulnerable group of families, tamariki and rangatahi may fall through the cracks,” continued O’Brien.

Over the last three decades, successive Children’s Commissioners have played a critical role in championing the rights and interests of children and tamariki in Aotearoa, says CPAG.

“We firmly believe there is value in having a single, independent voice to advocate for all children across a range of issues that impacts them, but also to provide children with a clear ‘champion’ to look to”, says O’Brien.

“We are calling on the Government to pause progress on the Bill, and to hear the voices of children and the children’s sector before progressing further.”