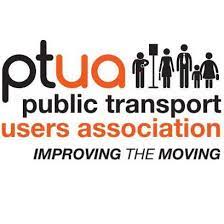 The governments light rail announcement today provides for a small cohort of Aucklander’s and will do little to solve Auckland’s transport congestion and equity problems.

PTUA Chair, Niall Robertson says, “The government have done nothing for most of Auckland’s commuters and have wasted good transport investment capital on a small but very expensive project”.

At an eye-watering $14 .5 billion with a likely 70% (or more) ballooning of the cost, the government have found themselves alone with this project with no support from transport campaigners who support a combination of extending the heavy rail net work and a more modest surface light rail on the Auckland isthmus. These alternative options are much, much cheaper enabling more capital to be available for other needed projects such as a rail tunnel under the harbour and better connections for South and West Auckland.

The opposition parties are right to criticise this option, but they are not offering any alternatives other than a continuation of the outdated motorway mentality.

The world has changed now. Problems to solve are social equality, traffic congestion, cleaning up our waterways, lowering greenhouse gases and providing safer traffic options. National appear disinterested in these problems and Labour are spending a large sum on one project which will have minimal effect instead of targeting the same money on projects which will deal with these problems far more effectively.

“We’ve calculated to meet the 32 minute journey time from the CBD to Mangere (quoted by Minister Micheal Wood today), the light rail vehicles will need to travel at over 105 kms per hour, taking into account a minimum of one minute per stop at the 18 stations enroute” says the PTUA National Coordinator Jon Reeves. Reeves added “Given the light rail vehicles internationally only have an operating top speed of 80km per hour this shows that the Minister Micheal Wood has been led up the garden path and has no real clue about what his government is attempting to push through his electorate at the expense of Auckland ratepayers and New Zealand taxpayers”

The PTUA sees the $14.5 billion project as a gross waste of limited funds available for public transport and there are far more projects of urgency across Auckland than this Labour party pet project. “It’s one public transport project we hope is stopped as soon as possible” Reeves added.