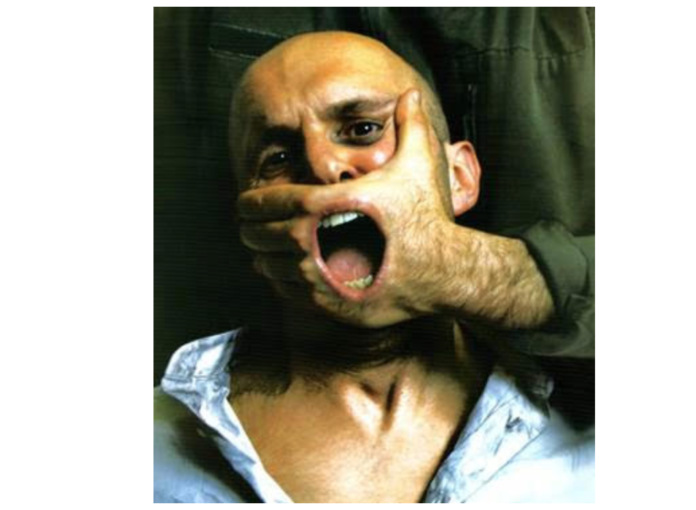 THE BATTLE OVER FREE SPEECH is only likely to grow more intense in 2022. If the Labour Government persists with its plans to eliminate “hate speech”, and if its allies continue to expand that highly contentious term’s definition, then the conflict promises to be epic.

At risk will be nothing less than right of New Zealanders to speak and write freely about their beliefs. Should the year end with a broad definition of hate speech written into New Zealand law, then the 2023 Election will be a particularly vicious and unforgiving affair. Regardless of who wins, the essential fabric of civility that protects the practice of our democracy will be rent beyond repair.

Already that fabric is showing signs of serious wear and tear. In a recent comment, uploaded to the Bowalley Road blog, I read with dismay the following sentences concerning “Cancel Culture”:

“Perhaps we should call it consequences culture instead of cancel culture. You say something people don’t like using your freedom of speech, people can react in various ways using their various freedoms to criticise or punish you for it. Grow a pair and suck it up.”

What makes this statement so concerning is the framing of political and/or cultural debate as a rule-free zone, in which participants should not only expect to be criticised, but also punished, for expressing opinions with which others disagree.

Ominously, the gratuitous addition of the unabashedly sexist taunt “grow a pair and suck it up” makes it clear that the incoming “criticism” is much more likely to consist of the sort of vicious personal abuse that typifies contemporary social media, than the rational, informed and elegantly-styled offerings of traditional critical literature.

It is, however, the word “punish” that is most concerning. The idea that one should expect to be punished for expressing oneself honestly and forthrightly, is one that strikes at the very heart of our democratic culture. But, before attempting to flesh out what is meant by that term, let us take some time to examine the philosophical parameters of a “consequences culture”.

In one sense, all cultures are consequences cultures. In all societies there are customs, conventions and laws, the flouting and/or breaking of which inevitably entail consequences. The taking of another’s life without just cause brings retribution in all human communities. Expecting anything else would be entirely unrealistic.

Societies also exist, however, in which the articulation of certain ideas risks the direst consequences. To insult the Prophet Mohammed in a devoutly Muslim country will almost certainly result in the blasphemer being put to death. Attempt to use your freedom of speech in Belarus, especially by questioning the legitimacy of the current President, Alexander Grigoryevich Lukashenko, and punishment will come hard and fast.

In such settings it is simply nonsensical to speak about the existence of freedom of expression. No one is free who, the moment they attempt to exercise their freedom, is subjected to some form of punishment. Historically, the only leftists who subscribed to such a notion tended to be Stalinists and Maoists of the most extreme kind.

Stalin and Mao’s intolerance of free speech was based squarely on the proposition that their variant of the communist ideology was the closest approximation to the truth of which humanity was capable. To suggest otherwise constituted a crime against the truth, and against all the benefits that flow to humanity from the truth. To  attack and defame the disseminators of the truth was tantamount to attacking and defaming humanity itself. To speak thoughts and articulate beliefs in contradiction of the “party line” identified oneself instantly as an “enemy of the people” – deserving of the most severe punishment.

Did the Far-Right behave similarly? Of course it did. Most of the twentieth century was terribly scarred by the horrific human consequences of regimes which arrogated to themselves total power and total control over their peoples’ lives. To suggest that it is somehow okay for the Left to punish people for exercising their freedom of expression – because that is what the Right did, and does – is not only nonsensical ethically, but it also strongly suggests that not too far below the surface of the individuals making such a claim there lurks some disturbingly totalitarian tendencies.

The moral superiority of liberal-democratic nations over authoritarian and totalitarian states is manifested in the political tolerance and civility that constitute their core.

With the obvious caveat that no government is obliged to remain inactive in the face of speech and/or behaviour posing an imminent and direct threat to the physical safety of the persons and property of other human-beings, the democratic state declines to designate certain ideas, beliefs and attitudes as either compulsory or forbidden. With the faith in reason and science which their forbears inherited from the Enlightenment, democrats remain firm in their conviction that the truth is what emerges from the free and frank exchange of ideas by people unconstrained by the fear of saying something that will result in them being locked-up – or worse.

This all-important faith in the truth-revealing power of free discussion and debate imposes upon the citizens of democratic states a very particular code-of-conduct. People are to be heard respectfully. Any rebuttal of their arguments should be delivered civilly and on the basis of evidence and reasonable conjecture. Under no circumstances should abusive or threatening behaviour be tolerated by those either engaged in, or observing, such debates. Crucially, in the twenty-first century, the rules that apply to these flesh-and-blood debates, apply with even more force to debates conducted on-line.

Consequences culture, or cancel culture? The distinction is more apparent than real. To claim that the most appalling and psychologically damaging personal abuse is nothing more than “criticism”; and to punish those who take an unpopular point of view by pressuring their employers, or boycotting their advertisers; is to identify oneself not only as an enemy of the tolerance and civility our democratic system must uphold to survive, but also as a common-or-garden bully.

The haters and the bullies can protest that their motivations are pure and uplifting until they are hoarse. The perpetrators of terrible deeds always justify their actions by claiming they were carried out for the long-term benefit of someone or other. But we have heard these “you can’t make an omelette without cracking a few eggs” arguments forever. At best they signal a we-know-best infantilisation of the very communities they are purporting to assist. At worst, it’s the cracking of a few eggs that drives them forward. They’re either condescending snobs or psychopaths.

Those are the labels Labour’s caucus risks pinning on themselves if they fail to step back from their ongoing assault on New Zealand’s democratic culture. Only power, and the lust to retain it – at any cost – are located at the top of the social pyramid. Truth, and the freedom it makes possible, are always to be found further down. Forget that, and the consequences for any anti-democratic government are certain to be very serious indeed.