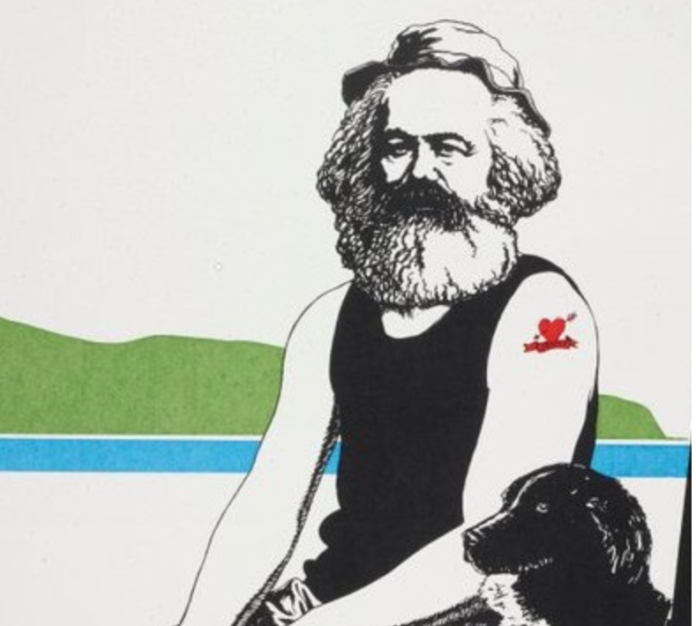 Last year I began publishing a new blog (in addition to Otaihanga Second Opinionon health systems and policies) called Political Bytes. The intention was to provide a left-wing comment on politics. To say the least publication was very, very, very, very, very, very infrequent. My objective in 2022 is to reduce the number of verys.

Bomber Bradbury (editor of The Daily Blog) has just published a short pertinent piece on whether National and ACT could form a government following the 2023 New Zealand general election. Despite some doubts, he anticipates a Labour-Green government being most likely; a view that successive polls reinforce. .

The wisdom of Cyril James

However, I have a different view which is assisted by the wisdom of CLR (Cyril) James (1901-89), a Trinidadian socialist intellectual and highly regarded international cricket commentator. James published much on politics and cricket with arguably his most famous book being the Black Jacobins (1938) on the Haitian revolution leading to the first abolition of slavery.

The two intellectuals James most admired were Russian revolutionary Leon Trotsky and famous West Indies cricketer from Barbados Clyde Walcott. As an aside, Trotsky was sharply critical of cricket despite James’ advocacy; a judgement error by the former.

Politics and a pandemic

Labour thrashed National in the 2020 election and for some time maintained that lead in the polls with the latter in a perpetual leadership crisis. But it needs to be remembered that from when Jacinda Ardern became prime minister of a Labour led government in October 2017 until the murderous attack on the Christchurch mosque in March 2019, National was leading in the polls.

This changed in response to Ardern’s impressive compassionate handling of the response to the attack. But, by the eve of the Covid-19 pandemic in early 2020, National led by Simon Bridges had regained the lead although only slightly.

But along came Covid-19. The Government was astute enough to follow the advice of experts, including those in epidemiology and infectious diseases, and its political leadership was top notch. Meanwhile, as the Prime Minister excelled, National’s leadership imploded.

Labour had stepped up. Ardern designated the October 2020 election as the ‘Covid election’ and was rewarded with the first majority government since proportional representation began in 1996.

Labour held its strong led in the polls for several months post-election while National’s position was disastrous. But, despite this, I felt that all it took was for a competent National leader to emerge to be a potential gamebreaker.

Competent enough to be a game-changer?

Even prior to Christopher Luxon’s election as National leader the gap between Labour-Greens and National-ACT started to reduce slightly, even more so after 30 November when Luxon took over. But still, as noted by Bradbury, Labour and the Greens could still comfortably form a coalition government.

Not good at implementing

Unfortunately, either because things have been poorly thought-out in the first place or botched in the doing, Ardern’s government is not good at implementing things. Even though it has several competent ministers, it is starting to look incompetent only capable of doing well in a crisis.

It’s ‘Three Waters’ (drinking, storm and waste) public infrastructure programme to centralise water supply and sanitation was an excellent aspiration. I have much sympathy for it.

But implementation was botched because of the failure to effectively and genuinely engage with local government primarily over the fundamental issue of governance. Its approach was too dogmatic and rigid to begin with forcing local government to be mistrustful of its motives.

In opposition Labour had convinced many that New Zealand had a housing crisis. It was right to do so. But there was a failure to sufficiently advance the construction of social housing, the most effective way of getting out of the crisis. Certainly Labour in government is doing better than when National was. But it is well-short of what is needed and all people can see is a worsening crisis.

In July Labour is abolishing district health boards (DHBs) which it first created back in 2001 to be responsible for ensuring community and hospital care for geographically defined populations without any idea what will replace them. It is doing this without any electoral mandate.

Further, demonstrating the height of incompetence, it is doing this in the midst of a pandemic. By international standards New Zealand has had a successful Covid vaccine rollout. DHBs were critical to this success.

So where does this leave us? A government that has done well in crises but not so elsewhere. A government whose only knowledge of politics is politics to adapt James. There is competence and achievement within this government.

Ayesha Verrall as associate health minister has impressed as a quite achiever with significant decisions about smoking especially but also fluoridation and foliate levels in bread. But these take time to manifest to the extent that they become publicly noticeable.

But being a poor implementer is a hard label to get rid of once you have it. If Labour lets Omicron run away before most 5-11 year olds are vaccinated and many more adults have their boosters, because it fails to extend the closed border and severely reduce the number of people seeking to enter the country it will be in real trouble (as will New Zealanders).

There is no reason to believe that Luxon, even if politically inexperienced, won’t be a competent leader of National. He also doesn’t appear to have baggage (although his treatment of provincial New Zealand when heading Air New Zealand might come back to haunt him a little; I say this as a Kapiti Coast resident).

My take is ‘even-Stevens’. This expression doesn’t seem to be used as much as it used to be. It may originate from Jonathan Swift at least in part. Swift was an Anglo-Irish satirist, essayist, political pamphleteer, poet and Anglican cleric in the late 17th and 18th centuries, but best known for his novel best known for Gulliver’s Travels.

Essentially it means going one way or the other; or fifty-fifty. Given that proportional representation usually leads to coalitions and produces election outcomes closer than people often think, even-Stevens is my pick for 2023