Former senior figures have accused the Greens of jettisoning core principles as party discontent surfaces over its co-operation agreement in government.

Ex-MPs Sue Bradford and Catherine Delahunty say the agreement makes no sense and that the party’s position in government amounts to a failure of leadership.

Delahunty criticised her former colleagues for not pointing to an “unholy alliance between banks and the government” that accounted for record bank profits, inflated house prices and growing inequality.

RNZ can reveal a number of activists have recently stepped away from the party, including former executive and policy branch members.

They accuse co-leader Shaw of having an autocratic style and complain that the party executive is not holding the caucus and leadership to account over policy decisions in government.

The Greens’ co-leaders have rejected the criticisms, maintaining the party is democratic and making progressive changes in government.

The party signed the agreement on 31 October 2020.

Prime Minister Jacinda Ardern told media the deal was about building consensus and stability, but emphasised her party had a right to govern alone in Parliament. Labour took more than 50 per cent of the vote.

The deal’s provisions bound the pair to ministerial collective responsibility but allowed the Greens to disagree and criticise the government on issues outside those ministries.

Shaw and Davidson were excluded from Cabinet and matters of fiscal policy.

Former policy branch and executive member Megan Brady-Clark – a delegate who voted to block the deal – said the specially-convened meeting over the agreement had been carefully managed.

Delegates gathered on Zoom in a virtual conference on 31 October, 2020 at 4pm, and were encouraged to come to ‘consensus’ around the document. They were given access to copies of the proposed agreement at 4.30pm, the same time it was being released publicly.

Brady-Clark said it had left little or no time for wider dissemination and debate within their branches.

A scheduled government media conference had also been planned the same evening to announce the agreement, exerting further pressure on delegates to agree to it.

…It’s been 14 months since the Greens capitulated their mana for the vacant baubles of Office in a Government they have no power in and what have they to show for that strategic blunder? 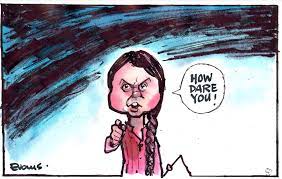 Marama’s and James negotiating tactic was to get on their knees and beg!

You don’t get nuthin by begging, and they got nuthin…

…No policy gains, just a couple of vacant baubles of office.

Labour gain the inoculation and political camouflage they want and the Greens get nuthin.

As the climate crisis events explode over the next 2 years, as welfare reform goes no where, as housing stagnates, as poverty spreads, the Greens will sit alongside Labour like a parasitic twin unable to think for itself let alone change things.

The Greens don’t know if they are Arthur or Martha and if they did they would need a 7month hui to discuss pronoun use.

Watching Climate Strike For Students Auckland cancel itself last year because of heteronormative cis male privilege sums up the Greens perfectly. A middle class asthetic for social justice virtue signals tied into woke dogma that believes all white people are racist, all men are rapists and anyone supporting free speech is a Nazi.

They’ve spent a year harvesting the low hanging fruit of identity politics while doing nothing meaningful on poverty, homelessness or climate change.

Despite my contempt for what the Greens have mutated into I will still probably vote for them in 2023 but will jump the second there is a real alternative.