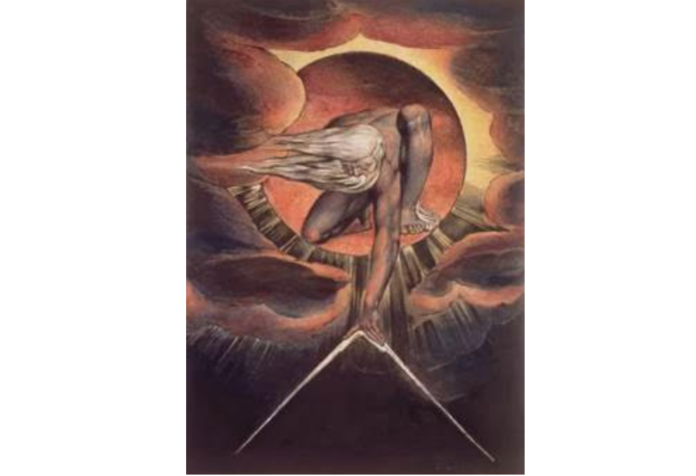 YOU GOTTA LOVE the pseudonyms people come up with. “Pope Punctilious II”, for example, combines orthodoxy and accuracy, with just a hint of the nit-picker. Not a bad combination of talents to bring to the wild and woolly business of political analysis. The comment he appended to my lastDaily Blog post really set me thinking:

“One beef with this article. Trotter claims the country’s current isn’t ‘progressive’, suggesting he’s still attached to a word which has become thoroughly disreputable. I wonder, do we need ‘progressive’ policies, or ‘restorative’ policies?

Progress or Restoration? That struck me as a particularly interesting question.

Does human progress actually have an end-point? Or, is it something that goes on forever? And, if it is continuous, then what will happen to us? If every aspect of the human experience is subject to improvement, then, surely, it is at least theoretically possible that the species will one day “progress” to a point where it becomes something else – something non-human? And is that really what most human-beings want?

A few years ago, I recall watching an animated propaganda film from the Soviet era. It anticipated the evolution of “Soviet Man” – a superhuman being capable of subduing all things to his will. Although it was clearly intended to be inspiring, the film struck me as horrific. Its Soviet makers defined super-humanity as the power to subordinate the whole material world (i.e. the planet) completely to Soviet Man’s progressive will. His monstrous machines consumed forests, straightened rivers, levelled mountains and drained seas. Nothing was impossible. The film ended with Soviet Man boarding the ultimate machine, an interstellar spacecraft. Off he went to spread his planet-consuming socialism across the universe.

But, before all you conservative readers out there start shaking your heads knowingly and getting ready to tap out a comment identifying the above story as just one more example of the historical and moral bankruptcy of socialism, I would invite you to pause, and think.

How different, really, is the vision of those “progressive” Soviet animators from the vision of today’s charismatic billionaires? The Bransons, the Bezoses, the Musks: aware of this planet’s imminent descent into the doom spiral predicted 50 years ago by the Club of Rome; haven’t they also succumbed to the fantasy of exporting their special brand of superhuman, hyper-capitalist, progressivism across the universe?

Is there a fatal flaw in progressivism?

As with most things, the answer lies in its beginnings. The post upon which Pope Punctilious II was commenting, identified the emerging social-liberal revolution as the ideological defence mechanism of the Professional-Managerial Class (PMC). Tellingly, the “discoverers” of the PMC, American academics Barbara and John Ehrenreich, linked its rise to the related and simultaneous rise of the so-called “Progressive” movement in the United States:

“The generation entering managerial and professional roles between 1890 and 1920 consciously grasped the roles which they had to play. They understood that their own self-interest was bound up in reforming capitalism, and they articulated their understanding far more persistently and clearly than did the capitalist class itself. The role of the emerging PMC, as they saw it, was to mediate the basic class conflict of capitalist society and create a ‘rational’ reproducible social order […..] ‘Class harmony’ was the stated goal of many outstanding PMC spokespeople, and to many in the capitalist class as well, it was clear that ‘professionals’ could be more effective in the long run than Pinkertons [professional strike-breakers].”

So, Progressivism – far from being a simple synonym for “socialism” – was actually a way of entrenching the principles, and modernising the practices, of capitalism.

In the professional opinion of PMC reformers, the raucous and rowdy conduct of American democracy, with its “machine politicians” and their disreputable knack for “delivering”, in the most unprofessional (not to say corrupt) fashion, the big city, mostly working-class, immigrant vote, needed to be reduced to something altogether more manageable. Democracy, the Progressives argued, was much too important to be left to the people.

The “primary” system of winnowing candidates; the recall of governors; the placing of “propositions” on the ballot-paper: all of these were Progressive initiatives aimed at breaking the power of party caucuses, and curbing the influence of the men who wheeled and dealed in smoke-filled rooms.

New Zealand’s own progressives, gathered in the Liberal Party, were no less dedicated to professionalising capitalism than their American counterparts. New Zealand’s arbitration-based system of industrial relations was intended to obviate the need for union militancy. The Liberals may have attracted working-class voters, but socialists they most emphatically were not!

If the PMC was busy making plans for the proletariat’s own good, what ideas were driving the workers themselves? Were they “progressives” too? Or, were they actually more inspired by the notion of restoring to ordinary working people the independence and autonomy which they fervently believed to be the birthright of all “freeborn” human-beings.

Historians might quibble that the “rights and freedoms” which a great many industrial workers (especially in the English-speaking world) believed their forefathers had enjoyed were more imaginary than real. But, for English socialists like William Morris and Oscar Wilde, the “Revolution” was, emphatically, about a restoration of the social equilibrium and mutuality which many workers were convinced had characterised the pre-modern era. Morris’s focus on traditional craftsmanship, and his horror of the cheap, machine-produced, commodities pouring out of William Blake’s “dark satanic mills”, stands in sharp contrast to the “scientific socialism” of Karl Marx and Friedrich Engels.

It is no accident that the vast working-class crowd which gathered outside Transport House (headquarters of the British Labour Party) to celebrate their historic electoral victory in 1945 did not sing “The Internationale”, or “The Red Flag”, but William Blake’s “Jerusalem”. And the words of Blake’s great poem do, indeed, have more about them of Pope Punctilious II’s “restorative” politics than anything today’s “progressive” politicians would own up to:

Bring me my bow of burning gold:

Bring me my arrows of desire:

Bring me my chariot of fire.

I shall not cease from mental fight,

Nor shall my sword sleep in my hand

Till we have built Jerusalem

In England’s green and pleasant land.