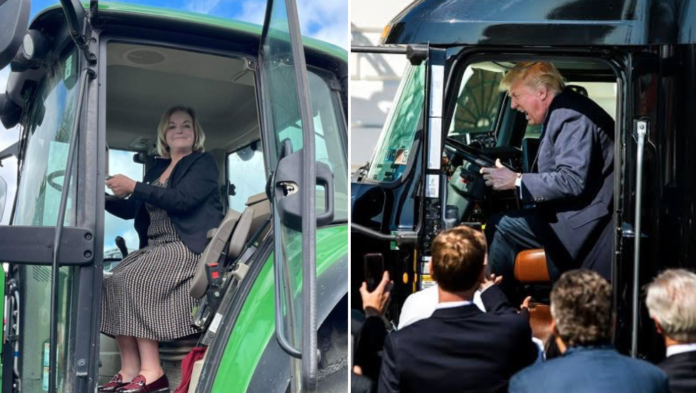 There was a lot less Groundswell than organizers had hoped for.

The anarchy of the Wellington swastika clad protest last week would have scared the bejesus out of conservative rural NZ.

Not wanting to associate with that madness has popped the momentum Groundswell had generated.

There are of course political winners and losers.

Extinction Rebellion – They turned up to counter protest and reminded the Rural community that if you want to have an argument about the climate, we will turn up in force.

Taxpayers’ Union – their role in astroturfing the Groundswell movement to sell their anti 3 waters campaign is so obvious you can see the shade of green is almost translucent. When you live with wealth, authenticity of pain is always fake. Their role looks obvious and self serving. They keep trying to light low hanging racist kindling while promising to not let that inferno burn out of control. They are like an arsonist begging for corporations to fund their fireworks display.

At some point that arsonist is going to buy dynamite.

Farmers – They were conned by Key and bullied by the banks into taking on enormous debt to dairy intensify and now feel ganged up on by a new generation of environmental criticism that frightens them. Have had that fear manipulated by racists and antiVaxxers.

The once solid political muscle of the Corporate farming lobby has been over extended during the gold rush years of Key’s pump and dump short term trader term and no longer has the ability to protect their members from long over due environmental protections.

The wave of farmer protests in New Zealand may seem to be premised on a series of slightly incoherent policy claims, but they are grounded in a rock-solid sense of cultural grievance and nostalgia. What is evident in these protests are the last sighs from what used to be the most powerful and unified cultural and political force in New Zealand history.

Farmer power in the mid-20th Century was premised upon huge levels of economic power, in a formal political system that rewarded rural voters and sent a procession of farmer politicians to Wellington, and also in the indirect influence of a range of farming-related institutions, businesses and organisations that gave pastoral farming men a huge level of informal access to the corridors of power.

The remarkable level of power enacted by this tight little world is evidenced by the fact it was attained and maintained seemingly without effort. For many of the older farmers driving tractors in contemporary protests, this is the echo they hear: a world that existed in the middle decades of the 20th Century when their kind of New Zealander effortlessly managed the political life of the nation. The interests and needs of farmers would always be met, and any change would be driven from actors inside, not outside, their world.

Then the deregulatory fervour of Rogernomics in the 1980s dismantled or privatised the entire range of quasi-government organisations and producer boards that had provided so much indirect power and access to Wellington for pastoral farmers.

In their place a range of private corporations and businesses – from exporters to universities – became increasingly reoriented to take their lead from markets, clients and consumers rather than farmer stakeholders and suppliers.

A third calamity that began to really bring this decline into sharp focus came with the shift away from FPP to MMP. From 1996 onwards, the pathway to power for the National Party ceased to be via a series of marginal rural electorates, and swung towards a string of vote-rich suburbs in Auckland.

In effect, between 1973 and 1996, the once all-powerful farming world had experienced a significant decline in both its formal and its informal mechanisms for influencing and controlling whatever happened to farming in New Zealand. It would take a couple of decades, however, before the extent of that loss would start to become fully apparent.

This all took place at the same time that the wider world was dramatically changing, with changing market sentiments towards greener products, escalating environmental and animal welfare concerns, the climate crisis, and an increasing bifurcation of pastoral export chains between those who produce volumes and those who produce values.

All of these contributed to a diverging of political interests among pastoral farming groups. This is not to say that farming has entirely lost its political power. Far from it. But it is reforming and regrouping in a number of diverse ways that are less familiar to its older and more nostalgic constituents. The still influential remnant of the old corridor-alliances and world of lobbying and negotiating behind the scenes in Wellington lives on.

The truth is water quality now impacts everyone and the pollution of that water from dairy intensification won’t be tolerated.

The truth is climate change is real and we can’t allow cows to keep contributing to that.

The truth is Farmers are selling productive land to the Americans and Chinese and we must stop this for our own national interest.

It is no surprise that within the nostalgic remnant, a more extremist style of politics is taking hold. In the face of declining relevance and prestige, why not take your lead from US-derived social media telling you to hunker down on your farm, defend your property and gun rights, resist taxes, deny climate change, feel ‘racial pride’, and blame your woes on ‘urban liberals’ and ‘pretty communists’?

Luckily it’s only a small fringe who are going there, but the Groundswell protests are regrettably giving oxygen to exactly the wrong kind of farm politics if pastoral farming is going to thrive in the 21st Century.

…The truth is that large scale corporate Dairy is a sunset industry with synthetic milk and meat likely to produce far cheaper and less environmentally damaging food, (plus an end of cruelty to the animals themselves)…

We need to create a sinking cap on the number of cows with a view to reducing any of the benefits Dairy have used to prop up their sunset industry and divert that resource into new industries, new technology and new research and development.

We need to support our farmers by offsetting costs to de-intensify our dairy into native forests, agricultural, hemp and cannabis crop and move away from anything other than sustainable organic dairy.

Dairy farmers were entrapped by banks into taking on enormous debt and we allow Fontera as a Monopoly to exist despite them screwing us on the price!

We need a new kind of farmer and we need to urgently resource them! 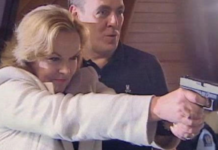 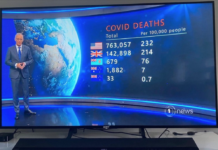 So Jacinda saved us from Delta – when will we thank her & apologise? 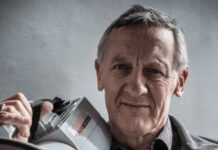