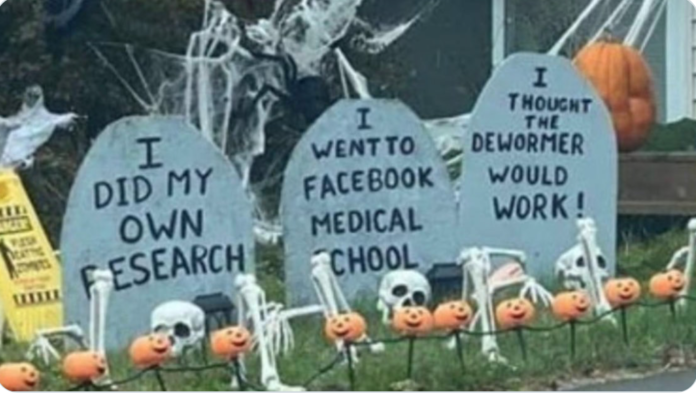 No one knows what the fuck Level 3 step 2 means, but it was the first hint that Labour’s strategy is working.

There is only 1 winner and many losers.

Jacinda & Labour – The political challenge for Labour over Covid was always going to be transitioning from eradication to containment.

It was always going to be very hard for the virtuous and the holy amongst the Left who had draped themselves in the medals of their self sacrifice to accept any fatality.

Indeed the most enlightened amongst the Left, the woke, deemed any death of a Maori as a ‘modern genocide’.

When Jacinda broke from the Holy Church of virus modelers and included compliance, mental health and the economy in her considerations, Wellington Twitterati General Neale Jones bellowed it amounted to a rambling surrender note…

…unfortunately for the woke and Jacinda’s many detractors on the Right at the ZB Troll farm, the low hospitalization rate and mortality rate we are seeing because of our high vaccination rates suggests that once we pass the peak in December, NZ could be through our Delta outbreak and return to some semblance of normalcy without massive loss of life or illness.

If this is what happens, if Jacinda has charted her own course and gotten us through this, the voting public will gratefully re-elect her.

National & ACT – All they have had for 18months is the hope Covid breaks out or Jacinda gets stuck in an impossible stagnation of lockdown. If she steers us through this, National & ACT have nothing to use as political leverage any longer. By having no credible rebuild plan, they are left politically irrelevant.

Maori Party – The Maori Party described Labour’s policy as ‘modern genocide’ and that it was designed to be a ‘Squid Game’ murder Disneyland. Those screaming Jacinda’s plan amounts to a modern genocide of Maori best be hoping there is a vast tsunami of death coming – I mean, Labour’s ‘genocide’ hasn’t reached triple figures yet, that seems a very, very, very small genocide

AntiVaxxers – About to get very very very sick. The wider community will not give a fuck about their feelings and they will feel persecuted.

Death Cult Capitalists – They demanded Jacinda reopen and allow Covid to kill for the free market, Labour have shown them that public health trumps private wealth and that new re-evaluation of the State’s obligations  will overshadow every public policy position from now on.

Aucklanders – We have no idea what the fuck Level 3 step 2 means. All we want to know is when the fuck we can get out of house arrest!

ZB Troll farm – Where will their spite and vitriol have gotten them if Jacinda manages to get us through this? They will sound even more out of touch.

I think Jacinda has done an incredible job navigating us through this nightmare and the lack of gratitude and hate and crazy conspiracy madness vomited on her is an indictment on us as a fractured social media crazed culture of resentment, not on her.

But sure let’s shit on Jacinda’s response!

If Jacinda liberates NZ from our economic straightjacket while avoiding a mass public health emergency, voters will gleefully and gratefully vote her back in.