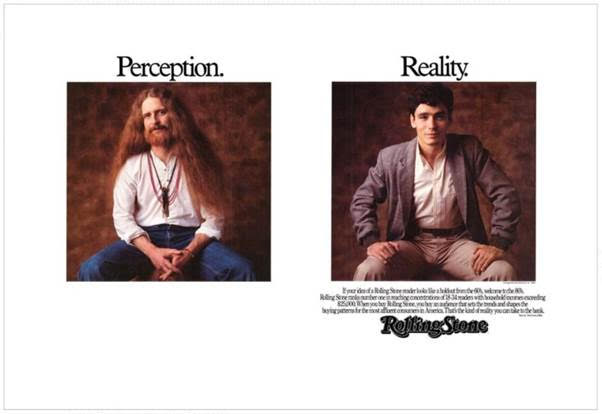 “NEVER LET A GOOD CRISIS go to waste” has become something of a cliché in contemporary political writing. The thing about clichés, however, is that they become clichés by describing real situations succinctly and effectively. The current Covid-19 crisis, for example, has aroused the ire of those who reject the idea that enjoying the benefits of human society incurs a reciprocal obligation to preserve its wellbeing. Often associated with the Left, this rights-based, libertarian impulse actually sits more comfortably with the Right. Certainly, the Far Right has shamelessly exploited the Covid-19 crisis to pull a depressingly large number of confused libertarian leftists down goodness knows how many phantasmagorical rabbit-holes.

To clarify this proposition, it helps to recall the curious phenomenon conjured-up by the word “hippy”. Conservatives loathed and detested “hippies” on account of their rejection of the buttoned-down world of the early-1960s. The era which the makers of the television series “Mad Men” evoked so powerfully. With their long-hair, beads, headbands, free-love, drugs, crash-pads and communes, the radically non-conformist hippies appeared to be rejecting the American Dream in toto. But were they really the counter-cultural revolutionaries the mainstream news media proclaimed?

Consider the classic hippy formula, “Turn on. Tune in. Drop out” – attributed to the guru of LSD, Dr Timothy Leary.

Rejectionist though it most certainly was, Leary’s formula was utterly inadequate to the challenge of building something enduring to replace the “rat-race” that was capitalist America. Like the Romantic Movement of the early nineteenth century, from which the hippies drew so much inspiration, the Counter-Culture of the 1960s and 70s was a reaction to the transformational impact of the rapid technological change. Rationalism and science were in the driver’s seat, and there no longer seemed to be any social space for spontaneity, creativity, intuition – or fun.

But fun has its limits, and capitalism doesn’t. Dropping out, when it didn’t end in addiction and criminality (like Charles Manson’s murderous “Family”) almost always saw the hippies take one of two roads: either back into the rat-race, or, off into what Karl Marx would have called the petit-bourgeoisie. Small businesses selling “whole-foods”, pottery, furniture, or (if the small business was bad) a little home-grown weed, swallowed up the hippy “movement”, leaving only a peculiar social sub-set devoted to “doing their own thing”. Refugees from the dominant culture: suspicious of, if not downright hostile to, the demands of “Society” and “The Man”.

Old hippies could be relied upon to react antagonistically to the demands of collectivities of all kinds. Not only to the collectivism represented by the state and its institutions, but also the collectivism of the working-class. These small business people were no friends of the Tax Man, but they distrusted the trade unions more. The communities inhabited by ex-hippies were, first and foremost, collections of individuals. Places where “characters” could enjoy their “freedom from” the demands of society, living “close to nature” without interference.

Now, if this summary of the ageing hippy’s convictions strikes you as having a lot in common with the young libertarian capitalist in his high-rise apartment, then that may not be entirely accidental. At the root of both ideologies lies the deep-seated fear of being swallowed up by the inescapable expectations and obligations of social existence. That both thought-systems represent an infantile and potentially dangerous refusal to recognise the claims of other human-beings, in no way lessens their appeal. For such individuals, the attraction of negative liberty – the absence of constraint – has always been irresistible.

For the libertarian capitalist, the opportunities for evading social constraints are, understandably, considerable. (What else are lawyers and accountants for?) For the ageing hippy, the enjoyment of negative liberty often entails rejecting the claims of reason and science, along with the social and political expectations derived from them. It is but a small step from “leave me alone” to “you can’t tell me what to do”. In normal circumstances, these evasions of responsibility, while corrosive, are not critically so. In times of crisis, however, when both the problem and its solution are rooted in collective activity, any rejection of social obligation is fraught with danger.

The libertarian capitalist, pulling all the levers at his disposal to secure the freeing of the economy from Covid-19 restrictions, will make allies wherever he can. The ageing hippies, with their lifelong hostility towards the horrors of Big Science, and the dangerous concoctions of Big Pharma, fit the bill nicely. With their preference for living “close to nature”, the state’s public health demands for mask-wearing, social-distancing and mass vaccination are all-too-easily construed as evidence of the iron fist of tyrannical government they have spent their entire lives trying to escape.

Snugly ensconced in their on-line communities, where individual obsessions all-too-easily become comforting prejudices, these sad old hippies are easily recruited to the libertarian capitalists’ invaluable fifth column – the Anti-Vaxxers. Negative liberty, thus weaponised, is translated into the language of “rights” and “choice”.

That the true definition of humanity: creatures born with individual rights and social obligations; would be forgotten in this rabbit-warren of selfishness was as inevitable as it is tragic. 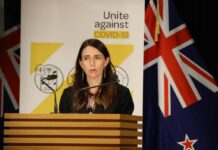 Will Vaccination Passports be the straw that breaks Labour’s back? 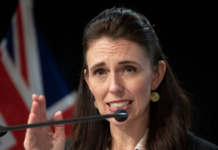 Does an exhausted Auckland even know what Jacinda is talking about any longer? 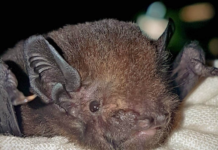 A Bat winning Bird of the Year sums up 2021 perfectly