The mother of a Māori girl in the care of Pākehā foster parents has appealed a judge’s ruling that would see the girl stay with them.

Last month Family Court Judge Peter Callinicos ruled the 6-year-old girl “Moana”, traumatised and neglected before being taken into care, could stay with the foster parents at their house in rural Hawke’s Bay.

Oranga Tamariki and the girl’s iwi wanted her removed from the home she had lived in for the part three years because they did not think the couple could meet her cultural needs.

In his 145-page decision, he dismissed Oranga Tamariki’s application to remove Moana from the foster parents, and he has appointed the foster father as guardian. He also appointed as guardian the woman who cares for Moana’s younger brother in Wellington.

The decision includes stark criticism of, its chief executive and numerous of its staff, though the judge said his intention was to traverse the facts that led to the situation and not to criticise.

…what most commentators don’t understand about this cruelty is that Oranga Tamariki must destroy Family Court Judge Peter Callinicos because this case is actually a test case of Oranga Tamariki’s critical race theory woke madness.

There are a dozen of these cases where OT has gone back to white step families who have had Maori children placed with them for years only to now tell them they are being uplifted again, that’s why this case was so important.

Let’s rewind for a moment here.

Once Labour took over, OT scrambled to hide the neoliberal funding mechanisms that drive OT.

Bill English’s ‘investment’ model argued that it was cheaper to uplift children from dysfunctional families rather than pay all the downstream costs of prison and the Justice system.

To streamline the process of bypassing parental legal rights and due process, OT had parental laws changed, weaponised their 0800 number and barred parents from accessing legal aid to fight these uplifts.

Researching Whānau for uplifts was also too resource consuming and didn’t fit the new model.

National perfected the art of waving dead brown babies in our faces while screaming ‘something must be done’, and no one checked what they did.

This neoliberal experiment in welfare fell quickly out of favour with Labour once Newsroom exposed what they were doing and insanely OT adopted critical race theory that declared no Maori child could be raised by White families, this sparked dozens of cases where Maori children who had been placed with white step families and told they were ‘forever homes’, were suddenly after years of living with those white step families yanked out of those homes despite the protests of psychologists.

Judge Peter Callinicos highlighted the deep corruption, lies and manipulations of OT as they sought to steal back Maori children despite that being worse for the child’s psychological development and well being!

That’s why it’s now a woke wash attack on the Judge and him supposedly ‘bullying’ lying and corrupt social workers.

Don’t get me wrong, we all agree at the point of uplift that Maori agencies should step in, but that’s not what’s happening here, these Maori children have been with white step families for years!

If the nation wasn’t so focused on Covid, the lunacy of this woke critical race theory would be politically damaging Labour every day. 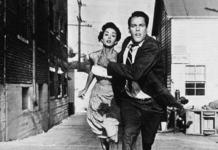 Invasion of the (Covid) Body Snatchers