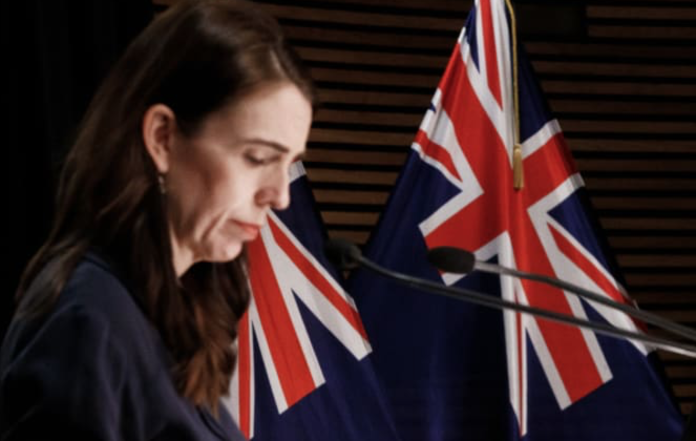 I fear that New Zealand Aotearoa is about to be tested in ways we haven’t experienced in living memory.

The country is on a precipice and I don’t think people appreciate how large a flock of black swans are circling.

Over Summer either a terrible unraveling is possible or a Kiwi combination of shrewd gambler dumb luck conspire to deliver us to a bumpy normal.

Here are the best case and worst case scenarios as I see them.

Economy
The OCR rate skips up again, possibly by as much as .5 as the Reserve Bank throws the only thing they have to stop real time inflation from exploding. The problem as I see it is the inflation is being caused by unique supply side constrictions, so the only tool left is the ‘bazooka’, which Adrian Orr used last time with a .75 cut. If he needs to get ahead of a sudden spike in the cost of basics because ports are jammed solid it would need to be one enormous hand break.

And if he has to pull that hand break, we best hope there are airbags for everyone.

This leads to a plunge in consumer confidence, enormous financial pressures and the necessity to re-enter level 4 forcing those elements of the economy built on hospitality, tourism & retail to shut as wave after wave of sickness and death trips the country back into a steep recession and brutal lockdown.

Covid
Delta leaks thanks to unclear rules and leaky borders and the contest becomes a race to vaccinate. With less than 600 ICU beds, we overload capacity at around 15 000 cases. Illness, the speed of the spread and a spike in deaths all combine to cause a shockwave through communities, suburbs and wider society. This shockwave of grief and sorrow hits all aspects of civil society, culture, economy, art and politics. The price becomes unconscionable in Maori, Pacifica, old and poor communities.

Crime
While Maori Gangs vaccinate and agree to stop dealing until vaccination rates are up, the 501s see this as an opportunity to dramatically expand their market share which causes and trips immense friction and rapidly escalating violence while National, ACT & the NZME Troll farm go to work playing to the community’s fear and selling Labour as soft on gangs.

At the same time, the psychological impact of lockdown starts erupting with domestic violence & extreme events.

Civil Unrest
As the economic stress of new level 4 lockdown restrictions bite alongside the grief shockwave alongside the explosion in crime, the State’s increasingly punitive approach egged on by extreme partisan social media culture wars breeds the perfect maelstrom of extremist civil unrest.

Foreign Affairs
China’s retaliation at AUKUS becomes economic as well as Sabre rattling. Our presence in the UK flotilla marks us as the mate of their enemy and heavy handed sanctions hit our export market when the economy is at its most vulnerable. Hardliners inside China argue 8 nuclear subs with hypersonic missiles tilts the Overton window where they can take Taiwan by military force and that it’s now or never.

Economy
NZs flexibility (gig economy insecurity) has allowed it to maintain well beyond what was expected or predicted. While mortgage rate rises dent some pockets, wealthy boomers still have enough disposable cash to splurge at the higher ends of town alongside wealthy overseas tourists hankering for a holiday destination a few steps back from the Apocalypse Now embracing many other countries. Unemployment remains low and hospitality, tourism and retail adapt to vaccine passports quickly enough to prevent many going under. Our exporters and importers manage to negotiate higher transport costs that bypass jammed ports without passing costs on in an already threadbare margin market without igniting an inflation flash bomb.

Covid
Most NZers adapt to the new reality, wear masks everywhere, social distance and get vaccinated. We get to 90% vaccination and experience dozens of deaths and a few thousand cases. We learn to live with the virus and Labour’s shrewd gamble that our sprint to get vaccinated pays off.

Crime
The newly reformed Police Intelligence Unit have taken the time to reorientate the focus onto the 501s and preventing them from importing weapons and South American Cartel meth. This results in well targeted sting operations once lockdown level 2 kicks in. This takes key agitators off the streets and removes those actively attempting to cause turf wars.

Extra resources into social services for counseling and mental health help start to process the trauma of the last 18months and the slight down tick of suicides this year heralds the fruit of Labour’s extra investment into mental health.

Civil Unrest
Police wisely give Brian Tamaki a wet slap on the wrist and don’t provide him the oxygen of martyrdom as a double vaxxed society moves on with their lives thanks to vaccine passports leaving the unvaxxed to gnash their teeth on Facebook echo chambers that become increasingly irrelevant. Protest dies off to just the fringe and people desperately rush to embrace a new bumpy normal.

Foreign Affairs
China’s internal economic decline and energy constraints dominate Beijing and military adventurism costs more than posturing so they play up the rhetoric while dealing economically. America has too much riding on a global economy that trades with China than to buy a fight and Taiwan doesn’t become a geopolitical flashpoint.

Like I said, lot of black swans circling and a need more than ever for a solidarity beyond politics to get through this if the worst case scenario plays out.

But then again, fuck it, our shrewd gambler dumb luck has saved us so many times before, let’s roll the dice!