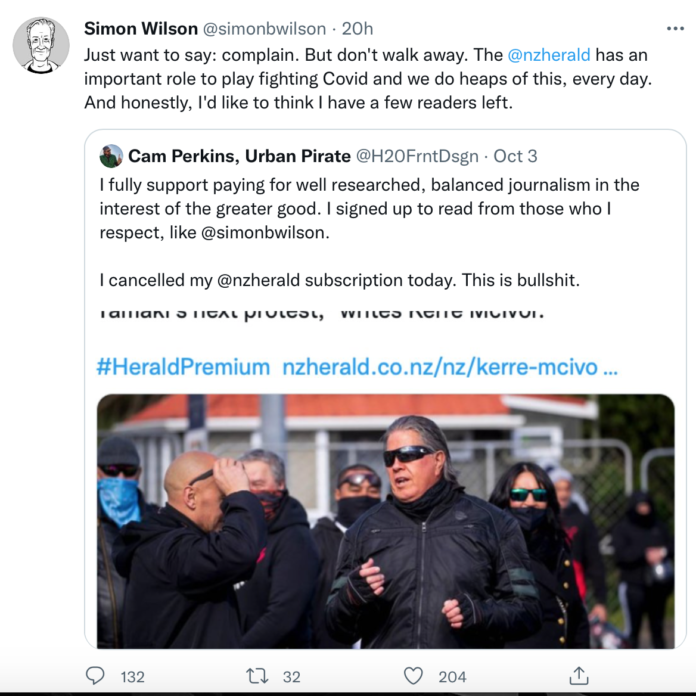 Over the weekend there was a rampage by the perpetually outraged that Kerre McIvor & Heather Du Plessis-Allan had opinions so egregious that the woke on Twitter had to make public virtue signals to cancel subscriptions.

Now let me be clear – I don’t have a Herald Subscription, as far as I’m concerned the Herald’s paywall is where opinion goes to die, The Daily Blog has a larger readership than the Herald Paywall but I still read their opinion pieces, not because I agree with them, but because I want to know what my opponent is thinking and two rich right wing mouthpieces like HDPA & McIvor speak for a NZ I don’t interact with much.

I fear the drive to cancel these two by those who can’t tolerate hearing an opinion they don’t like is terribly counterproductive and only solidifies the echo chambers causing so much polarization.

It’s the editorial privilege of the Herald to platform whom they want and while I’ll never agree with much of what the Right has to say, I’m confident in my own Left intellect to have the debate and not act triggered when I hear an opinion I don’t agree with.

Making a virtue signal of ending your herald subscription because you disagree with what two female Columnists have to say says more about your timid brittle triggers and need for a safe space than it does about the Herald.

If you want proof of the Herald’s journalistic worth, look at their incredible work on the Pandora Papers this week.

PS if you are going to support journalism, throw TDB some coin, we do all this with no money from NZ on Air or massive advertising.