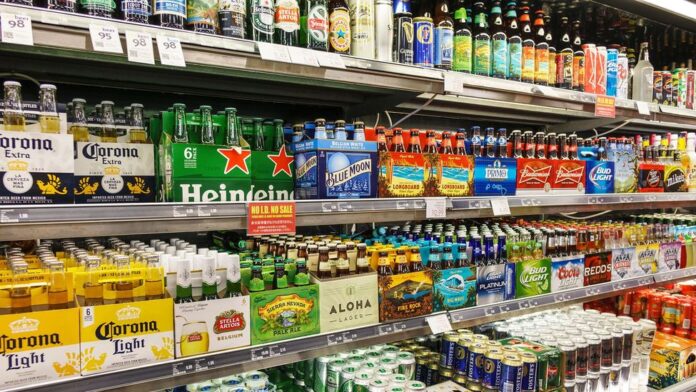 Last week the alcohol licensing regulatory authority ruled that the remaining five of Nekita Enterprises’ liquor stores had to close.  You remember them. They had been underpaying their staff for years and also seeking cash payments back from them.

This case should lead to further scrutiny of the current model driving liquor store expansion. For it is important to be aware that all across the country, there are now constant applications for new liquor stores.

In August, for example, an application for a new liquor store was declined in Riverton, a town of 1500 people in Southland. An existing liquor store owner from Invercargill applied to open a new liquor store there, even though there were already several other outlets.  It was the arguments of the community, especially a local GP, that led to that application being denied.

Just up the road at Winton, a town of about the same size, a current application by an existing liquor store owner for another shop is currently being considered. The new store is 60 metres from the existing Super Liquor and across the road from the supermarket.  There is another outlet up the road.

There used to be a dairy and a bank on every corner in small town NZ, but these have gone and their place is being taken by liquor stores.  The Winton premises is an ex-Westpac bank, while a new application in Christchurch is in premises vacated by SBS.

The picture is the same all over the country. Communities everywhere are fighting off continual attempts to expand.

So what is driving the push around the country for more and more liquor stores?  Especially because the research is clear that increasing the number of outlets increases alcohol harm, through the mechanisms of proximity and price competition.

Much of it is down to models of immigration over the past fifteen years. The tertiary education market allows foreign students to work for 20 hours per week while studying. For most international students, the primary goal of studying in New Zealand is to gain New Zealand residency.

So many of them come and study a low-level tertiary course leading to a diploma, meanwhile working in a liquor store for low wages (possibly even below the minimum wage) and working towards their manager’s licence.

The immigration industry is focused on ‘skilled labour’. An alcohol manager’s licence fits the bill – after all, you are a certificated manager, aren’t you?  They gain residency, work for a few years in the industry and then look around to start their own liquor store, often replicating the same pathways that brought them to New Zealand in the first place.

They are not to be blamed for this.  After all, this pathway is well within the law as currently operating in New Zealand. But the model requires continual expansion of outlets to meet the aspirations of this migrant group.  Most are from India and their options often appear limited to restaurant work, taxi driving or liquor stores.

I should note that there are plenty of highly able and literate Indian immigrants here who hold down senior and excellent quality positions. I am not talking about them. I am talking about a smallish but growing subgroup.

Because the reality is that they are not particularly skilled migrants. In one of the new applications I am involved with in Christchurch, the applicant wants to sell ‘ciggeretes’ as well as ‘alchol’.  In short, they are supposed to be skilled migrants but some are barely literate. They are only really suited for low-level ‘managerial’ work and liquor stores are probably the most potentially lucrative avenues open to them.

The other important aspect is that many of them aspire to own multiple liquor stores, like the Nekita empire, Liquormart and others.  I am currently involved with four or five new licence applications and all of them already own at least one liquor store.

They pore over maps across towns and cities to find ‘gaps’ in the network of stores, so they can ‘insert’ another liquor store. Any new subdivision is fair game.  We successfully defended an application in my local shops earlier this year, where there is so much alcohol harm and despite a lot of outlets in the area.

A whole new industry has grown up of ‘alcohol consultants’, whose job is to paper over the shortcomings of applicants and present a respectable plan for each new outlet. In one recent decision in Auckland, at Hunter’s Corner, the applicant’s lawyer painted a strong and pretty picture of how the professional new outlet would operate, which bore no resemblance at all to what the applicant had to say once she was questioned at the hearing. In declining the licence, the Committee stated:

The Committee was concerned that the details in the application, which were comprehensive, were not reflected in the oral evidence.  Overall, there was a distinct impression of the application being well-dressed, but not backed up by substance.  This was reflected in the lack of genuine understanding of the vulnerability of this community, and the repeated comments by the applicant, to the effect of, if people want to buy alcohol they will, and so it may as well be from her.

Without the enormous efforts of communities up and down the country, and the tireless work of pro bono lawyers, there would indeed be a liquor store on every corner, and empires would continue to be built.  One person – Dr Grant Hewison – has given of himself and his legal skills for years to prevent this happening. Both aspects of the law – the immigration incentives and licensing- need reform. In the meantime, some of us will continue to fight the onslaught, one application at a time.

NOTE: As I go to press on this, I notice a new story that health authorities are urging a review of alcohol laws, and that Kris Faafoi has confirmed a review is underway. At last!

If you would like to support this work in any way, or join our network, please contact the Communities Against Alcohol Harm network at contact@communitiesagainstalcoholharm.co.nz