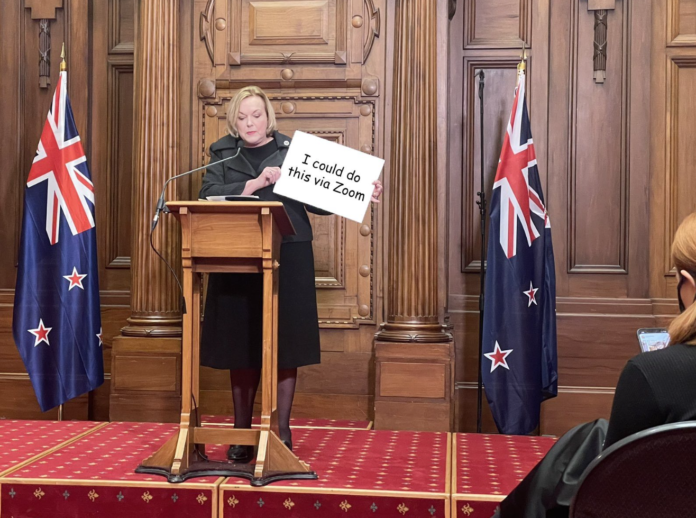 People want a cuddle and to be told how good they are by staying at home as if lockdown in a first world country was the greatest act of self sacrifice since the storming of the beaches at Gallipoli.

Jacinda and Grant provide that cuddle with a ‘stay kind and carry on’ mantra where as Judith leans in threateningly and warns that if you don’t buck the fuck up right now your pet will go missing.

The more voters see of Judith Collins, the more terrified they are of her. She makes Covid seem friendly.

In the middle of a crisis what did National MPs do as the polls tanked? They turned on their leader, appointed a nobody who couldn’t handle the jandle, and saw MP after MP self mutilate themselves.

National showed us who they were. A pack of cowards who would turn on their own leader just to save their jobs.

Who the fuck is going to vote due that?

Their small government mantra is not wanted during a national crisis when everyone is looking to the government for security.

The only way National win is if NZ loses by the virus getting back into the country.

National are now a bakery you have gotten multiple food poisoning from, you might vote for them but you’ll end up vomiting.

National has 99 problems and while Judith is at least 50 of them, that still leaves 49 problems.