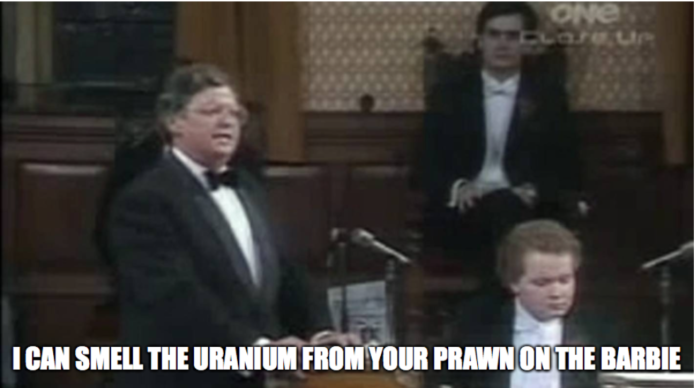 Fuck getting dragged into another American war, we just lost Afghanistan but I’m not fighting for China either!

Both are human rights abusing Empires fighting it out for top dog dominance in late stage capitalism with the biosphere on verge of collapse.

Now more than ever we must reconsider our loyalties and look to isolate our interests to defending our sustainability & helping our Pacific neighbours.

We need an independent foreign policy to navigate between America and China.

Currently we spend 1.1% of GDP on our entire military, to defend the full realm of NZ and pursue an independent foreign policy, I argue we need to push that up to 3%.

With the climate crisis looming, we need that debate now. Looks like we have 16 years.