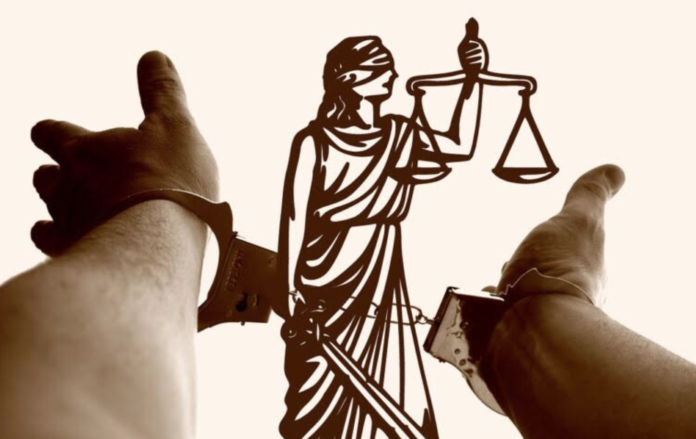 Lebanese Foreign Minister, Zeina Akar, has lodged an urgent complaint with the UN Security Council regarding Israel’s violations of its airspace. According to Lebanese al-Jadeed TV, at least two commercial passenger jets changed course after warnings of danger from control towers in Syria and Cyprus. The Minister said the overflights “violate Lebanese sovereignty, endanger the security of civil aviation and directly threaten the lives of civilian passengers, Lebanese and foreigners.” Israel’s violations of Lebanon’s airspace also terrified Lebanese citizens. She pointed out that Israel was violating UN Security Council Resolution 1701, unanimously-adopted in 2006. Sadly, the Zionist regime has never ceased violating Lebanese sovereignty, contrary not only to the Security Council Resolution but also to Article 2(4) of the UN Charter and countless other Security Council resolutions. Israel regularly invades Lebanese airspace, terrorising the population to avoid any chance of an encounter with the Russian air force which it knows will not violate Lebanese air space.

Imagine the huge news media headlines and deafening condemnation from Western political leaders had Lebanese war planes invaded Israeli airspace — or if Lebanese airspace had been violated by Russian aircraft! The US and its Western allies, aided and abetted by mainstream news media silence, guarantee Israel the freedom to violate international humanitarian law with impunity.

On 10 September, Israel’s Prime Minister Naftali Bennett accused Iran of “continuing to lie to the world and advance a programme to develop nuclear weapons, while denying its international commitments.” Israel and its allies vilify Iran with such accusations, in the hope that the world will ignore and eventually forget that it was Israel that introduced nuclear weapons to the Middle East.

On Sunday, 5 October 1986, the UK Sunday Times opened Israel’s nuclear weapons secret to the world, with its Insight Team publishing leaks. The headline read: “Revealed – the secrets of Israel’s nuclear arsenal/Atomic technician Mordechai Vanunu reveals secret weapons production.” Later that year, with total contempt for Italian law, the Mossad Israeli Intelligence agency seized Vanunu in Rome, drugged him and smuggled him back to Israel, where he was convicted in a trial, held behind closed doors. He was imprisoned, initially, for nearly 18 years. Since his release in 2004, Vanunu has been arrested and imprisoned several more times and, now longing to join his wife in Norway, is prevented from doing so under never-ending maliciously imposed restrictions.

This year, on 27 August, President Biden and Israeli Prime Minister, Naftali Bennett, had a meeting in the White House, at which the US reaffirmed its commitment never to press Israel to join the Nuclear Non-Proliferation Treaty. The strategic agreement never to openly discuss Israel’s nuclear weapons arsenal goes back to at least 1969, at a meeting between President Nixon and the then Israeli Prime Minister, Golda Meir. In 2010, the covert understanding with Israel prompted a statement by President Obama, saying: “We discussed issues that arose out of the nuclear non-proliferation conference” and confirmed that “there is no change in US policy when it comes to these issues.” Nuclear weapons of mass destruction are not defensive, their purpose is to assert dominance, with complete disregard for potential victims.

On 31 October 2016, a statement delivered by Gerard van Bohemen, then New Zealand’s Permanent Representative to the United Nations, declared:

“New Zealand has been a long-standing supporter of efforts to break the cycle of impunity for the most serious international crimes, regardless of where they occur. For this reason, New Zealand is and remains a strong supporter of the Court and the universality of the Rome Statute.”

Regarding UN sanctions he noted:

“In particular, we encourage greater co-operation, co-ordination and information-sharing with UN sanctions committees. Targeted sanctions are an important tool for addressing threats to international peace and security, including the commission of serious international crimes.”

Regarding the Rome Statute he stated further that the crimes specified:

“will not be tolerated and will not go unpunished. We believe this objective is common to all of us.”

Lebanon has repeatedly appealed to the UN regarding Israel’s violations of its airspace. Major General Stefano Del Col, Head of Mission and Force Commander of the United Nations Interim Force in Lebanon (UNIFIL), has also condemned the Israeli violations, stressing that such overflights undermine Lebanese sovereignty. He called on the IDF to stop undermining UNIFIL efforts to contain tensions and to build confidence among the local population. Israel’s violations of Lebanon’s sovereign airspace are war crimes. In spite of all appeals to the UN, nothing has made the slightest difference to Israel’s behaviour – not even the passing of Security Council Resolution 2334, sponsored by New Zealand.

In the New Zealand Herald Murray McCully responded to angry comments made by Israel and its supporters concerning Resolution 2334. He reminded readers that Israel’s settlements carve “ever more deeply into the land” and that critics had made “misleading and irresponsible claims” saying that the resolution “somehow predetermines negotiations between the parties, affects the rights of Israelis to access certain religious sites, or changes the legal status of the West Bank. None of those claims is correct.” The truth is, Israel’s transferring of its population into Palestinian and other territories to change their demographic character is criminal and violates the Fourth Geneva Convention.

Sign the call to investigate Israeli apartheid – 2 days to go

Israel and its allies are quick to impose sanctions when and where that suits their strategic aims but universally there appears to be different standards. Palestinian Civil Society groups intend to publicise a call from intellectuals and personalities from the West to a forthcoming United Nations General Assembly meeting, where calls will be made for the United Nations General Assembly to institute an investigation into Israeli apartheid practises against the Palestinian people. It is hoped that as many people as possible, worldwide, will sign the call by September 19. In January, this year, B’Tselem, Israel’s largest and most respected Human Rights organisation, released a report, describing Israel as “A regime of Jewish supremacy from the Jordan River to the Mediterranean Sea – This is apartheid.” This was followed, in April, by a 213-page report, published by the Nobel Peace Prize-winning Human Rights Watch, revealing Israel’s crimes of apartheid and persecution.

Based in The Hague, the ICC was set up in 2002 to bring to justice those responsible for the worst crimes – genocide, crimes against humanity and war crimes. It has the power to act where a state is “unable or unwilling genuinely” to do so itself. In February 2021, with regard to the ICC’s decision to recognise Palestine as a state with the right to seek redress from the court, the judges acknowledged that the Palestinian Authority joined the ICC in 2015 and deemed that sufficient under the Rome Statute. Israel’s opposition to recognition of the State of Palestine is groundless.

On 20 December 2019, some three years after Palestine had approached the court, ICC Prosecutor, Fatou Bensouda announced:

“following a thorough, independent and objective assessment of all reliable information available to my Office, the preliminary examination into the Situation in Palestine has concluded with the determination that all the statutory criteria under the Rome Statute for the opening of an investigation have been met.”

On 3 March this year, Bensouda confirmed “the initiation by the Office of the Prosecutor (”Office”) of the International Criminal Court (”ICC” or the ”Court”) of an investigation respecting the Situation in Palestine.” She said that this followed a painstaking preliminary examination that lasted close to five years. Bensouda stressed that the Office had undertaken regular and productive meetings with representatives of the Governments of Palestine and Israel, respectively. In her statement, the Prosecutor made clear that the ICC only sought to discharge the responsibility that the international community had entrusted to it, “which is to promote accountability for Rome Statute crimes, regardless of the perpetrator, in an effort to deter such crimes.”

Accountability and the ending of immunity are long overdue. Back to 2016 and our Representative‘s declaration to the UN: “It has long been a principle that rogue violators of international human rights law should be subject to UN sanctions. The Zionist regime continues mercilessly to practise its population-control on the people it has invaded.”

A further update on Israel’s Daily Toll on Palestine

So far, up to and including 12 September, Israeli Occupation forces have forced two more Palestinian families to destroy their own homes or otherwise be forced to pay an extortionate sum to the Israeli Occupation demolition squads, who would be sent in to do it. In Jerusalem, Israeli Occupation forces raided a school for young Muslim women in the Wadi al-Jouz neighbourhood and detained the school’s Director as well as an employee, for a time. Two of the teachers were ordered to report for interrogation at Israeli Military Intelligence and a number of computers and files related to educational and administrative work were seized.

Israeli Occupation police in Jerusalem opened fire on and killed a Palestinian doctor, Hazem Joulani, Director of The Ryan College of Complementary Medicine. Dr Joulani, a physical therapy specialist, was shot and critically wounded, near Bab al-Majlis, one of the main gates at Al-Aqsa Mosque. The Israeli police then denied access to Palestinian civilians, offering to provide him with first aid. A video taken by the photojournalist, Ibrahim Al-Singlawi, shows a policeman putting his knee on the back of the handcuffed, dying doctor, and leaning with both hands on a wall so as to increase pressure on Dr Joulani’s bleeding body. The Israeli Occupation police excused themselves by claiming that the doctor had threatened them with a knife.

In Gaza over the period there have been:

• Israeli forces conducting 124 raids on towns and villages, many of them at night (including two in UN refugee camps) and 47 of them entailing home invasions.

• 3 people shot dead in the West Bank by Israeli forces

The international call to investigate Israeli apartheid is supported by human rights supporters worldwide. When will we hear a demand from the New Zealand Government for sanctions against Israel?