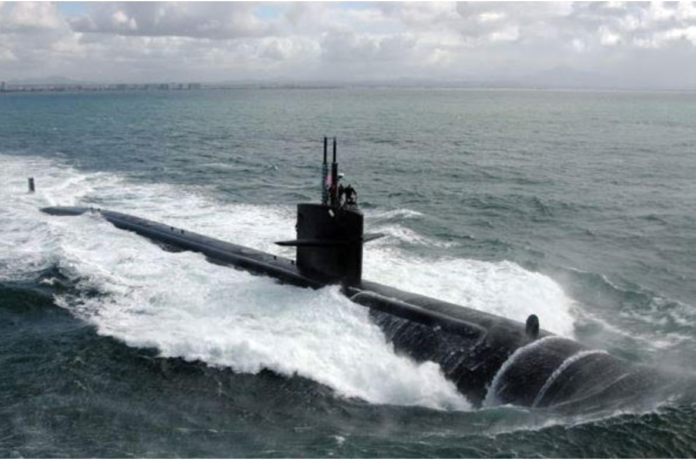 THANK GOD New Zealand is not a member of the new “AUKUS” alliance. Australia, the United Kingdom and the United States have joined forces in a military pact that has only one purpose: the intimidation and restraint of China. The price of admission to this latest demonstration of Anglo-Saxon hegemony is a willingness to “go nuclear”. Not a problem for the US and the UK, both of which have possessed nuclear weapons and nuclear-powered vessels for decades. It is, however, a very big, and potentially disastrous, step for Australia, which once boasted a nuclear-free movement every bit as noisy (remember Midnight Oil?) as New Zealand’s.

Indeed, had the Australian Prime Minister, Bob Hawke, not been a highly valued CIA asset of long-standing,  it is possible – even likely – that both Australia and New Zealand would have ended up declaring themselves “Nuclear Free”.

The consequences of such a double declaration would have been profound. Not to be outdone by these far-flung antipodeans, the Nordic countries may well have followed suit. In time, the whole of the Southern Hemisphere may have rejected the madness of “mutual and assured destruction”. Seeing Reds, the Americans would certainly have had several pink fits. Not enough, though, to prevent the world from taking a slightly different course.

An intriguing counterfactual history, to be sure. What actually happened, of course, is that the Americans, having failed to “secure” David Lange as they had secured Bob Hawke, were taken completely off guard when the New Zealand Labour Party followed the breadcrumbs of sanity out of the nuclear forest. Washington was mightily pissed-off, naturally, but hey – at least it wasn’t Australia!

Certainly, Australia has never wavered in its determination to be the United States “Deputy-Sheriff” in what is now called the “Indo-Pacific” region. Ever since Japanese bombers, in about the same time it took them to get their bomb-bays open, sank HMS Repulse and HMS Prince of Wales – and with them all the illusions of an overstretched British Empire – Canberra has tossed all its diplomatic and military chips into Washington’s pot. It does not intend to be caught out ever again as it was in December 1941. Henceforth, Australia would be right there in the room when the strategic decisions were being made – not 12,000 miles away. When your enemies are close, says Canberra, keep your friends closer.

The only alternative to taking up residence in Uncle Sam’s rectum, as far as the national security boffins and senior military brass were concerned, was for Australia to develop its own atomic bomb. Nuts? Maybe, but for a much longer period than one might have thought possible (1961-1973) the Australian right-wing governments of Robert Menzies and his successors were willing to give it a go.  That they never quite managed to build an Aussie bomb was due largely to the refusal of the Brits and the Yanks to supply them with the wherewithal to do so. Anglo-Saxon imperialism may have been pretty crazy, but it wasn’t that crazy!

Fifty years on, and how things have changed. Washington is now willing to lease a dozen or more Los-Angeles-class nuclear-powered submarines to the Australian Navy. Why? Because, almost certainly, the secret protocols of the AUKUS Pact make it clear that, along with the nuclear-powered attack submarines, Australia will be given access to the “technology” it has always craved. Finally, Canberra will have what it takes to wipe the smirks off the faces of the Generals of the Peoples Liberation Army. Very soon America’s Deputy-Sheriff will be packing nuclear pistols.

If all this sounds like one of those paranoid Aussie television series, then it only goes to show that if you want to tell the truth – write fiction. AUKUS is proof positive that the Anglo-Saxon world has lost its nerve. It is the twenty-first century equivalent of circling the wagons against the Native Americans. The US faces an array of enemies it is no longer certain it can beat – not without destroying itself at the same time. Equipping the Aussies with nuclear submarines (and other things) represents the moment in the Western movie when the grizzled old wagon-master reluctantly places a six-gun in the eager hands of a twelve-year-old. Ordinarily, he wouldn’t think of it, but there are “Injuns” out there, and the wagon train needs every gun it’s got.

The New Zealand Government, its Prime Minister and Minister of Foreign Affairs especially, will happily stay as far away from this lunacy as possible – and the country’s anti-nuclear legislation gives them the perfect excuse. Moreover, with its paltry team of five million and its disturbing unwillingness to beat the war drum as enthusiastically as its much larger and more co-operative neighbour, New Zealand is dispensable. For the moment, Washington is perfectly happy to have the Kiwis cooling their heels outside the room where the big strategic decisions are being made.

All of New Zealand’s recent history, however, suggests that not being in the room is a situation which the New Zealand Defence Force will deem intolerable. It is also highly likely that a significant number of senior bureaucrats at the Ministry of Foreign Affairs and Trade will be equally disturbed by our “no show” at the AUKUS party. They will be worried that Beijing, observing these developments from afar, will see a gap just large enough to accommodate a big, fat Chinese diplomatic lever. The “Deep State” (the military, key players in the state bureaucracy, and the national security apparatus) is unlikely to tolerate New Zealand being separated from its “traditional allies” for too long.

New Zealand’s prime minister, and her nuclear-free team of five million, should fasten their seat-belts: the next few months look set to give them all a very bumpy ride. As if fighting Covid-19 wasn’t enough, Jacinda should prepare for her very own anti-nuclear moment.