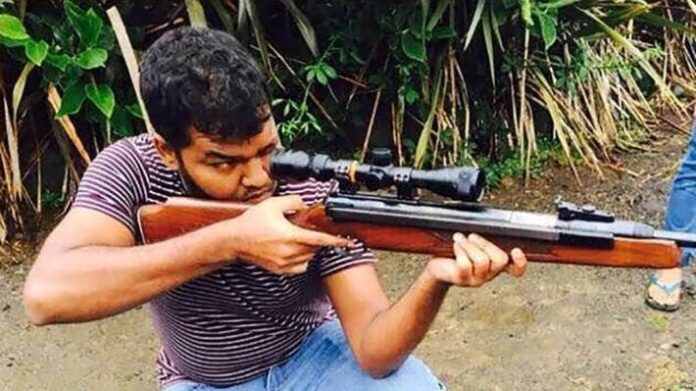 You could almost say I live by John Curran’s well-known quote: “The price of freedom is eternal vigilance.”  A large part of my life has been spent rebuffing and fighting attempts to intrude into our civil liberties, our “human rights.”

Very apt name, they attach to us for no other reason than we are human beings. In Aotearoa/New Zealand the most important human rights are set out,  “guaranteed”, in the Bill of Rights.

They have been hard fought for by our forebears, many of whom lost their lives and, certainly, much blood, sweat  and tears so we can enjoy them. Once lost they are usually not regained  without expenditure of immense effort, if not lives.

That vigilance is never more needed  when it comes to proposals to introduce  so-called “anti-terrorist”  legislation. Presently, the Counter-Terrorism Legislation Bill currently before Parliament with the Government saying it needs to be passed urgently,

The National Party led by Judith Collins are wholeheartedly in support. That in itself ought to signal the need for caution as they, and her during her disastrous reign as Minister of Justice, were at the forefront of incursions into and attacks on human rights. I’ve no doubt that if she thought she could have got away with it she would have repealed/amended large parts of the Bill of Rights.

The current impetus to act urgently on this legislation is   the so-called “terrorist” stabbings  at Countdown, LynnMall. There is an  old saying I love which is: “act in haste repent at leisure.”  For anyone not familiar with it,  it means if you make a hasty decision, you will have plenty of time to mull over your mistake later.

I am calling for an independent (of the security/law enforcement agencies) inquiry  into how those agencies tasked/paid to protect us handled Ahamed Samsudeem.

From what I know they have learned nothing from previous debacles.

We all need to be very worried about that because unless they do learn how to respond appropriately then real terrorists  (the likes of the Christchurch Mosque murderer) are free to go about their activities without fear of detection.

Ahamed Samsudeem was not a real “terrorist” (as most people  understand the meaning of that) at all. He was simply a deluded, mentally ill ISIS supporter. He could just as easily have been an ACT or National party backer!  ISIS will never have heard of him and wouldn’t want a bar of him.  He would present a serious threat to their security.

What was different about him from the nutcase who carried out the stabbings at the Dunedin Countdown stabbings just over three months ago (apart from being a Muslim/brown and having a foreign name)?  I do not think even Judith Collins considers him a “terrorist.”

So, the first thing our security/law enforcement agencies need to figure out is who is a real terrorist. Otherwise, the net of the already draconian anti-terrorist legislation will be spread too wide and catch up mainly non “terrorists” with attendant unnecessary breaches of and incursions into their human rights under the guise of them being a “terrorist.”

A couple of days after the tragic stabbings at LynnMall, I talked with a prisoner (H) at Paremoremo Maximum Security Prison.  Ahamed Samsudeem  was housed in the cell directly across from him after he was moved there from Mt Eden.

At this point his name was still suppressed. H said as soon as he heard news reports of the stabbings, he knew it had been him. During his time opposite him he had “acted crazy,” thrown urine and faeces out of his food hatch, constantly abused guards and other prisoners and made no secret that he intended to stab people at a supermarket when he got out. He had reportedly been acting in the same way at Mt Eden, ,and assaulted two prison guards.

He is lucky that he was never unlocked with any other prisoner because I’ve no doubt he would have been in no state to bow his nose let alone stab multiple people simply going about their shopping. Pare Max crims are not known for suffering fools lightly, and that is what they considered him an idiot and a fool! If you suggested to the likes of H  that Ahamed Samsudeem was a terrorist, they would have thought you as delusional as him! No way would a real “terrorist” act in the way he was.

We’ve  had the monumental cockups with Ahmed Zaoui  (who also ended up in Pare Max), Operation Eight,  the Christchurch Mosque murderer,  and now this one. This provides strong evidence that the agencies responsible  are not able to distinguish who is and is not a “terrorist”. A fundamental  precursor to dealing with them effectively.

The reason the existing anti-terrorist legislation was ineffective against Ahamed Samsudeem was because he was not one, so the evidence was not there. However, he was, mentally unbalanced and delusional admirer of ISIS. There was plenty of evidence of that and I believe he could have been detained as a mentally disordered person under the Mental Health (Compulsory Assessment and Treatment) Act 1992.

The seven people who were victimised by Samsudeem (and my heart goes out to them) were also victimised by the  State failing to recognise what he really was and deploy the appropriate legislation (of which there is already plenty) to deal with him.