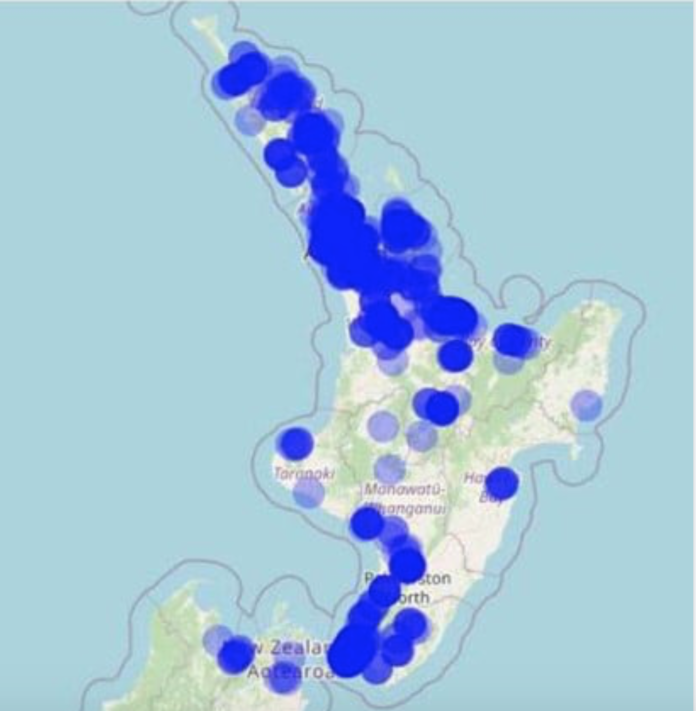 When the PM announced a Level 4 Lockdown last Tuesday night, families were given 48 hours to travel home, which left Auckland’s borders open for the critical first 24-hrs.
“In that 24-hrs, hundreds of Aucklanders fled north to their baches, and thousands more followed in their campervans and caravans”
“By midnight, the main highway into Whangarei was lit up for miles by Aucklanders fleeing their city”
Northland police told Tai Tokerau Border Control (TBC) they had it under control, when in fact they had set up no checkpoints at all.
Aalthough they later apologised, Northland police failed in their duty to protect the people of the north from Delta, the deadliest strain of Covid-19 ever to reach our shores.
“In one week, NZ went from 1 to 150 cases, zero to 15,000 contacts, and a flood of CLOSE contacts right across Northland from the Auckland exodus – the price for failing to slam the gate shut on Day One”
“The Māori population of Tai Tokerau is particularly vulnerable (see below), so we’re going to focus on working with whānau, hapū and iwi to help limit the spread of Delta.
“Delta is a threat to everyone” said Harawira “Everyone has a role to play in defending their communities from its threat, and we intend to play our part”
Tai Tokerau Māori live in some of the most under-invested and deprived communities in NZ. Housing standards are poor and state housing waiting lists are long. Poverty and unemployment are widespread, resulting in many of the social, whānau and individual harms reaching epidemic levels, such as drug and alcohol abuse, violence and suicide. A lack of access to resources, and an inequitable health system mean Māori suffer disproportionately from weakened immune systems, liver disease, cancer, kidney disease, heart disease and diabetes – the medical conditions that are natural breeding grounds for Covid-19 and its descendants, Delta and Delta Plus.
Hone Harawira is a Tai Tokerau Border Control Coordinator and the Leader of the MANA Movement