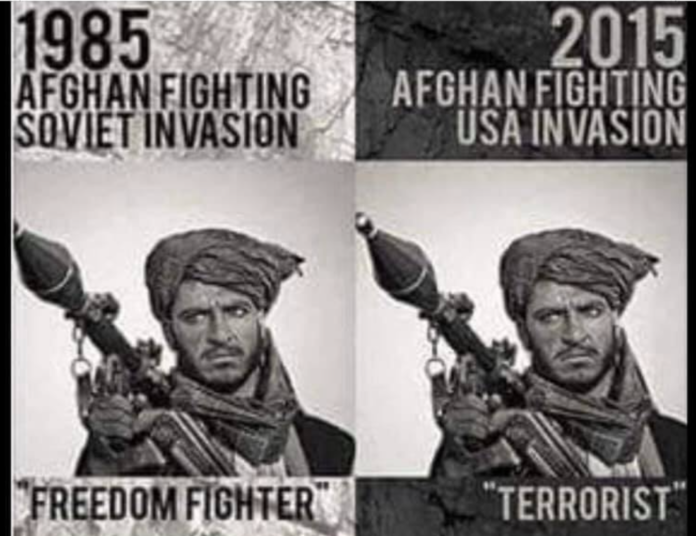 Writing this week in his TDB article, “The Failure of the West,” Chris Trotter asserted that, whatever else the ignominious US retreat from Afghanistan might mean for the country, after twenty years there, it constitutes an even greater catastrophe for its betrayal of Afghanistan’s women.

And, “Before the Western Left breaks out the champagne,” as if to imply being “Left” is synonymous with supporting the Taliban’s “medieval theocracy”, Chris went on to trot out the age-old Imperialist trope; “The Defence of Women” as being a prime motive behind the 2001 US invasion, on which it is now reneging.

Cautioning “the Western Left” to, “pause for a few moments to consider that, for Afghan women” the US withdrawal “….represents an historic betrayal and abandonment.” Trotter claimed that; “For 20 years, the emancipation of the women and girls of Afghanistan was held up to the world as the single greatest achievement of Western intervention,” and that “billions of dollars were spent to lift Afghan women from sexual abjection to full personhood and independence”

“And it worked,” Trotter wrote. “Women and girls were uplifted. They thrived in the classrooms, filled the lecture theatres, took charge in shops, offices and factories, as, like proud parents, the Western Occupiers looked on.”

Well, actually, no, it didn’t work!

At least, that is, not according to an April 2021 report in FAIR, Support the Tropes – FAIR an independent media watchdog that has been “challenging media bias since 1986.”

FAIR reports that, in reality, nearly 20 years of US occupation of Afghanistan has led to a situation where today zero percent of Afghans consider themselves to be “thriving” while 85% are “suffering,” according to a Gallup poll. And only one in three girls goes to school, let alone to university.

All of which, FAIR goes on, ignores the fact that the US supported the radical Islamist groups in their takeover of the country from the ousted Soviets, and so is directly responsible for the policies that crushed the hopes and dreams of Afghani women in the first place.

Pre-Taliban, half of university students were women, as were 40% of the country’s doctors, 70% of its teachers and 30% of its civil servants —reflecting the reforms of the Soviet-backed government, that the US dedicated massive resources to destroying.

Today, FAIR reports, in half of the country’s provinces, fewer than 20% of teachers are female (and in many, fewer than 10% are). Only 37% of adolescent girls can read (compared to 66% of boys). Meanwhile, being a female gynecologist is now considered “one of the most dangerous jobs in the world” (New Statesman, 9/24/14)

So much for a new golden age.

Far from being unique to Afghanistan, the “Defence of Women” trope was used by 19th century British propagandists as a pretext to justify Imperial conquest. In the name of rescuing Hindu women in India, and Muslim women in Egypt Britain justified its invasion of both countries.  And the US used it as part of its pretext to justify the Spanish American war!

And the tactic’s longevity is perhaps testament to its effectiveness. 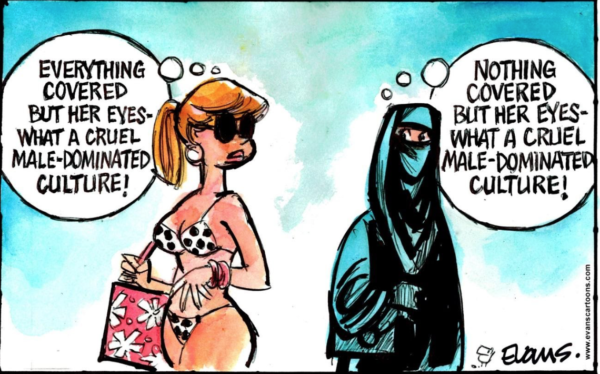 That said, if the US and its NATO allies had the slightest concern for the emancipation of Muslim women, it’s reasonable to suppose it might have had a word with its great Middle East ally, Saudi Arabia, whose Wahhabe brand of Islam is every bit as archaic as that practiced by the Taliban.

But, with a deadline looming, maybe Chris was just interviewing his word processor, or just taking the opportunity to show “his feminine side,” and we should cut him some slack.  Because if he had “paused to consider” as he asked “The Western Left” to do, in addition to Afghanistan’s women, he might have considered what the US capitulation means for the boys of that country.

The Dancing Boys of Afghanistan

Bacha bāzī is a slang term in Afghanistan for a custom involving child sexual abuse of young adolescent males or boys, by older men, and is widely practiced in Afghanistan.  The custom is connected to sexual slavery and child prostitution, which Afghani officials say they are unable to stop because many of the men involved are powerful and well-armed warlords. https://en.wikipedia.org/wiki/Bacha_bazi

And yes, dear reader, despite what our media might tell you, that’s also what our presence in Afghanistan has been supporting.

Under Taliban rule Bacha bazi carried the death penalty and will likely do so again. But during the course of the last 20 years, under the US installed Afghan government, the practice, though still illegal, was seldom policed, with the authorities themselves often complicit in the crime.

And when controversy erupted after allegations surfaced that US. government forces in Afghanistan deliberately ignored bacha bazi, the US command responded by claiming the abuse was the responsibility of the “local Afghan government”.

Well, if that’s the case, maybe Afghanistan should have been left to be responsible for the welfare of its women too.

The fact is we are putty in the hands of the propagandists, who, in the case of Muslim women, can swing from excusing Islam’s subjugation of women, as in a 30 page article on Saudi Arabia in National Geographic, to damning it in the name of US imperialism, in all US newspapers, without batting an eyelid.

Either way, when, in closing, Trotter reminds us that “The only lesson of history is that men never learn the lessons of history,” he should ponder that that includes commentators who continue to fall for the old “Defence of Women” trope.