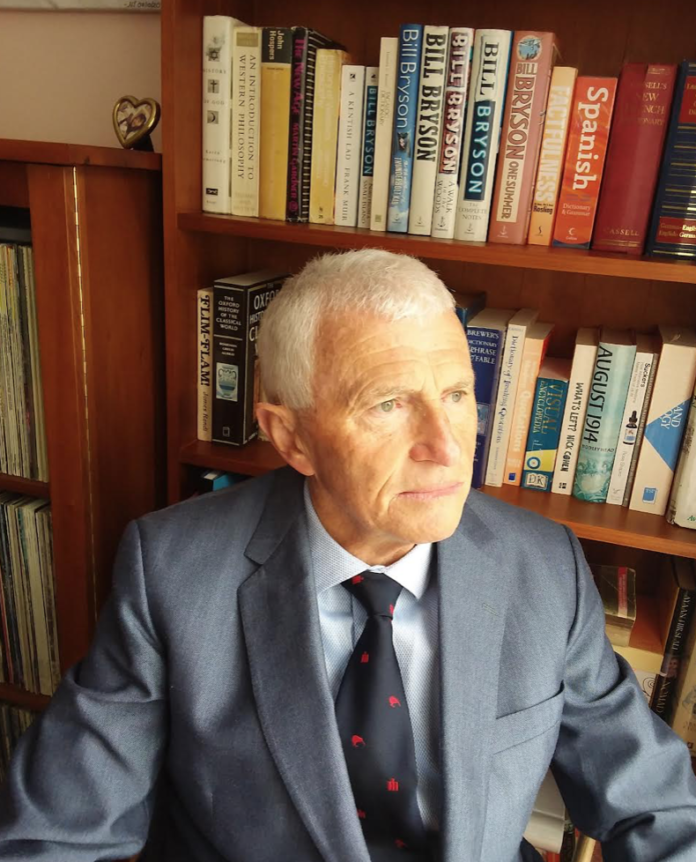 We’re so used to news stories about shortcomings and policies in health, education or housing, that we’ve all become expert enough to have an opinion. However, most of us know little about the workaday functioning of the law of criminal proof, because we don’t think it will ever affect us.

Yet it can – suddenly and devastatingly – and we’d all do well to take more interest. The need has never been more pressing, with the proposed changes to the prosecution of sexual crimes now before Parliament in the Sexual Violence Bill. The presumption of innocence has in effect already been reduced to a trite slogan in sexual cases, and if this bill passes, it’s going to get worse for the innocent men accused. And I speak from the terrifying experience of having been an innocent man accused. I did not end up in jail, but I easily could have, like an unknown number of innocent men.

Eight years on from my false allegation ordeal, I’m still unsure what motivated “Verity”, my accuser. Then almost forty, she alleged that her father had raped her repeatedly in her childhood and had recruited his ‘friends’, including me, to do the same. As she and I had never met, I suspect a combination of mental instability and financial ‘need’ drove her to create the allegations. She had consulted a counsellor, and ACC would have paid for her counselling sessions if the “expert” determined that “repressed sexual abuse” was the cause of her disaffection with life.

The publicity over the introduction of large lump-sum payments for “sensitive claims” early this century might well have been a motivation as well. While that temptation may have resulted ultimately in disappointment for Verity (since the small print only covers acts allegedly committed from April 2002 onward), the total in pay-outs today is enormous, last year nudging 200 million dollars.

Though Verity had made a complaint to the police, ACC are generous enough not to require conviction (or even prosecution), only an “expert” diagnosis that the complainant’s emotional or social impairment is down to sexual abuse.

After a harrowing seven-month wait, I and the other co-accused thankfully weren’t charged. To warn others, I decided to publicise my experience. While actual sexual assault survivors attract widespread admiration for their courage in abandoning anonymity and speaking out, who – apart from me, of course – would be reckless enough to admit they were accused of raping children? The “clinging mud” of the experience alone encourages the majority of false allegation victims to hide in silence.

Wrongful sexual accusations are common, but they attract little attention for reasons which I explore on my website, Blackstone’s Drum. They include, first that even provably dishonest complainants are almost never prosecuted out of “public interest”. Secondly, files such as mine are not classified as false allegations but left as “open” sexual complaints – that then with miserable irony are treated as ‘true’ statistically, actually swelling the disingenuously misnamed “data” in the ‘unresolved-offence-to-conviction-ratio’ relied upon by the Bill’s promoters.

The only people without reason to be petrified by a sudden sexual accusation are those with misguided faith in the police and justice system who are too naïve to understand the genuine terror that lies in store. Those ugly surprises will

metastasise if the pending legislation passes, as there will be many more innocent men accused.

The Bill’s unstated assumption is that all sexual suspects are guilty and it aims to reap more convictions, especially by excluding evidence of a defendant’s prior consensual relationship with the complainant and by destroying the right to silence. That destruction will be effected by requiring defence lawyers to cross-examine complainants in advance of trial (usually months before), giving the prosecution a dry-run and thereby usefully exposing the less believable parts of the prosecution case, which could then be rescued through artful tailoring later at trial.

Such legislation implies that no one would ever make a wrongful sexual accusation. Yet the question, “Why wouldn’t she be telling the truth?” shouldn’t be rhetorical: wrongful sexual accusations occur for a host of reasons, including mental instability, expediency, guilt, jealousy, shame, greed, malice and a craving for attention or sympathy – even for a warped kind of love.

Any nation is its laws. A government should reform some as values evolve, but must not tamper with established legal protections in order to bring changes demanded by a partisan narrative. The pending legislation on sexual crime is being pushed by extremists who brush aside the effects of false allegations. Is it that they naively accept the lie that such allegations are rare, or are innocent husbands, sons, fathers and brothers – convicted solely on the uncorroborated testimony of their accusers – just acceptable collateral damage?

Peter Joyce is a retired teacher. He edits the website blackstonesdrum.com and his book Dry Ice details his experiences in facing the allegation against him.