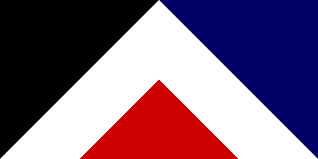 It was the flag design that Twitter jumped all over and demanded be included in the final flag referendum.

It was immediately dumped in the first round.

It was a reminder that Twitter is not the electorate.

Labour & Green MPs seem to think 500 retweets is success – NO! Because Twitter is soooooo Uber Woke, if it’s popular on Twitter, it will be hated by the middle.

Militant woke cyclists scorched anyone online who challenged their stupid bike bridge, turns out it was hated by everyone else!

The latest Newshub-Reid Research Poll asked: Do you think the Government should spend $785 million on a cycle bridge?

A resounding 81.7 percent said no, while just 11.9 percent said yes. That goes for Labour voters too – 75.5 percent are opposed.

So the only people who loved the Bike Bridge were all on Twitter- with 81% of the rest of the country against it!

This really needs to be another reminder to MPs that Twitter is not the electorate!

Think about the actual dynamics of this cycle bridge.

Commuters on the Harbor Bridge for the next 5 years watching this billion dollar glorified cycle lane grow ever slowly while they are stuck in traffic.

People will start yelling at the bridge as they drive by it. Aucklanders throwing garbage at it as they drive past will become as ubiquitous as Wellingtonians honking their horn through the tunnel.

This will drag on and on and on.

It will become the new monument to Phil Goff’s dreaded ‘progress’ where infrastructure dooms viable use of public space for years and we all have to pretend it’s great.

Don’t get me wrong, as a Gold Star Public Transport User who has never driven a car, I support any infrastructure that pisses off car drivers.

One of the true joys in Auckland is doing the fingers to cars stuck in traffic as you whizz past them in the bus lane.

All that said, announcing a billion dollar bike bridge because militant middle class pakeha cyclists demand it is going go down like a cup of cold sick with voters who live in places where basic roading is the issue and not peddle powered self actualisation.

Grant will dump this stupid idea before the end of the year.