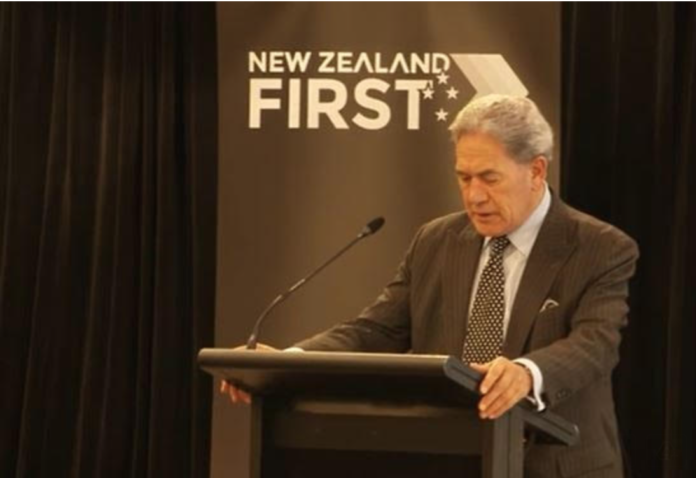 With the help of a largely dismissive media, concerns raised in April by David Seymour and then by Judith Collins over the revolutionary report He Puapua were soon damped down. But now Winston Peters has entered the fray — and it became clear this week that he has a very personal interest in how it has been handled.

Peters alleges the report — which charts a path to co-governance between the Crown and Māori by 2040 — was kept from him deliberately despite NZ First and Labour being in a coalition government at the time.

“In 2019 a report called He Puapua came to government but was never shown to one NZ First Cabinet minister,” Peters said. “This report was deliberately suppressed. It was a gesture of ingratitude and bad faith.”

His rancour is easy to understand. The 2017 coalition agreement between the two parties stated: “The Labour and New Zealand First parties will work together in coalition government in good faith and with no surprises, reflecting appropriate notice and consultation in important matters, including the ongoing development of policy.”

The report was commissioned by Cabinet in March 2019 and delivered to Nanaia Mahuta, the Minister for Maori Development, that November. A highly redacted version was released to the public in October 2020 — nearly a full year after Mahuta first received it. Significantly, its release came after the general election when Peters couldn’t use it to his advantage.

It strains credulity to be asked to believe that Mahuta — who was hardly a top-ranked member of Cabinet — could have decided to keep the report secret all that time without explicit authorisation from Ardern, Grant Robertson and senior Maori ministers such as Labour’s deputy leader, Kelvin Davis.

As Peters put it on Newstalk ZB: “There’s no explanation for it. You’ve got one side of the Cabinet, which happens to be one party [in the know, while] the other party doesn’t know. I’m waiting around for someone to explain to me how is that good faith.”

Unlike her earlier clear assertions that He Puapua had been kept from the public lest it be “misconstrued as government policy” and that it had never been presented to Cabinet, Ardern was extremely vague this week on the question of whether it had been withheld from her then Deputy Prime Minister.

Asked on Monday whether Peters was correct to say the report had been “deliberately suppressed”, Ardern replied: ”That is certainly not my recollection because I usually will recall those papers where they’ve come through and for any given reason they’ve been unable to progress. That’s not my recollection for that paper at all.”

The Prime Minister’s evasive answer leaves her plenty of wriggle room should Peters already have damning evidence to show the report was deliberately kept from him. Ardern was no doubt choosing her words very carefully because she is fully aware of Peters’ ability — honed over a political career spanning more than 40 years — to set a trap.

Willie Jackson, the current Minister for Māori Development, isn’t exactly helping. He said Labour had not deliberately withheld the report from Peters, but that his predecessor, Nanaia Mahuta, had put the report aside because of Covid-19.

Yet, Mahuta had the report in hand on November 1, 2019, and Covid didn’t become a consuming issue for the government for several months.

This week, Mahuta claimed there was nothing “deceitful” about how she had handled the report, but when she did finally accede last October to multiple requests for its publication only 34 of its full 123 pages were released.

Ardern and her ministers may have had good reason to believe they could ride out attacks by David Seymour and Judith Collins over He Puapua — not least because they understood that the inevitable allegations of racism directed at both politicians would be relentless and corrosive.

Indeed in mid-May, after Māori Party co-leader Rawiri Waititi had objected in Parliament to what he called “racist” rhetoric by the National Party over its claims of Māori separatism, Collins was assailed by a gaggle of journalists outside the chamber clamouring to know whether she was racist.

The same tactics don’t work on Peters; in fact, he thrives on such insults. In the speech he delivered to the NZ First AGM last Sunday that marked his re-entry into politics, he went out of his way to mock Waititi for claiming the neck-tie worn in Parliament was a symbol of a “colonial noose” while happily ignoring the “cowboy hat” he habitually wears.

The message was clear: If Waititi and the Māori Party want a fight, bring it on.

…NZ First lost the last election because Winston zigged when he should have zagged.

Rather than say ‘NZ First has supported Labour for 3 years and in this Covid crisis, I will stand shoulder to shoulder with Jacinda and support her in rebuilding our nation’, he said, ‘I did all I could to stop Jacinda doing stuff’.

Why the Christ you would put yourself in opposition to the most popular leader in the middle of a national crisis is utterly beyond me, but he did and he lost.

I had felt very confident of Labour + Green winning the 2023 election, but the growing list of policy delivery failures in housing, mental health and infrastructure alongside knee jerks like the bike bridge alongside alienating cancel culture hate speech madness opens the door to National + ACT + NZ First = 51%.

I think the woke cancel culture backlash is going to erupt over the hate speech fiasco and Winston will exploit He Paupau fears with an expertise that will see NZ First returned.

The only thing that could prevent a change of Government would be the mutual hatred between David Seymour and Winston.