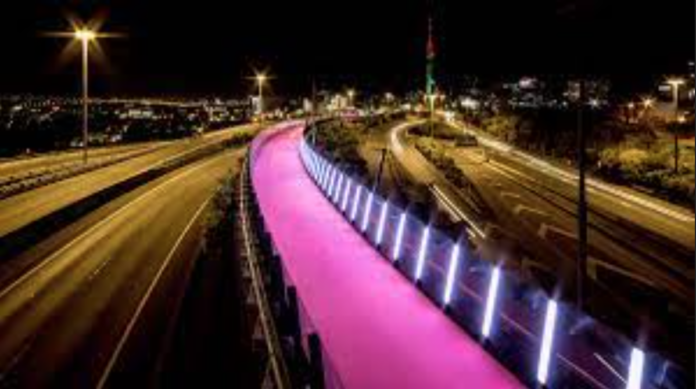 You want the NZ Government to listen to you?

Get a bunch of white middle class cyclists to protest!

A new bridge costing $685 million is to be built for walkers and cyclists crossing Auckland’s Waitematā Harbour.

The government hopes construction can begin mid-2022, in a plan unveiled just five days after cycling lobbyists broke through a police barrier and rode over the existing Harbour Bridge, demanding action.

Also, just think about the actual dynamics of this. Commuters on the Harbor Bridge for the next 5 years watching this billion dollar glorified cycle lane grow ever slowly while they are stuck in traffic.

People will start yelling at the bridge as they drive by it.

Let me be clear when I state I don’t have a dog in this fight.

I don’t drive a car, never have, never will. I’m a long suffering urban shmuck in that I do what I’m supposed to do – I don’t own a car, I walk, use public transport and ride-share.

I’m a Gold Star pedestrian and I can’t stand car drivers OR cyclists!

I think there are two kinds of driver. Those sexually aroused by driving (which seems like almost every male) and those held hostage to it by decades of poor urban planning and pitiful investment in public transport infrastructure.

Both types are climate crisis pollution creating vandals and both types seem to loath cyclists with homicidal glee.

The amount of times I’ve been a passenger in a car and the driver immediately blurts out some Tourettes like hatred towards a cyclist as we pass is always surprising as a nondriver, like you are taken aback by just how resentful the most mild mannered driver is the moment they see a cyclist. It’s like a dog after a cat or a Twitter mob cancelling Friends for being too white and privileged. It’s instinctual while being self-righteously superior for no real reason.

My interaction with drivers as a pedestrian is a completely different experience from my philosophical disgust at their global warming pollution production.

I always make eye contact with the driver when crossing the road and always make a smiling acknowledgment that they’ve seen me and won’t run me over. I always receive cheerful smiles and the right of way.

My experience with cyclists is far more antagonistic despite my completely agreeing with their call to reengineer the city into a dour cycling utopia.

I’ve been kicked, pushed, yelled at as angry cyclists speed past me on the footpath. I think cyclists are so angered by the abuse they get from drivers that they take it out on pedestrians. The way the Israeli Army does with Palestinians.

Let me remind the cyclists – as pedestrians – we can’t hear you when you approach us from behind!

I’d be a cyclist if they weren’t such smug condescending wankers.

Auckland City Councilor Efeso Collins has already questioned the way police allowed middle class militant cyclists over the bridge while working class South Aucklanders get a very different kind of policing. This free the bridge hashtag thing was and is middle class activism at its most eye rolling.

It’s like rioting for a greater range of trans friendly pre-school daycare centers.

This revolution comes with a variety of soft cheeses.

The weirdest thing about this billion dollar bike bridge is that even after winning it – the cyclists are still angry and militant on twitter!

Cyclists are like feminists, farmers, and Alison Mau, in that they are never happy.

They not only want the bridge they want to be told how brave and courageous they are for cycling as well.

Can we please pretend housing and poverty are middle class cycle lanes so the Government does something about them too?