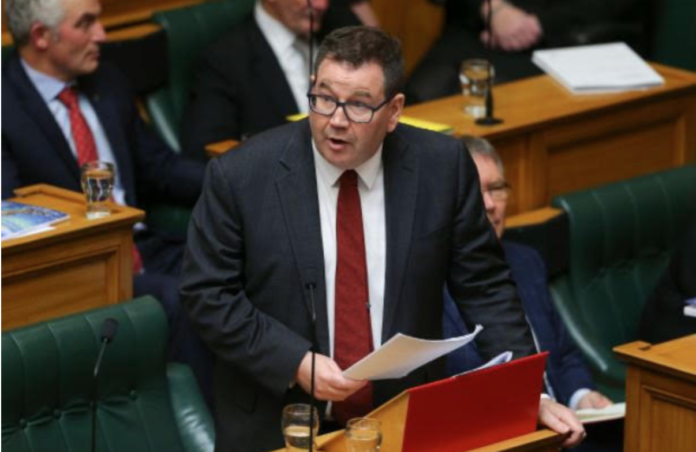 Well that was interesting, wasn’t it? And, no, I haven’t yet delved through the individual appropriations, so my thoughts come out of listening to Grant Robertson’s speech. And, yes, I am aware that there are gaps.  It was not a perfect budget.  But, by goodness, it was a Labour budget, and we haven’t seen many of those in 30 years.

And I say 30 years because that was Grant Robertson’s timeframe. The mother of all budgets, which relentlessly aimed to reduce the income of those at the bottom in order to drive wages down, was at the heart of his speech.

That budget was highly successful in grinding benefit rates down to poverty levels.  Wages followed. The earning gap between Australia and New Zealand yawned widely. Under neo-liberal settings, this should have meant that Australian companies would flock over the ditch and set up here, boosting our economy.

And while the wage falls did occur, the promised boost in investment never took place.  More than that, despite ongoing large pay gaps, number of large manufacturers took their business to Australia. Arnotts made millions of dollars for New Zealand.  Cadburys. Biccies and choc are good money makers. Building materials… so many areas.  We not only reduced the wages of our workers but we also de-skilled them.  It was the opposite of what needed to be done.

So how fantastic to hear a Labour Minister of Finance note that raising benefits will stimulate the economy, as beneficiaries spend the extra they are given.  This has always been true but has not been highlighted in the neolib playbook.

The focus on health and new house building also sounded like Labour is finally back in charge.  Not enough, for sure, but better than before.  And here again Grant had little digs at the neolib past in the health sector. He was quite restrained, actually.

Then it came to manufacturing. And there it was, the Labour gold standard – building railway carriages at the Hillside works in Dunedin.  Training and qualifying new staff.  A firm commitment to rail into the future. Oh the bliss of it!

Education and training were quite big winners in the budget too.  Apprenticeships etc, but also a commitment to supporting pathways into work for women and Maori, who have lost ground during the pandemic.  We will need to keep an eye on this space.

Thirty years ago the Mother of all Budgets made 90% of New Zealanders poorer and massively increased economic and social inequality.  The promised gains never came.  We have been a poor country since.

Whatever its shortcoming, this budget moves beyond this.  It gives permission to ramp up spending, support our people, stimulate the economy, create jobs, raise wages and take thousands of children out of material poverty. It is a proper Labour government budget, as close I can remember because there hasn’t been one since 1975, delivered with glee and gusto by a minister on his high moral horse, and committed to a fairer New Zealand.