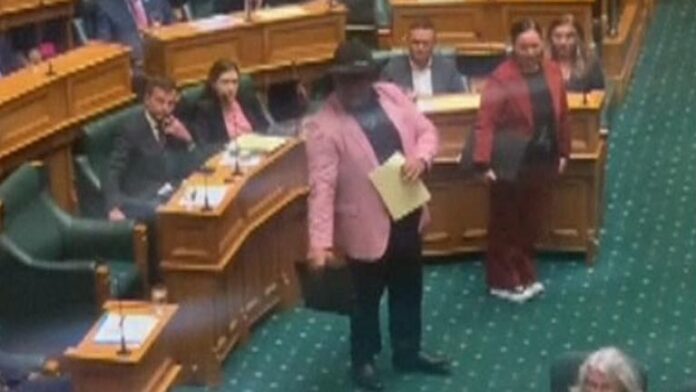 Last weeks Haka political theatre in Parliament had a number of political winners and losers.

Māori Party – They had to walk out! Watching their aspirations of co-governance spoken about in such insulting language demanded a response and their Haka provided that powerful political theatre. For a younger Māori demographic who are radical in their self love and pride in being Māori, the disrespect National are showing by framing the He Puapua report as segregation means the Māori Party are going to be walking out more than they stay in the chamber.

National Party – While it is outrageous and hypocritical in the extreme for National to be race baiting in this manner, they have every right as the Loyal Opposition to frame their criticism and questions of the Government anyway they see fit.   Judith can play the, ‘I don’t agree with what you say but I will defend your right to say it’ card. This smear that co-governance is segregation and that He Puapua amounts to a secret attempt to take over NZ borders n Qanon lunacy, but it will play well for older men who refer to the Prime Minister as ‘Cindy’. This is a war on the Right, and it’s about National pulling back some of the reactionary angry vote ACT picked up – the centre that voted Labour don’t see the Māori Health Authority as a secret coup.

Kelvin Davis – Gave the best speech of his political life in response to National’s smears. If there was a day for Kelvin to stand up, that was the day…

As Minister for Māori-Crown Relations, Davis said the solution is “walking across the bridge that is Te Tiriti o Waitangi from the non-Māori world into the Māori world”.

…managed to make up for his poetry.

Voters and Political Debate – This isn’t a true debate about the role of co-governance and the future of the Treaty. National are being disingenuous in the extreme by pretending to want a debate while promising to kill off all Māori political aspirations if they win the 2023 election. Our democracy and quality of civic debate is mutilated by the tactics National are stooping to.

ACT – National are trying to bring Don Brash’s Orewa Speech back from the dead to stop ACT cannibalising their vote and because David Seymour philosophically hates naked racism, he can’t join in with Judith’s cross burning jamboree and is left bitching about school lunches.

Personally, I think this race-baiting hypocrisy by National is a doomed strategy.

In 2023, for the first time ever, Millennials + Gen Xers will be a larger voting block than Boomers. Part of National’s terrible 2020 election result was due to this changing demographics . Some Boomers get very, very, very angry about Māori political aspirations but the next couple of generations know their history better and understand the injustice of the past.

Being angry at Māori is a bit like denying climate change, it only effects old people and increasingly they don’t have dominance at the ballot box.

The next generation are not as frightened and reactionary of co-governance with Māori which leaves National fishing for votes in an ever decreasing puddle.