It’s been two years since the Welfare Expert Advisory Group (WEAG) released their report ‘Whakamana Tāngata – Restoring Dignity to Social Security’ and in that period none of the full 42 recommendations have been implemented by this Labour government.

We are extremely disappointed and frustrated at the lack of action and implementation of recommendations of this report, which is now two years old, says Brooke Pao Stanley, Coordinator with Auckland Action Against Poverty.

The WEAG report is also a pre-Covid document, which means much has changed in the past two years. The recommendation for increasing core benefits isn’t enough in that report either. The government should be looking to use this report as a guide for transformation now, similar to how we’ve seen with the recent health system reforms.

We are still having to advocate for people in a low-trust system at Work and Income NZ. We’ve supported people who are left with $7 in their bank account after their essential bills have been paid, mothers with children in emergency shelter who are being coerced to find private rentals during a housing crisis, fathers with children being denied food grants, people still not being told about their full entitlements, wheelchair users being placed in accommodation that isn’t accessible. Not only that, the government continues to deny people the rights to their own existence by keeping benefit levels below the poverty line. We continue to deny people their own autonomy and allow for the legacy of colonisation and its impacts play out in this country.

We’ve been staunch in our calls to the government for Liveable Incomes For All as we work toward constitutional transformation in moving New Zealand to Aotearoa. We’ll remain loud in our calls to the Ministry of Social Development to adopt a high trust model when serving our communities, the same model they adopted when they administered the wage subsidy and Covid Income Relief Payment last year. We’ll continue to demand greater investment in universally designed state housing to ensure housing is a human right. We want less talk and more action from this Labour government.

Our Tamariki Maōri Should Not Suffer Any More: Green Party 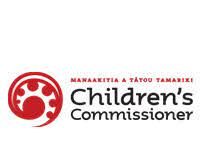