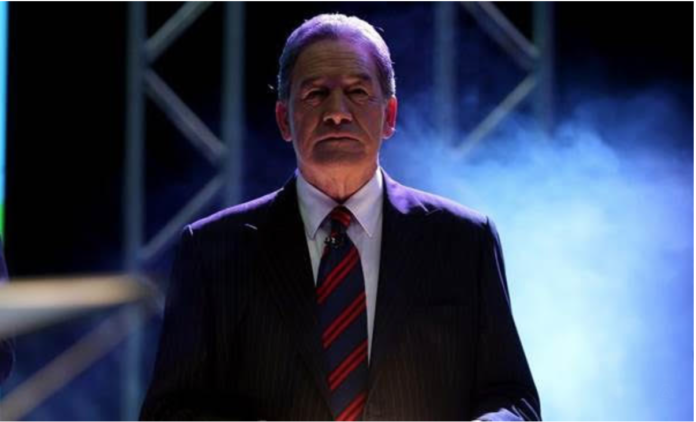 IS WINSTON PETERS on the comeback trail? At 76 years of age, there are many who say that Winston is too old to contemplate a return to Parliament. Then again, the President of the United States, Joe Biden, was 78 years old when he took the Oath of Office on 20 January 2021. So … maybe not. But, if he is serious about taking the comeback trail (and there are many well-placed to know who insist that he is) then from what quarter of the political compass should Winston set out? And, who will provide him with the wherewithal for what is always a very costly journey?

Winston’s knows well the path he and NZ First would be best advised to follow. It is a path with which the NZ First leader is already thoroughly familiar. Having followed it all the way to the Deputy Prime Ministership and a coalition with National in 1996, he is well aware of right-wing populism’s advantages and disadvantages. Few New Zealand politicians possess a better appreciation of how well anti-Maori and anti-Asian messages are received by large sections of the electorate. He is also aware of how much more effectively these familiar right-wing themes might be “sold” to conservative voters if they were associated with the “evils” of “liberal wokedom”.

It is often forgotten by those on the Left who range themselves alongside tangata whenua struggling for tino rangatiratanga and a te Tiriti-based constitution, that by no means all Maori subscribe to their cause. As was the case in the 1850s and 60s, there is a substantial number of Maori who are much more concerned to get their share of the good things made possible by the Settler State than they are with restoring the cultural status-quo ante. Winston is the perfect representative of these Maori, and in that role is able to attack “separatists” and their “sickly white liberal” allies with, if not impunity, then a great deal more success than any right-wing Pakeha politician attempting to do the same.

As the bi-cultural agenda set forth in the controversial He Puapua report  becomes more widely known, and uneasiness among Pakeha voters grows, the National Party, Act and NZ First will vie with one another for the “honour” of leading the fightback against separatism and wokeness.

For the moment, the advantage lies with Act, whose leader, David Seymour, is currently fronting a nationwide campaign against the proposed criminalisation of “hate speech”. He is also deploying to good effect the divisive content of He Puapua on the floor of the House.

National, by contrast, has so far failed to distinguish itself in any of these battles. Inwardly focused, and bereft of serious political talent, the largest party of the Right, to the dismay of its followers, drifts aimlessly: a ship becalmed by its captain’s inability to catch any breeze strong enough  to carry it out of the doldrums of electoral defeat.

National’s inaction leaves plenty of space for a reinvigorated NZ First to fill – if only Winston can find the money required to fund a credible comeback. Money (or the lack of it) has always been Winston’s and NZ First’s Achilles Heel. Time and again funding issues and problematic political donations have figured in the events that resulted in NZ First (and its leader) being voted out of Parliament. These misfortunes have made the raising of party funds an increasingly fraught undertaking. Potential donors could be forgiven for looking upon Winston in the same way aristocratic English ladies once looked upon Lord Byron: as someone “mad, bad and dangerous to know”. What NZ First needs is an injection of cash from donors with deep pockets and the skills to deploy it without precipitating another funding scandal.

Over recent years the place to go looking for this sort of assistance has been at discreet gatherings of Chinese business investors and their consular guides. Certainly, both National and Labour have benefitted from accepting such invitations. There’s no point in Winston attending these gatherings, however. Not when, as New Zealand’s foreign minister, he made it so very clear where his allegiances lay. Winston Peters, like his namesake, Winston Churchill, believes in the historical mission of “the English-speaking peoples”. Washington long ago marked him down as an “asset”. Beijing sees him as an adversary. From a Chinese perspective, keeping Winston out of Parliament serves their country’s interests much better than financing his triumphant return.

The Americans, on the other hand, have everything to gain by assisting Winston back into the role of king/queen-maker. With the “balance of responsibility” (as he likes to call the balance of power) Winston could furnish both National and Labour with a plausible excuse for distancing themselves from Beijing. The major parties’ leaders would be able to reassure the Chinese: “You know how we feel, but, what can we do? Without Winston, we cannot form a government. For the time being, we’re going to have to make nice with Washington. Please try to understand.”

To avoid the damaging charge of being Washington’s poodle, Winston and his party could play the Five Eyes card. If anyone can sell the argument that New Zealand’s fundamental interests lie in reaffirming its identity as a loyal member of the family of democratic, English-speaking nations, it’s Winston Peters. Certainly, the enunciation of such a position would be music to the ears of not only the Americans, but also the Australians, British and Canadians. The sort of music that could very easily persuade those nations to toss a goodly sum of money (via appropriate surrogates) into NZ First’s hat.

Nothing would be gained by Winston and his party following their usual practice of attempting to keep the sources of their financial support secret. Indeed, with a bit of luck he could turn the enthusiastic support of New Zealand’s traditional allies into an invaluable political asset. Anti-Chinese sentiment is growing in New Zealand at about the same rate as the electorate’s unease with the Ardern Government’s support for the liberal woke agenda. By casting himself as the defender of New Zealand’s classical liberal-democratic values, and his opponents as the enemies of those values, the moral and financial support of traditional allies might be transmuted into electoral gold.

Such is the nature of political competition that NZ First making itself the champion of a return to the English-speaking fold would trigger a powerful “patriotic” response from the National Party. As the principal representative of the Right, National simply could not afford to cede so much of its ideological territory to Act and NZ First. In short order, all three right-wing parties would take on the appearance of a solid electoral bloc committed to severing the ties binding Wellington to Beijing. Labour would be most unlikely to allow itself to be electorally positioned as the unpatriotic stooge of the Chinese Communist Party. It’s best bet would be to repudiate Nanaia Mahuta’s independent foreign policy and try to pass itself off as the leader of the new Anglophone realignment.

As a way of capping-off the NZ First leader’s career, this returning-New Zealand-to-the-English-speaking-fold strategy is hard to beat. In all the capitals that matter to him, Winston would be fêted as the statesman who brought New Zealand to its senses. For the many honours that would be showered upon him by a grateful Right – both at home and abroad – New Zealand’s loss of the Chinese market would not be counted too high a price. 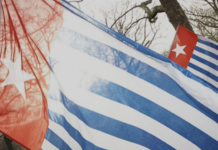 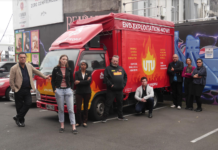 MAY DAY – UTU For Workers Union – Fight for Justice